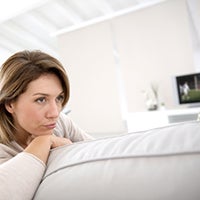 I am from Mexico. That is why you wouldn’t be surprised if I admit that I am a huge soccer (fútbol) fan. That is exactly why I was completely shocked when, in the middle of the World Cup in Brazil, I read an article about how domestic violence increased 25% in England during the 2010 World Cup, when the English team was eliminated by Germany in the round of 16.

This is one of the main results of a study by a criminologist at the University of Lancaster in England.   The study also found similar spikes in domestic violence in this country after games played by the English team during the 2002, 2006, and 2010 World Cups. Hence, this year the #standupworldcup campaign was launched to highlight the issue (see the video here).

The links between sports losses and violence against women reported by the University of Lancaster are in line with the other studies, such as one about domestic violence increasing during football games (American football to those of us not from the U.S.) in the United States.

This evidence is particularly noteworthy since it contrasts with studies which measure how common crime decreases in these instances: in Montevideo, Uruguay, robberies fell by 15% during World Cup games.  Apparently even thieves don’t want to miss the games.

With the World Cup having just ended in Brazil, obviously it is too soon for a detailed study on the impacts of the 2014 World Cup on violence against women, but recent news from Latin America suggest that  this phenomenon is not limited to England and the United States.

This is the case in Mexico City as well as in Costa Rica, where government officials have already reported increases in violence against women during the World Cup in Brazil.  According to data of the Ministry of Public Security and the National Institute of Women (INAMU, by its Spanish initials), the number of domestic violence incidents reported to the authorities increased by 200% every time the Costa Rican team played.

This increase has taken place within a national context where 3 out of 5 Costa Rican women suffer from some form of violence (physical or sexual) in their lives and 1 out of every 10 has been raped. Further, only 17% of the women who have suffered violence have reported it to the authorities.

Far from being an isolated case, this phenomenon in Costa Rica is mirrored all over Latin America and does not end with the World Cup in Brazil. That is why we continue to look for new and innovative ways to prevent and reduce this blight that is fed by cheap excuses like the defeat of a team in a soccer match.