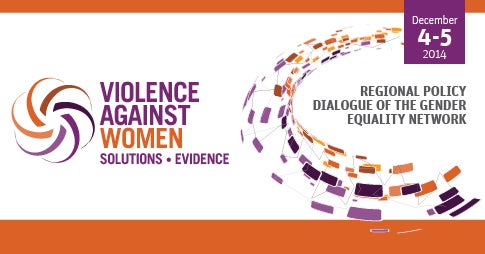 All of us know too well the devastating statistics and horror stories. Every single day millions of women and girls throughout the world are beaten, raped, mutilated and degraded simply for being female. Many live in daily fear of assault or are haunted by crimes that no one should experience. Gender-based violence is nothing short of an epidemic that transcends physical and cultural boundaries.

In the United States, Futures Without Violence was among the first groups 30 years ago to cast a spotlight into the shadows of homes where violence was prevalent. I’m proud to say that through strong collaboration, organizing and political will, we have succeeded in reducing domestic violence by 64% against adult women.

I don’t share that statistic to suggest that we’ve solved the problem –far from it- the daily headlines are a constant reminder of how far we still need to go in this country to stop domestic and sexual violence. Rather, I share that because it proves that this problem can be solved. That is the message I most want to share during the 16 Days of Activism and the IDB Regional Policy Dialogue of the Gender Equality Network: violence can be prevented and it can be ended.

But it will not happen in a day, and it will not happen if we work alone, and it will not happen if we always look at every example of success and say but that’s “there, it’s not here, here is different.” I promise you -and the Resource Guide that the IDB, the World Bank and the Global Women’s Institute launched this week supports this – every country, every community, rural, urban -every place you go in this world has women and men who have suffered from horrific violence and every place has women and men willing to risk everything to end it. It’s about how do we come together –governments and researchers and activists- to support those voices and give those willing to fight the knowledge and support to bring forward the best and most successful programs and leaders.

Make it about ending VAW

To accomplish this, we must first make it about ending the violence, not just waiting for it to happen, and desperately scrambling to provide help for women and children who are suffering, only to watch the same man abuse another woman. We must start early with our children and youth and focus on prevention, working with men and boys to change social norms that tolerate and condone violence against women.

Second, it is critical that we build alliances and find unusual allies and partners -including other ministries, the private sector and our greatest resources, our own local women.

We must show how reducing gender based violence is not only the right thing to do morally, but how it also is critical to the achievement of important national goals –building stronger economies, fostering more stable societies, improving education and health outcomes, and increasing political participation.

Most of our countries now have a National Action Plan for ending gender-based violence. These plans integrate prevention and response interventions into programs in many sectors, such as education, health, entertainment, labor, business, justice, and security. The challenge now is building the political will needed to commit scarce resources and spur collaboration across government agencies.

This is strong policy and good politics.  It doesn’t need to be complicated. It just needs to get done. Let’s get to work together!

Esta Soler is the President and Founder of Futures Without Violence (formerly Family Violence Prevention Fund), a leading non-profit organization in the fight against domestic and sexual violence. Her advocacy was instrumental in convincing the US Congress to pass the Violence Against Women Act in 1994, the nation’s first federal policy designed to reduce domestic violence.