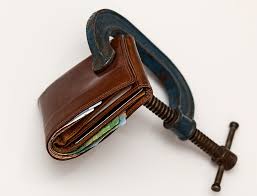 It’s never easy to get the wealthy to pay their taxes — and Latin America is no exception. Not only do they have the political clout to fight legislation that would increase their contributions relative to low-earners. They can afford top-flight lawyers and accountants to help them maneuver around their income taxes through loopholes and offshore tax havens. As a result, tax collection falls overwhelmingly on the poor, through sales taxes, or corporate taxes that are then passed on to consumers through higher prices.

The effect on the region, already among the most unequal in the world, is devastating. Low tax revenues deprive Latin America of the resources it needs to fight poverty. They hamper efforts to advance social development through improvements in roads, healthcare and education. And they contribute to social discord by feeding resentment against governments that appear to favor the elite.

What can be done? Coercing the wealthy to pay their taxes won’t work. Tax administrations are often too weak for the wealthy to have anything to fear. Instead, governments must be able to persuade the wealthy that progressive taxation is in their best interest and will provide them with important benefits like infrastructure development, security and essential state services. Defining and sustaining a fiscal contract between both sides is key. And that, in turn, requires governments to have credibility— the credibility that any commitment they make will endure over time, rather than be thrown to the wind each time a new leader is elected to office.

One key element in a government’s ability to inspire such credibility, according to an IDB study by Armin von Schiller, is the existence of stable, enduring parties oriented around policy platforms. As long-term players, attached to voters and not dependent on individual personalities, such institutionalized parties can increase cooperation and consensus within the political arena. They can prevent wild gyrations and foster moderation. More than ideology of even specific policy prescriptions, they can help ensure that commitments are real and promises are kept.

Indeed, according to the study, an institutionalized party system plays an especially significant role in the importance of the personal income tax in the tax mix where bureaucratic capacity is low, as it is in many countries of Latin America. In a consideration of such institutionalized systems around the world, measured as the ability of parties to endure over time, the marginal effect of one standard deviation of party system institutionalization at the lowest level of bureaucratic capacity is associated with a 43 percent increase in the weight of the personal income tax in the tax composition. At higher levels of bureaucratic capacity, the size of the effect gradually decreases.

The results have wide ranging implications. It is commonly assumed that taxes lead to wealth redistribution and therefore the rich will fiercely resist them, seeing no reason, in the absence of penalties, to pay them. But the research shows that assumption may be false. Perhaps the wealthy avoid taxes because they have little trust in government, because they fear governments will fall prey to opportunistic leaders and fail to honor commitments in areas like infrastructure development where they have a huge interest. Building stronger political parties can help allay those fears. It can give the rich the confidence to forge deals with government in which they provide more tax revenue in exchange for the services they value. That would not only help build Latin American societies, alleviating poverty and inequality in the process. It would have enormous spinoffs in terms of overall governance and state-citizen relations.

*Guest Author: Armin von Schiller is a research fellow at the German Development Institute and was a visiting researcher at the IDB in 2014