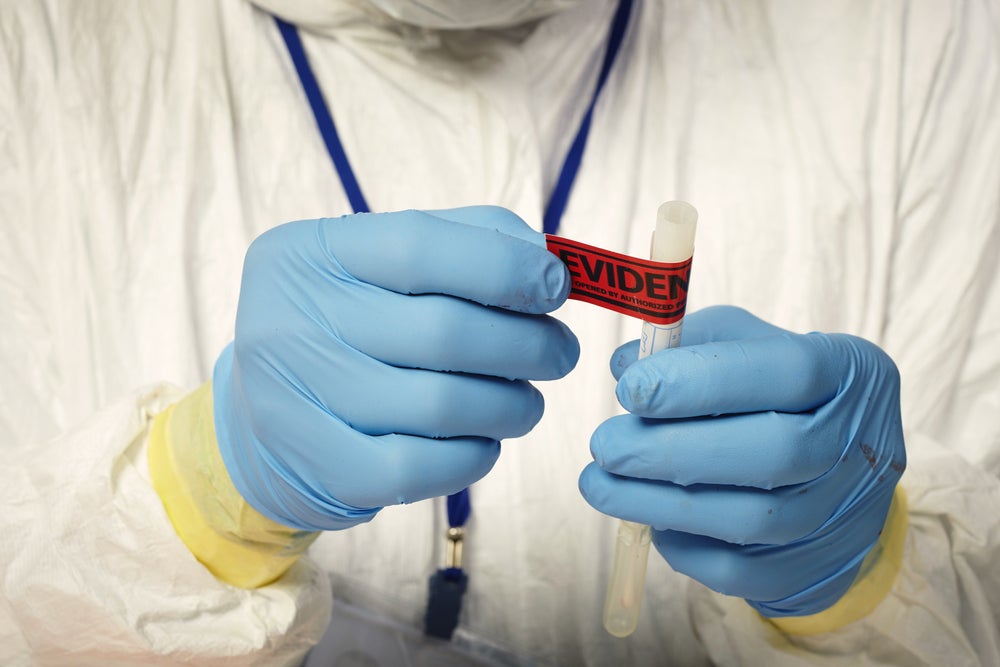 It lasts for thousands of years and can help police identify missing persons from a pile of bones or pinpoint criminals with astounding accuracy. But as police forces increasingly turn to DNA to help them solve crimes, concerned citizens in the United States have been raising alarms about issues of privacy, consent and unwarranted government intrusion into their lives.

For governments in Latin America and the Caribbean, only now beginning to use DNA technologies in the crime fight, those issues will surely also arise. And so will the question of what regulations may be necessary to confront them.

This creates dilemmas which surged in the United States in April of last year when police announced that they had arrested a suspect in a dozen brutal murders, as well as numerous rapes and burglaries, that had plagued northern California during the 1970s and 1980s. The arrest of the so-called Golden State Killer, after more than 30 years of fruitless leads, occurred after police took DNA retrieved from a 1980 murder scene, created a DNA profile of the killer, and uploaded it online onto a publicly available DNA data base, known as GEDmatch, which people use to trace their ancestry and search for relatives. That allowed police to identify distant relatives of the killer who had also posted their DNA profiles on the site, narrow the search,  and find the killer himself, using DNA from trash collected outside his house.

Since that time police in the United States have used techniques of  genetic genealogy — combining DNA profiles with family trees — to investigate more than 50  crime cases, mostly of murder and rape. But the techniques have raised serious questions: Should law enforcement agencies have to ask  permission of people to use their DNA data in solving a crime? Can they protect DNA information from third parties, like life insurance companies or even employers, that could use it to discriminate against people? And should governments be required to delete the DNA profiles of innocent family members from their databases once a crime has been solved, lest if fall into the wrong hands?

Latin America and the Caribbean has yet to begin offering commercial DNA-based genealogy services, like 23andMe and Ancestry.com that allow consumers to submit a swab of saliva or drop of blood that can be analyzed to determine a person’s ethnic origin and find distant relatives. Nor do publicly available services like  GEDmatch exist, which allow people to upload DNA profiles obtained from private companies and deepen their search. But given their popularity, such services will surely be available in the not too distant future in the region.

In the meantime, police forces are beginning to create DNA databases obtained from suspects and convicted criminals for use in investigating crimes. To date, Chile, Uruguay, Brazil and Jamaica have passed DNA database legislation allowing the collection and use of DNA, and in May of this year, El Salvador’s president, Salvador Sánchez, announced that the government was creating a national DNA laboratory. These are essential tools that could help the region confront its massive crime and impunity problem, but, as in the United States, issues of privacy and citizens rights will arise. 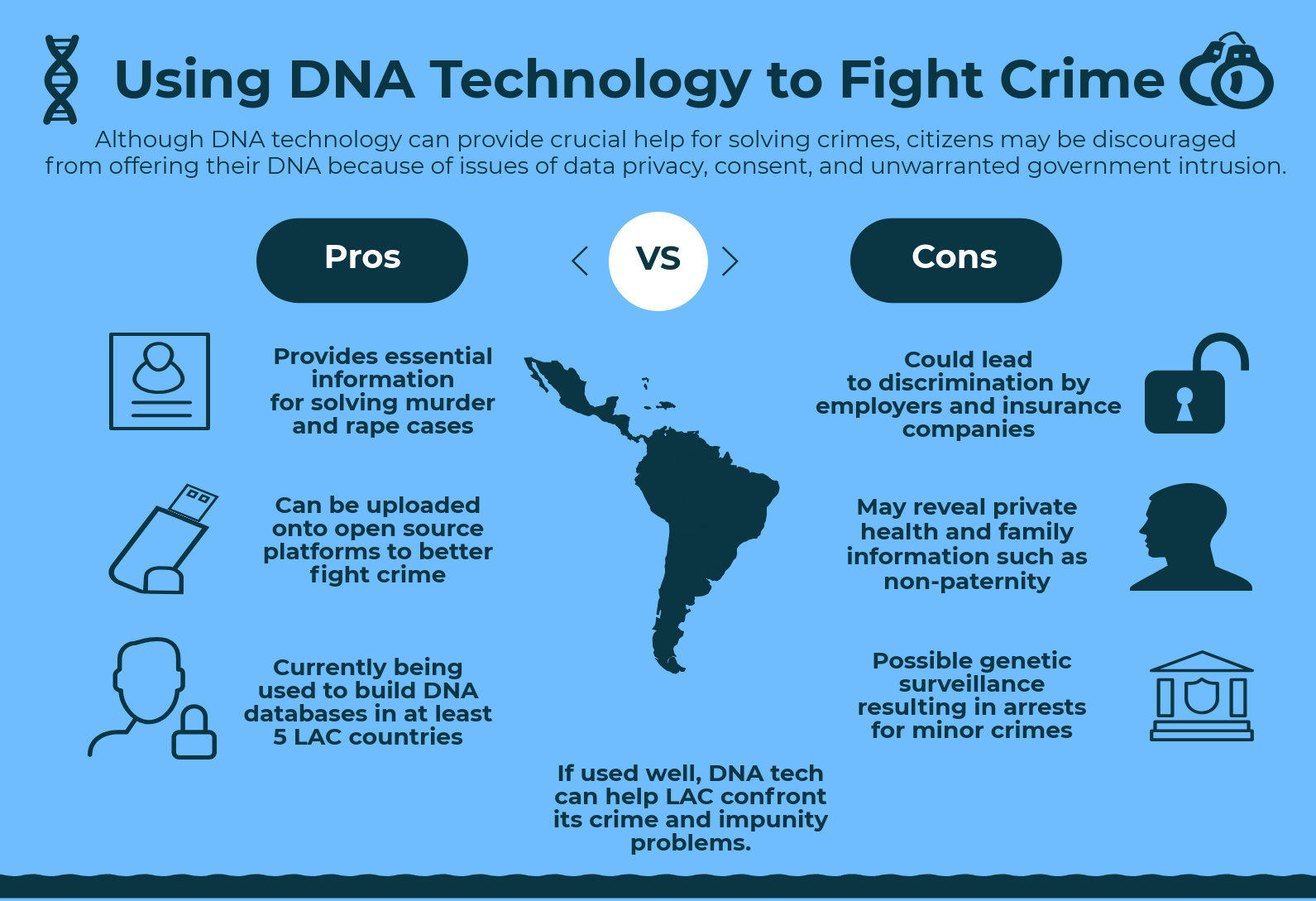 Experts say, for example, that with only a tiny percentage of the population’s DNA in databases, police forces could have a complete DNA profile of the entire nation at their disposal. Even today, police can create a sketch of a suspect from DNA matter left at a crime scene. All this leads to the possibility of what some have been calling the genetic surveillance state, where citizens might be arrested for even minor crimes or infractions based on their genetic profiles.

DNA profiles, if passed on to third parties, also can provide information on genetic defects related to health, as well as insights into matters that many families would prefer to keep secret, like cases of adoption, non-paternity and others. What are the  limits?

Ensuring people’s rights over their DNA

Some critics argue that people using ancestry sites should have the ability to decide whether police can use their DNA data in crime searches. In May, for example, GEDmatch, the platform used by the police in the Golden State Killer case, changed its policies to allow users to specifically opt-in to the possibility that law enforcement could exploit their DNA profiles in investigations. Some critics also say that police forces, uploading DNA to such websites in search of matches, should only be able to do so in cases of extremely serious crimes, like murder and rape. Still others say their should be a time limit — after a criminal case is solved — for police forces to destroy DNA information of a crime suspect’s relatives.

All these issues need to be debated by society, regulated by legislatures, and adjudicated by the courts. Latin America and the Caribbean currently has a homicide rate that is four times higher than the world’s average and a huge number of crimes unsolved. The arrival of DNA technology in that context can only be welcomed. But if police forces want to ensure that people are encouraged to come forward to  offer their DNA in the cause of better policing, governments must ensure that the right mechanisms are also in place to protect the innocent and limit the power of the state.