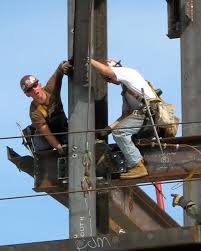 Can infrastructure programs both create employment and prevent crime? The question is not an easy one. Latin America and the Caribbean—like many other regions—has invested in municipal infrastructure to improve the well-being of its citizens. It has built theaters, recreation centers and sports arenas, paved roads, provided new lighting and better sewerage. It has used such programs to create jobs. And, in many cases, it has held out hope that by doing so, it also would reduce crime and its costs.

But the relationship between unemployment and crime is not as straightforward as it would seem at first glance. It might seem obvious that people commit fewer crimes when their economic conditions improve. Some studies in the United States have indeed found that improving the wages and unemployment rates of less educated males can have that effect. But others have found that police and other crime deterrence efforts are even more effective in improving safety. And still others have shown crime rates rising even as unemployment falls.

What seems clear is that, while there are no hard-and-fast rules, infrastructure programs can be effective under certain circumstances in achieving both goals. But the design of such programs is critical. A program’s benefits must be broadly shared, and economic inequalities among the population must decrease rather than increase.

Consider two cases of large public investment in local infrastructure. Between 2007 and 2010, the United States Department of Defense spent around $2 billion on the renovation and construction of four military bases in San Antonio, Texas. This rise in spending, equal to 3% of the GDP of the metropolitan area of San Antonio, created a large spike in demand for construction workers. Moreover, it buffered the local construction sector from the effects of the housing bubble and recession battering the United States. Unfortunately, not everyone was eligible for the program. As a stipulation of the military contracts, only people with clean criminal records (without felonies) could apply.

The result, according to a study by Mathew Freedman and Emily Green Owens, was that while poverty declined in neighborhoods with large amounts of construction workers, car theft, burglary and robberies by accused or convicted felons actually rose. For every one percentage point increase in the share of neighborhood jobs in construction, there was a 2% increase in robberies by accused or convicted felons, a 2% increase in car thefts and a 3-4% increase in assaults. Shut out of the job market, these criminals had found ever more lucrative targets to prey on as their neighbors became richer.

In 2009, by contrast, Spain began to implement a large-scale infrastructure plan with an altogether different approach. Carried out at the municipal level, this plan, funded by the State Fund for Local Investment (FEIL), focused on building recreational centers, schools, sports arenas and other facilities that could improve local amenities and indirectly increase social capital. It’s most immediate goal was to inject funds into the construction sector. Construction had crashed as the nation’s housing bubble burst, contributing to an employment rate that surged from around 8% in mid-2007 to more than 11% in 2008.

The impact of the program, as shown by Daniel Montolio in a study of 948 municipalities in Catalonia, was almost immediate. The central government invested around 1.3 billion euros in such projects in Catalonia. And critically, it imposed no restrictions—criminal or otherwise—on those who could apply for jobs. Consequently, as unemployment declined by an average of 11% in the five months after the program was initiated, property crimes fell by an average of 13%, with the biggest impact on robberies and violent car theft.

The implications for Latin America and the Caribbean are clear. Crime is an urgent problem for the region. It is among citizens’ principal concerns and is expensive. It forces the region to divert precious resources to police and private security guards. It affects trade and investment, business ownership, property values, and trust in public institutions. Moreover, it may successfully be prevented while attending to the local infrastructure needs of the communities. But that can only happen if infrastructure and unemployment projects are inclusive and improve economic prospects for everyone, including low-skilled males with criminal records.

*Guest Author: Daniel Montolio is associate professor of Economics at the University of Barcelona  and researcher at the Barcelona Institute of Economics (IEB). He was a visiting scholar at the IDB in 2015.