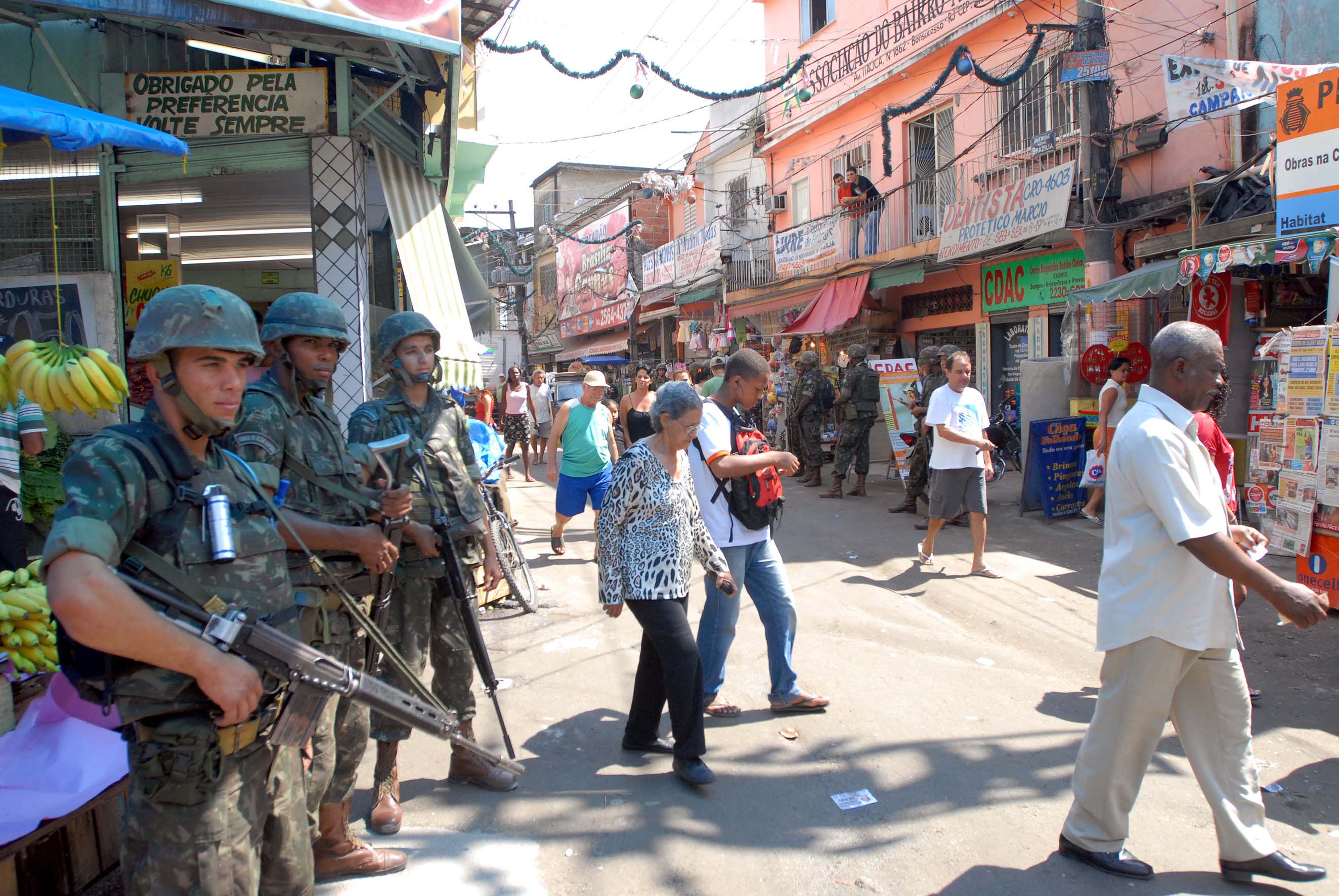 Before and during the Olympics in Rio de Janeiro, two different visions of the city emerged, at least partly from portraits in the foreign press. There was a glamorous Rio with its well-to-do sports fans, elegant neighborhoods and nightclubbers fired up by Samba and caipirinhas. And there was a Rio of the slums or favelas, with their poverty, drug gangs and killings.

To be sure, a similar profile —minus the Samba and caiprinhas—might have been written of Los Angeles during the 1984 summer games. Or for that matter of Barcelona or Athens, among other recent Olympic venues. Nonetheless, the fact that at least 14 people died in drug-related gun battles in the favelas during the 16 days of athletic competition has turned the city, South America’s first Olympic host, into a symbol. It has come to represent, at least in the eyes of some, the inevitable link between inequality, poverty and crime in Latin America’s large metropoles.

That is perhaps not surprising. Latin America and the Caribbean has the highest levels of inequality and the highest rates of homicide in the world. Rio, where 1.5 million people or nearly one-quarter of the population lives in favelas, may have a drug and gang problem. But it is only one of many cities in the region where desperation over lack of potable water, functioning sewage systems, and other city services, as well as a dearth of employment opportunities, provides fertile ground for gang recruitment and lawlessness.

Still, the relationship between inequality and crime is not as clear cut as it might seem. Between 2000-2012, the proportion of people living in poverty in Latin America and the Caribbean fell from 42% to 25%, according to United Nations figures. Tens of millions of people saw their incomes rise, and inequality fell precipitously, with the Gini coefficient—a measure of income distribution— dropping by around 3 points in Latin America during the first decade of the millennium. But those gains did not decrease homicides, according to a report in Insight Crime. Instead, homicides surged, doubling or nearly doubling in Mexico, Peru, and Panama, and reaching extremely high levels in El Salvador, Honduras, and, according to other reports, Venezuela.

Among the many explanations, according to an article in Americas Quarterly, are elevated rates of youth unemployment, weak institutions that permit patronage and impunity, and the astounding power of drug cartels managing an estimated USD$330 billion in revenue per year. Moreover, if inequality has declined, it continues to provide a consistent source of frustration for those who feel they have nothing to lose.

Whatever its reasons, the impact of antisocial behavior has been profound. With 10% of the population and 30% of firms falling victim to criminality at some point, according to a recent IDB report, citizens in Latin America and the Caribbean rank crime and violence as their top concern. At an economic level, that has meant significant costs. In Mexico, for example, where homicides rose nationwide between 2006-2010 from 9.32 to 21.8 per 100,000 people, an increase in 10 homicides per 100,000 people in drug trafficking areas reduced employment by 2-3%, according to the IDB report. Economic activity also appeared to fall in those areas, with up to 7.4% less electricity consumed. And, where criminals struck, homes values declined, with particularly strong impacts on less wealthy neighborhoods.

Meanwhile, there also have been vast health and social consequences. To site one small example from the IDB report, research shows that a single homicide near a pregnant woman’s home in Brazil can trigger a premature delivery and increase the probability of low birth weight by around 6%. That, in turn, can translate into long-run problems in terms of disease and neurological impairment, as well as educational and job-related achievement.

What all this means for the region’s future is anyone’s guess. But given the dramatic consequences of crime and the recent downturn in economic indicators, governments will probably have to build on measures that already have succeeded in reducing or at least keeping criminality at bay. One obvious case are conditional cash transfers, which provide payments to families if they meet certain conditions, like keeping their children in school and off the streets. A study in São Paulo found that neighborhoods where the Bolsa Familia program was in effect between 2006-2009 showed a 21% reduction in crime, with especially large decreases in robberies, and smaller drops in drug-related crimes and crimes against minors, according to the IDB report. Community programs that pry youth from gangs with sports, job training, and substance-abuse treatment also can be effective, as can public information campaigns that encourage people to report criminal activity.

When the Olympics in Rio came to an end with its spectacular closing ceremony of song and dance and the more than 11,000 athletes headed home, Brazilians had achieved a new landmark. They had pulled off an athletic and artistic celebration of unusual proportions and unusual success in the glare of the world’s attention. Now the reality of everyday life returns, and with it, the immense challenge of defeating a scourge from which all of Latin America and the Caribbean suffers and whose causes are, as of yet, but dimly understood.