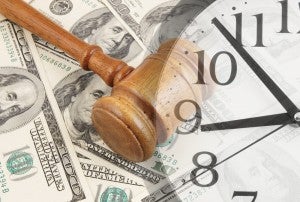 The costs of Latin America’s alarming levels of crime and violence go far beyond even the suffering of the direct victims. They have very real economic, as well as social, repercussions.

In Uruguay, crime-related costs absorb 3.2 percent of GDP, diverting critical resources from more productive economic priorities. In Mexico, violence increases unemployment, closes businesses, and cripples municipal revenues. In Brazil, crime can reduce the value of your home. From Colombia to Mexico and across the region, crime erodes trust in government and cooperation with the police—a vicious cycle that undermines the very institutions responsible for protecting the public in the first place.

These are among the findings of a series of IDB studies that aim to quantify the cost of crime and violence. The overarching conclusion is easy to summarize: crime is incredibly expensive.

How bad is it?

In Uruguay—actually one of the region’s safer countries, but with a crime rate on the rise—the cost of crime in 2010 was estimated at $1.2 billion. The price tag includes crime prevention, law enforcement, property losses, and judicial and prison costs. Uruguay spends more than $67 million a year just on medical treatment of victims of violent crimes. The country’s GDP in 2012 increased by an estimated 3.5%, so the cost of crime projected forward to that year would have nearly neutralized growth (Aboal, Camponella and Lanzilotta).

In Mexico, an increase of 1 homicide per 100,000 people in drug trafficking areas reduced annual municipal incomes by 1.2 percent. That is an exponential figure considering that on average the number of homicides in these areas tripled from 2006-2010. In addition, an increase of 10 homicides per 100,000 people reduced employment by 2-3 percent and the number of business owners by nearly half a percent.  Finally, these municipalities consumed as much as 7.4% less electricity per capita than comparators, a statistic widely used as a proxy for economic activity (Robles et al.).

Crime and violence can also affect property values—or perceptions of them, which can be just as important in the real estate market. In Brazil, increasing the sense of security in the home by one standard deviation boosts average home values by more than $750. Applying the finding to all 18 million households included in the IDB study area would increase home values by $13.6 billion.

Put differently, of course, a sense of insecurity in the home intuitively might well decrease home values by just as much.  For example, a study in Mexico found that a 1 percent increase in homicides reduced home values by 1.8 percent. Importantly, the study actually found less of a decline in home values among wealthier households, meaning that the effect is by no means limited only to the well-to-do. It more strongly affects a far broader reach of homeowners of more modest socioeconomic status.

What does crime mean for business? Figure 1 illustrates firms’ losses from crime as a percentage of their sales. The numbers come from a survey conducted by the World Bank with the support of the IDB in Latin America. The results confirm that Uruguay suffers relatively less than its regional neighbors, with losses of about 0.32% of annual sales. Only Colombia and Panama boast lower rates. At the other end of the spectrum, Venezuelan firms suffer the most, losing 1.44% of sales to crime. Mexico and Guatemala are other regional leaders in corporate losses due to crime.

Figure 1: Losses to Firms Due to Theft, Assault, Vandalism or Arson (% of sales)

Finally, the most insidious effect of widespread criminality in Latin America may well be the most intangible and difficult to measure—its impact on trust in the authorities. Corbacho, Phillip and Ruiz-Vega, using a 2007-08 Gallup survey of 19 Latin American countries, found that trust in the police and the judiciary in Latin America significantly lagged world levels. The credibility gap can be seen in a finding in Mexico that for every 100 crimes, only eight police reports are generated and one sentence handed down.

Addressing such perceptions may seem a daunting task, but some successful efforts are in fact under way. In Bogota, Colombia where homicides, robberies and burglaries have actually declined in recent years, authorities undertook a public information campaign to communicate the improvement in crime trends and encourage cooperation with law enforcement. The campaign increased the share of people feeling safer by 30 percent, improved ratings of police effectiveness in dealing with robberies by 5 percent, and reduced the share of people who said they distrust the police by 11 percent (Ardanaz, Corbacho and Ruiz-Vega, 2014).

Changing how people think may seem a small step indeed in the face of Latin America’s dire crime problem, but it is a step, and in the right direction.

Carlos Scartascini is Principal Economist in The Research Department of the Inter-American Development Bank.