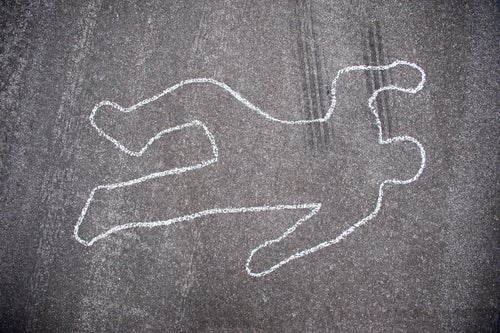 In 2008, a turf war erupted between the Tijuana and Sinaloa drug cartels, leaving tortured and murdered bodies strewn across the landscape near Mexico’s border with the United States. As kidnapping surged and homicides surpassed 800 in Tijuana, souvenir and clothing shops shuttered, and restaurants and bars emptied out. The heart of the city—a former mecca for day-trippers and night-clubbers from the United States—became a ghost town.

But a strange phenomenon occurred to the overall economy of the city of just over 1.3 million. While the violence ravaged the tourism and retail sectors, it scarcely affected manufacturing. Multinational electronic and textile firms took greater precautions. They purchased more armored cars and hired more bodyguards. But they stayed put, continuing to employ large numbers of people. For these firms, beefed-up security was cheaper than moving to another country and losing the comparative advantage of proximity to the US.

The change in the economic ecosystem was nonetheless significant. As Viridiana Ríos, the featured speaker at a recent IDB seminar and author of a paper on violence and economic diversity, points out, one of the biggest impacts of violence is in reducing economic complexity. Local economies do not always contract when struck by criminal activity. They simply become less diverse as more resilient industries stay the course and, even thrive, while others drop out or are crushed. Indeed, according to this analysis, an increase of 9.8% in the number of criminal organizations in a city or region is enough to eliminate one economic sector— whether it be tourism, retail or some other. A 5.5% rise in gang-related violence or an increase of more than 22.5% in the homicide rate will have a similar effect.

In this struggle, the nature of different economic sectors determines their survival. In Mexico, for example, much oil and natural gas exploration occurs in the coastal state of Tamaulipas, which has been hit by killings, kidnapping and extortion by Los Zetas and the Gulf Cartel for years. Oil companies, however, are used to operating in high conflict regions. They incorporate greater security into their costs. Indeed, for these firms, the biggest impacts to their business come, not from crime, but from the international prices for their products. The same can be said of mining, which as an industry is accustomed to operating in some of the most precarious places in the world. And it is often true for manufacturing. From 2009-2010, when Ciudad Juarez was the most violent city in the world, the manufacturing industry there created 23,000 jobs, an increase of 16%. Violence, of course, is food to the private security industry. Between 1996-2011 the number of private security firms in Mexico nearly doubled to 10,000, employing around 500,000 people.

Other types of firms, meanwhile, may easily disappear amidst criminal activity. Companies in retail and tourism are prime examples. But evidence also suggests—though it is yet to be proved—that smaller firms, which cannot afford private security, may also be forced out of a market by violence, as may younger firms, where the killing or kidnapping of a manager is particularly costly in terms of the loss of experience. Informal firms, which fear alerting authorities to their illegality, also may fold when threatened by crime.

How should we look at crime’s costs? Many studies have focused on the impact of violence in reducing economic activity. But perhaps we should be equally concerned with its impact on the nature of that activity. An economy dominated by mining, agriculture or oil is less complex than one in which those sectors co-exist with finance, technology, retail, tourism and others. And complexity is good for economies. Less diverse economies are also less innovative ones. They engender less of the cross-fertilization of skills and experience that lead to new products and ways of conducting business.

In Tijuana, a medical tourism industry which allows Americans to obtain much cheaper procedures across the border has become an important part of the economy. This innovative idea, a product of combining the city’s skills in tourism, technology and medicine, would be derailed if crime destroyed tourism altogether. Millions of dollars in investment would be lost. It is one of countless reasons for keeping crime groups in check. A more peaceful city is a more diverse, creative, and innovative one, and its long-term economic prospects are ever more bright.