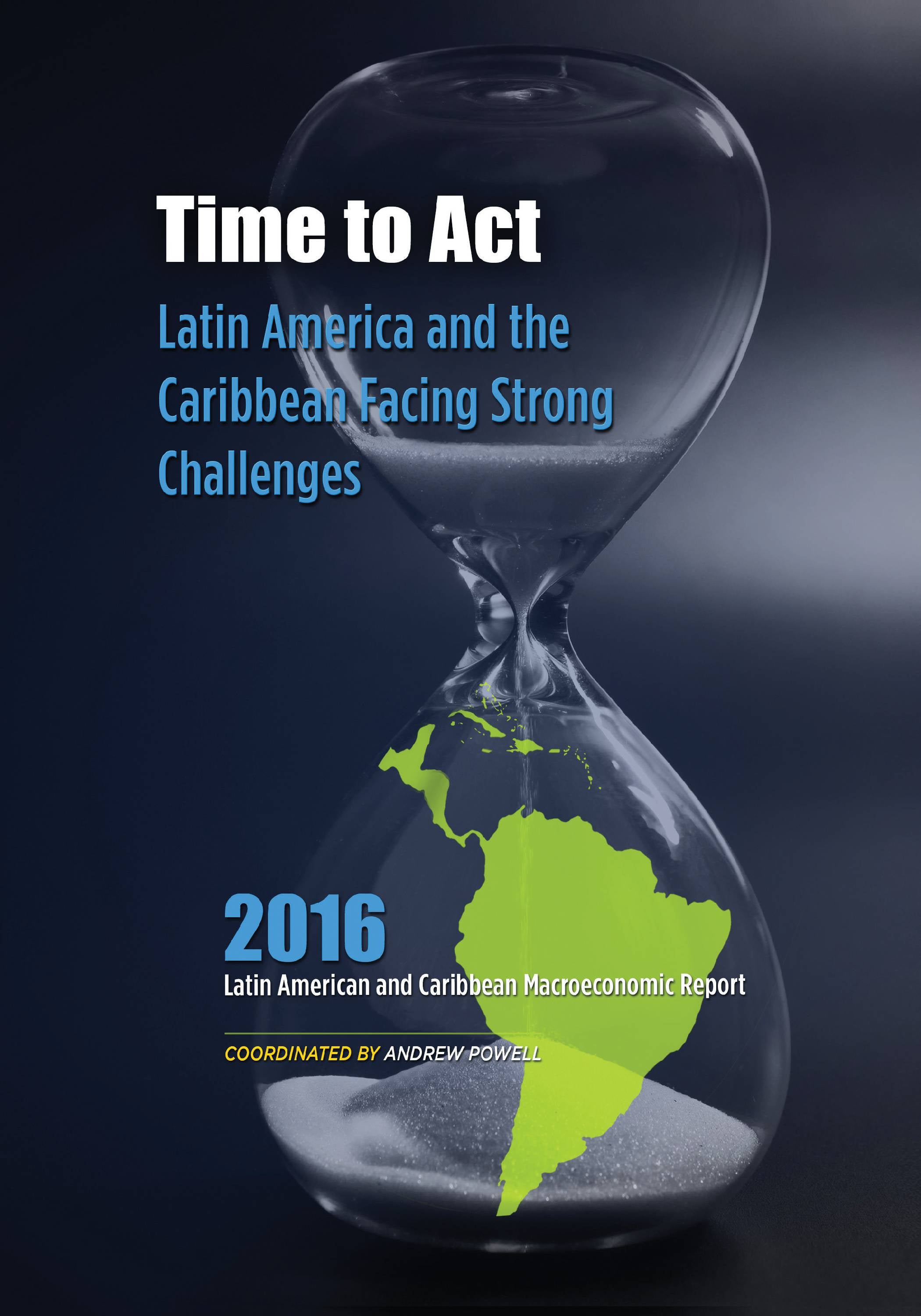 Economies grew, millions were lifted from poverty, and social safety nets widened to support a growing share of vulnerable populations. When the United States and Europe experienced sharp downturns during the international financial crisis of 2008 and 2009, some governments in the region were able to increase spending and keep their own economies from slipping into recession.

Then, the global commodities boom ended. China’s growth began to slow and demand for copper and oil, among other goods, declined. Developed countries had emerged from the Great Recession, but their slow and disappointingly mild recovery provided relatively little benefit to the rest of the world.

This sequence of events created the conditions addressed in the 2016 Macro Report “Time to Act: Latin America and the Caribbean Facing Strong Challenges,” presented by Andrew Powell at IDB headquarters on April 14th. These conditions include low growth rates in the region as a whole and even negative growth in a small number of countries. Moreover, as commodity exporters have seen their revenues fall, oil-importing countries have benefited less than expected from the drop in petroleum prices.

The receding tide of growth has subsequently exposed countries’ vulnerabilities and policymakers’ limited options for addressing them. Most governments can no longer resort to the luxury of fiscal stimulus policies, and many have returned to the pattern of pro-cyclical adjustment that prevailed historically in the region. Unfortunately, some countries have recently relied heavily on cutting the capital expenditures that are known to raise growth. Many central banks, moreover, are largely constrained by their respective mandates to hold down inflation or maintain stable exchange rates, meaning that monetary policy cannot be deployed to counter the downturn.

In this environment the private sector has inevitably suffered. The region’s corporate balance sheets have deteriorated in recent years, and leverage has risen even as profitability has fallen, while currency depreciation has affected investment. Measures of firm solvency have correspondingly fallen. Since corporate debt in Latin America and the Caribbean consists largely of bank loans rather than market-traded equities, firms’ risks can also pose a risk to financial systems.

As if these difficulties weren’t enough, the region’s prospects are further complicated by long-term labor market trends. Over the last several decades the population has consisted of an unusually large share of working-age adults in relation to children and the elderly, and the IDB estimates that in the previous decade this high level of labor intensity increased growth by 2 percent. The aging of the population, though, is already eroding this “demographic bonus,” and in the current decade labor intensity is expected to raise growth by only 0.6 percent.

What, then, can be done to increase growth and maintain recent and possibly fragile gains in prosperity and social protection? Easy answers and “quick fixes” are not available. As soon as possible, policymakers should work to limit their countries’ vulnerability to external developments and shifting demographics.

To ensure future growth and meet other goals such as holding debt down to manageable levels, countries will have to implement a variety of measures. While specifics will vary from one country to the next, policies should seek the following overall objectives:

Even these measures leave room for improvement. Ultimately, Latin America and the Caribbean must revisit the trade agenda and move beyond the current patchwork of agreements to integrate more fully and achieve the efficiency the region needs to compete globally.