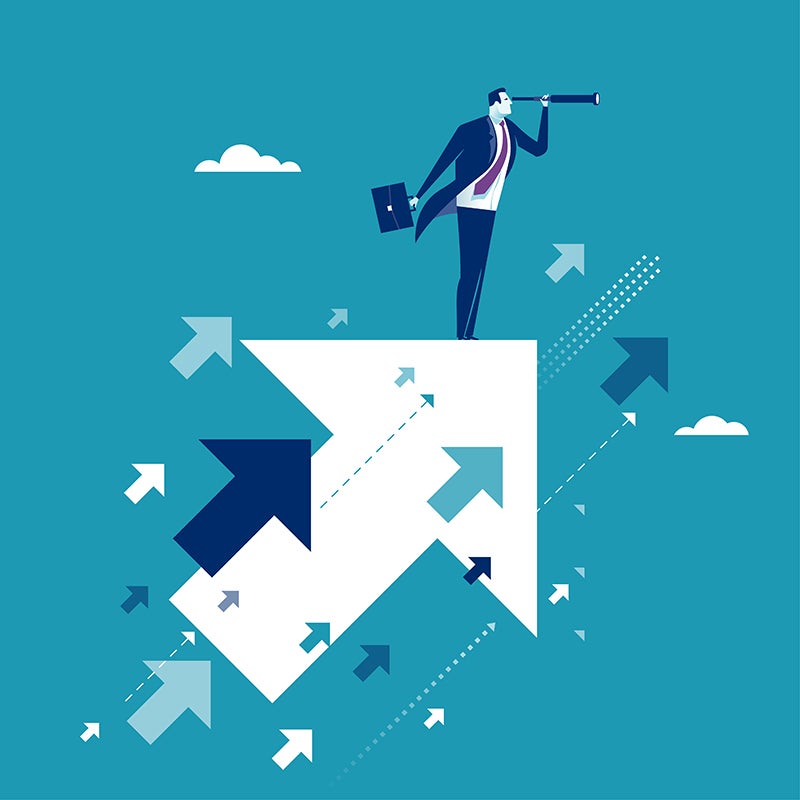 At the end of the third quarter, the growth forecast for Latin America and the Caribbean was an estimated -0.6% for 2016. For the first time since 1982-83, the region is expected to post two consecutive years of negative growth. However, looking beyond the numbers there is some good news in this latest report.

To begin with, things looked considerably worse earlier in the year. True, during the first and second quarters of 2016, the region’s economies were being forecast to contract by 0.5%. These projections reflected internal balance sheet and monetary adjustments, a hostile external environment dragged down by low world growth, high financial volatility prompted by foreign exchange instability and the continuing slump in commodity prices, which fueled capital outflows from the region.

But the numbers tell only part of the story. What’s important are the trends. What has changed since the beginning of the year? Above all, the international horizon looks decidedly brighter as external shocks appear to have become less intense. Commodity prices are no longer in free fall, long term interest rates in developed countries remain ultra-low in response to continued proactive monetary policies, and access to global capital markets remains open thanks to the relative risk tolerance of international investors. Given these trends, Latin American EMBI (Emerging Markets Bonds Index) spreads have declined by approximately 30%, capital inflows into the region have picked up, and in turn, exchange rates have stabilized in most regional economies (see Figures 1 and 2).

What accounts for the slip in the numbers? To a large extent, the worsening conditions in four out of six regional economies in recession; the recent deceleration of Mexico due to the weaker than expected investment in the U.S; and geopolitical risks related to the U.S. elections offset an uptick in the rest of the region. Certainly, Brexit sent shivers through the region and fed concerns over growth and asset prices (see a previous blog BREXIT: What does it mean for Latin America and the Caribbean). However, economic policy adjustments in Argentina and, most importantly, Brazil brightened the medium-term growth prospects for these two economies as well as for the entire region. The adjustments prompted markets to both validate improvements in regional country risk and stock market conditions.

Clearly, Latin America and the Caribbean is not a monolith and the weight of some countries can skew regional trends. The IDB’s latest Macroeconomic Report documents 2014-2020 as the region’s lowest average growth period of the last 20 years, but not all countries have suffered equally. Although the region will contract for a second consecutive year, the six fastest growing economies will average growth rates of around 4.5% (IDB’s Latin Macro Watch). In 2016, according to WEO forecasts, six countries will see their GDPs contract, but in 2017 the region is expected to rebound with expected growth rates around 1.6%. The IDB expects the region as a whole to return to stronger growth close to the 40-year average by 2020.

Another silver lining lies in the region’s admirable response to the most recent affront from abroad. Given the intensity of the external shock that wracked the region in 2014, preliminary data suggest that the region has shown greater resilience to the international crisis than in the past thanks to improved institutions and policies. Thus, during the past eight months, gradually, but perceptibly, regional economies have been correcting their most threatening imbalances or at least have announced policies capable of correcting them within the medium-term. In terms of monetary policy, efforts to rein in inflationary pressure despite negative output gaps have shown positive signs lately. In most South American countries, inflation expectations have already begun to recede after absorbing the impact of recent currency depreciations mainly on food prices (See Figure 3). For instance, the inflation outlook in Brazil and Colombia looks positive given that both currencies have stabilized after large initial depreciations and food prices have remained fairly steady. Chile and Peru experienced smaller depreciations that still contributed to a rise in food prices, but further stabilization of their currencies and the fading impact of last year’s “El Niño” should also ease inflationary pressures. In the case of Argentina, the outlook is slightly brighter since the Supreme Court decided to reverse hikes on gas tariffs. On the other hand, Mexico’s lagged impact of its recent depreciation and the volatility of Mexican food prices suggest that more inflationary pressures are still to come. Even more alarming is the case of Venezuela, where growing shortages of goods and money creation by the central bank to finance the government deficit is intensifying hyperinflation concerns. The imbalances in current accounts are also being corrected and evidence exists that most of the large economies in the region will again be able to finance the deficit with FDI. Regarding budgetary imbalances, 15 countries have announced explicit adjustment programs that are expected to cut spending by an average 1.7% of GDP and boost revenue by 1.1% of GDP in the next five years. For most countries, these corrections in a context of greater growth guarantee sustainable levels of public debt to GDP.

Before breathing too deep a sigh of relief, some important caveats to this outlook are in order. The outcome of the upcoming U.S. presidential elections and other external developments will undoubtedly play an important role in shaping the regional economic environment going forward. Most importantly however, countries in the region face two fundamental challenges in the coming years. First, they must stay on track with the policies that have been announced to address their imbalances. Second, they must return to a path of sustainable and inclusive growth. Beyond what happens to “actual” growth rates in the short-term, the region desperately needs to boost its “potential GDP growth rates,” which have steadily fallen from 4.25% in 2008 to 3.1% in 2016—equivalent to a 25% reduction (see Figure 4)! Moreover, after 20 years of progress in social indicators such as infant mortality, access to drinking water, elementary school enrollment and life expectancy, Latin American society has come to expect a steady improvement in its welfare. More specifically, the slow-down during the 2010-2016 period has not dampened the legitimate desire of citizens across the region for more prosperous economies and personal prospects. Returning to “actual” growth rates in the neighborhood of 3%, which is about twice the rate expected for 2017, is the first step. But this is only one step. In order to satisfy citizens’ expectations for improved well-being, it is essential to both increase the growth potential of economies—which in turn requires a complete restoration of macroeconomic imbalances— and undertake reforms to improve the underlying productivity of economies.

Of course, political economy, rather than pure economics, may be what ultimately determines whether countries reach their goals and how their economies evolve in the coming quarters. Governments must further strengthen their political institutions to be able to develop better, more targeted, more transparent and more accountable public policies—but they can’t do it alone. The private sector, specifically the technology sector, must also chip in to take on the challenge of cementing a sustainable growth model that addresses real regional problems, such as growing unemployment and inequality.