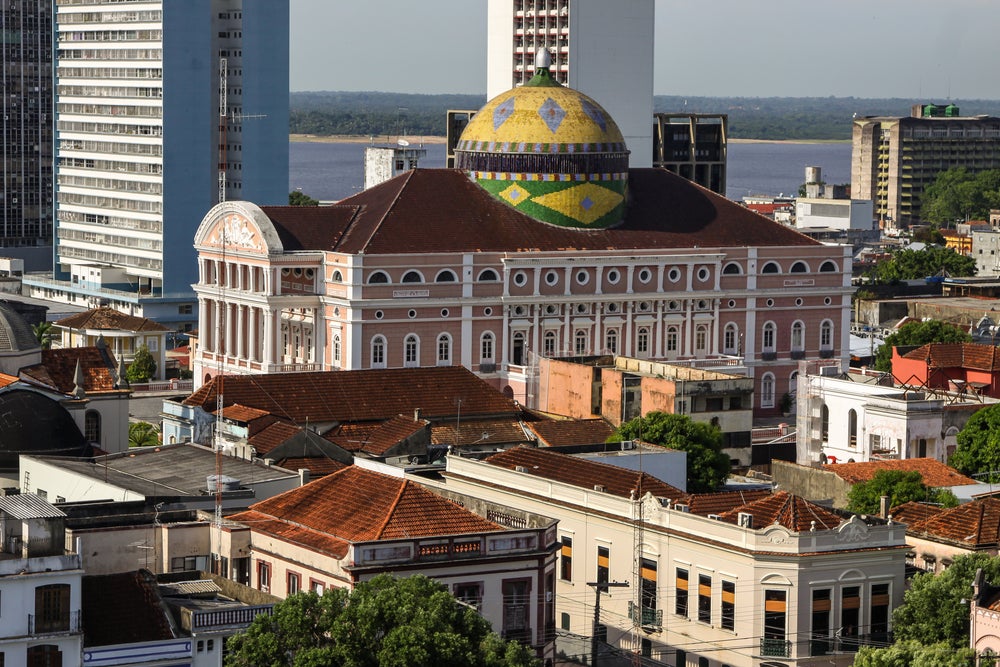 When Brazil’s government decided in 1967 to create a free trade zone in Manaus, it had glittering visions of Amazonian development. Located at the meeting point of two tributaries of the Amazon river, the so-called “City of the Forest” had fallen on hard times since the end of the rubber boom nearly a century before. Generous reductions in import tariffs and other tax breaks, the government thought, would encourage manufacturing firms to set up there and turn the once elegant port city into an engine of regional prosperity again.

Today the policy remains controversial, and the evidence for that vision’s success is ambiguous at best. Government action does appear to have had a positive effect on Manaus’ GDP per capita.  However, the bulk of the growth came from the expansion of the services sector — primarily from tourists entering the city to buy consumer goods at cheaper prices.

Meanwhile, there was no significant impact on productivity in manufacturing. And in agriculture, productivity fell as workers left productive jobs in the countryside to work in factories that had become profitable through subsidies rather than through improved levels of efficiency.

The dilemmas of place-based policies

The story of Manaus is important in part because it illustrates a key dilemma of place-based policies, those government initiatives targeted at a particular geographic area, like a region, city or neighborhood, rather than focused on groups of people.

Such policies typically involve investments to create jobs and increase productivity in a given locale.  But they also create artificial incentives for firms and workers to relocate from places where they would have been more productive. As a result, they  may benefit the locality where they are implemented, but hurt other places, and the national economy as a whole.

Moreover, place-based policies may fail to even help the places they were intended to benefit. As I discussed in a previous blog, if a local development policy creates economic opportunities, the resulting influx of people into the city can also drive rents up and slow down wage growth. With the exception of homeowners, that would negatively impact local residents.  Migration, in this dynamic, can undermine policymakers’ good intentions of improving an area.

Unexpected consequences also may result from people leaving their hometowns.  Consider the case of educational investments. A wide body of evidence shows that more educated cities tend to have more economic growth. Educational spending  would seem to be precisely what cities need. However, in a recent study I examined a national program in Brazil, known as FUNDEF, which was initiated in 1997-1998 and which redistributed resources for primary and middle school education. As a result, some municipalities spent extra funds on education and others didn’t. How did they fare?

When I studied the beneficiaries of the program 12 years after its implementation, I found that many municipalities had lost educated people, and those that remained were actually doing worse. The program had worked out well for individuals. A one percent increase in the local education budget was associated with 2.6 percentage points higher likelihood of completing primary school, as well as a greater possibility of being employed and of receiving higher wages. But because many of the beneficiary municipalities didn’t have sufficient jobs for their more educated workers, there was a “brain drain” as people migrated to places of greater economic opportunity. Indeed, every one percent increase in education spending by a municipality, was associated with a 0.8 percentage points increase in the likelihood of leaving the area for somewhere else.

The success of a US-based program

There are, of course, successes and failures in place-based policies. We are still learning about the characteristics that make an intervention more likely to fit into one or the other category. But something that appears to give them a better chance of success is the existence of rules that make mobility more difficult.  A study by Matias Busso and co-authors shows remarkable success for an urban Empowerment Zones program that unfolded in the United States in the 1990s. The initiative, which funneled hundreds of millions of dollars in tax breaks and grants to encourage businesses to locate and hire in impoverished areas of cities like Atlanta, Baltimore and Chicago, could have sparked increased commuting into the recipient areas, undoing some of the program’s positive effects. But the benefits provided by the policy were restricted to individuals who lived inside the zones. That meant that people in other neighborhoods would have had to spend significant resources in relocating there and generally avoided doing so. As a result, employment and wages rose in those areas that benefited from the program, without major changes in population or housing rents.

How policymakers incorporate these lessons can greatly improve the effectiveness of local economic development efforts in Latin America and the Caribbean. What we know is that policies that target places can have unintended consequences when the effects of commuting and migration are not taken into account. But these unintended consequences can be prevented and even turned into opportunities if policymakers ask themselves if people are likely to migrate as a result of their initiatives and how that may affect the desired impact.