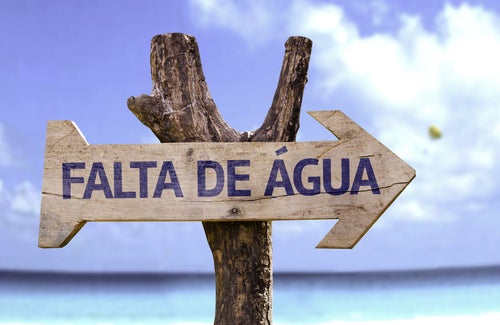 After his visit to Argentina last week, Barack Obama posted on Facebook a picture of a beautiful landscape in Patagonia where he went trekking along glacial lakes, as an example of what he called “exactly the kind of place we need to protect for our kids, and for their kids.” Climate change is high on the American president’s agenda and it’s an issue with consequences that are tangible all over the world, including Latin America. More importantly, climate change has gained momentum in the daily public conversation globally, especially after the historic agreements at the Climate Change Summit in Paris last December.

Obama’s climate change post on Facebook about his visit to Argentina last week.
In Latin America, climate change has concrete negative effects on health, economic output, labor, and migration patterns, among others. Floods, droughts and high temperatures are some of the more extreme weather events caused by greenhouse gas emissions that are becoming more frequent in the region.

In Brazil, the region’s biggest economy and most populous country, droughts have long-term negative impacts on local labor markets and internal migration patterns, as shown by an IDB paper that studied more than 3,000 local areas. Using rainfall data going back over a century, the study built contemporaneous and historical drought indices. That data was then examined in conjunction with five waves of population census data from 1970 to 2010.

The IDB paper provides a comprehensive picture of how local labor markets respond to drought and explores its short and long-term consequences on agricultural output. It reveals that a higher frequency of these extreme events in the previous decade reduces local value added, employment and wages in the agricultural sector. Repeated droughts are also likely to have long-term consequences on local labor markets by affecting how workers and firms choose their location.

Activities related to the local manufacturing and services sectors are also affected: people working in industries such as retail, construction and legal services face job losses and pay cuts, since there are fewer workers and earnings per worker in the local areas are lower.

In the long-term, droughts lead part of the local population to migrate, especially younger people and men, which causes relative population decline. The groups that are less likely to move to another area are older citizens, women and married people.

The negative consequences of drought can have important economic implications for Brazil and countries that trade with it. During the analyzed period, droughts were more frequent in the eastern part of the country, especially in the northeast, and these areas account for about 24% of the country’s GDP and 27% of the total population.

There are also implications for the distribution of population across rural and urban areas. The significant long-term effects of drought on agricultural employment and the migration flows from rural areas suggest that climate change may be an important factor underlying urbanization trends, according to the IDB paper.

These findings only add urgency to the need to take action against climate change. Not only was 2015 the hottest year on record but also data released by NASA this month revealed that average global temperatures in February broke global records by an alarming margin of 1.35 degrees Celsius. Experts say that 2016 could surpass 2015 as the warmest year on record.

The implications of the IDB paper go beyond Brazil and support growing concerns about potentially large distributional effects of climate change within countries. As extreme weather events become more frequent, drought-prone areas are likely to suffer from a progressive decline in employment, while the younger population moves elsewhere. The areas that receive the migrants then have to deal with the implications of a growing population, including a higher demand for housing and local public services. These results could be an important tool for designing effective policy responses to climate change in Latin America.