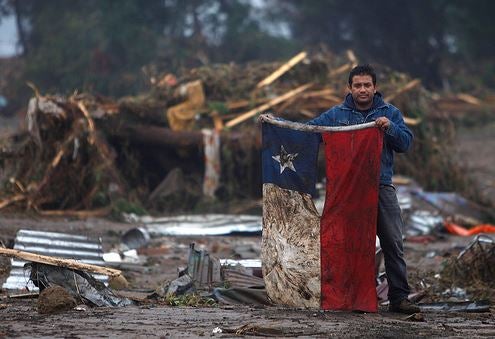 Once again Chile has been hit by a natural disaster. A powerful earthquake measuring 8,4 on the Richter scale has caused panic, material losses, and irreparable loss of life among the Chilean population. It would seem, however, that so far the death toll and material losses have been relatively low considering the magnitude and duration of the quake. This is not by chance.

Chile is no stranger to seismic catastrophes. Think back to the earthquake and subsequent tsunami of February 27, 2010, of similar magnitude, which caused more than 500 fatalities and economic losses estimated at nearly 19 percent of gross domestic product, according to the global disaster database EM-DAT. These figures, while undoubtedly regrettable, were still lower than those of the two earthquakes that struck Nepal this year, and even those of the devastating earthquake that hit Haiti in 2010, causing more than 200,000 fatalities and material losses greater than Haiti’s gross domestic product.

Beyond the obvious, palpable difference between the size and level of economic development of these countries, what attributes allow one country to get back on its feet and move forward after a natural disaster while another country, struck by the same catastrophe, is rendered incapacited and dependent on foreign aid? In the working paper entitled The Economics of Natural Disasters: A Survey, my co-authors and I analyze some of these attributes, which we believe have made it possible for Chile to mitigate the impacts of its natural disasters.

One key factor has to do with preparedness. Owing to its geographic location and vulnerability to seismic disturbances, Chile has invested in solid, earthquake-resistant housing and infrastructure. On social media, I read a Tweet that said “8.3 earthquake and not one building flattened: My respects go to my fellow Chilean architects, engineers, and builders.” The only people not praised were urban planners and policymakers, who incorporated high standards into Chilean building codes and ensured their implementation. Achieving this was no easy task, because from an economic standpoint regarding natural disasters, it is difficult to push through legislation and investments—with a present-day cost—for the sake of an unclear and uncertain benefit down the road.

Political, economic, and institutional factors are very important for the economics of natural disasters. For instance, fiscal stimulus is an economic policy instrument that, in principle, all countries have at their disposal to weather a crisis, regardless of its origin. Unfortunately, however, many countries often lack the “fiscal space” necessary in this type of situation. Such is not the case with Chile, which, thanks to sound macroeconomic management, has built a financial cushion enabling it to respond directly and immediately to these contingencies without depending on foreign aid, which is sometimes limited and slow to arrive.

There are more reasons for optimism in Chile. Another IDB study shows that unless a natural disaster is huge and followed by a political revolution, it is unlikely to have lasting effects on economic growth. Certainly in Chile, with its diversified economy and enormous response capacity, this earthquake is not expected to have any significant economic impact.

Without a doubt, a natural disaster is one of the most traumatic experiences a country can have. And yet, given its economic, political, and social characteristics, Chile has the strength—as it has demonstrated on previous occasions—to move forward, mitigating the material losses of earthquakes.

For more information, check out the following publications: