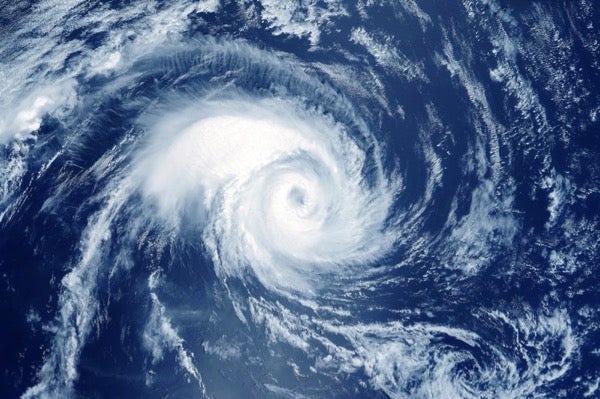 Natural disasters are different from pandemics. They cause death, displacement, and destruction of physical capital, and unlike a pandemic, their effects are brief and confined to the areas affected. The literature shows that natural disasters impact growth in the short term. But how quickly do countries recover? The outcomes are surprising, and they show how important social fabric is for taking on the pandemic.

We studied the economic impacts of natural disasters. When a country suffers a large-scale natural disaster—defined as one so serious it can be included in the top 1% of all global natural disasters measured in terms of deaths per million people—the outcome is slower growth not only in the short-term but over the next 10 years. On average, per capita GDP of an affected country declined 10% below what it had before the disaster, and after 10 years, it was 28 percentage points below where it would have been without the disaster. Counterfactual real GDP, measured using a synthetic control methodology, would have been 18% higher without the catastrophe. Therefore, the difference between observed GDP and counterfactual GDP 10 years after the disaster is 28 percentage points of GDP.

However, what is surprising is that these outcomes were determined by events followed by a political revolution in contexts of significant social upheaval following the natural disaster. These cases include the Islamic revolution in Iran and the Sandinista revolution in Nicaragua, both of which took place in 1979. The GDP impacts of other events that were not followed by similar social and political crises dissipated quickly.

These outcomes underscore the importance of maintaining social cohesion during the response to the emergency to prevent humanitarian and economic crises from becoming social crises that destabilize governments and make the recovery even more difficult. This point converges with the evidence from financial crises and armed conflicts. An empirical analysis of financial crises shows that the countries with the strongest democratic political institutions, where checks and balances are maintained during the crisis, recover more quickly. This is because the crises triggered by events like financial crises, natural disasters, or pandemics are essentially periods during which important decisions that affect the future are made, and those decisions are made in a particular institutional context. Whether or not the decisions will be instrumental for long-term growth depends on the type of political institutions in place at the time of a crisis, and the type of solutions offered by this institutional structure.

One thing that is clear is that natural disasters have a harsher impact on poor countries than rich ones. The number of deaths caused by disasters in poor countries is around five times higher than in rich countries. This is an indication that development policies that increase incomes, literacy, and openness to the rest of the world not only enable people to improve their livelihoods but also provide an additional secondary benefit: over time, these policies should help countries become more resilient to crises, including those triggered by natural disasters or pandemics.

Strong public institutions also contribute to lessening the negative impacts of a crisis. For example, political institutions that force public officials to account for their actions also promote investment in preparation, which improves resiliency. Policies to counteract the excessive concentration of wealth, such as progressive taxation and universal education, can also make a difference: extreme inequality appears to make countries more vulnerable to crises like the one caused by this pandemic, probably because inequality is associated with lower levels of spending to protect vulnerable populations. Given that the Covid-19 pandemic will widen inequality in the region, the vicious cycle will intensify going forward, exposing the need to put more emphasis on policies that reduce inequality. Essentially, improving resilience means building stronger and more equitable economies that are better prepared to handle the challenges of natural disasters, as well as pandemics.

[Editorial note: For more information on how Latin America and the Caribbean can overcome the Covid-19 crisis and achieve economic recovery, download this new report.]