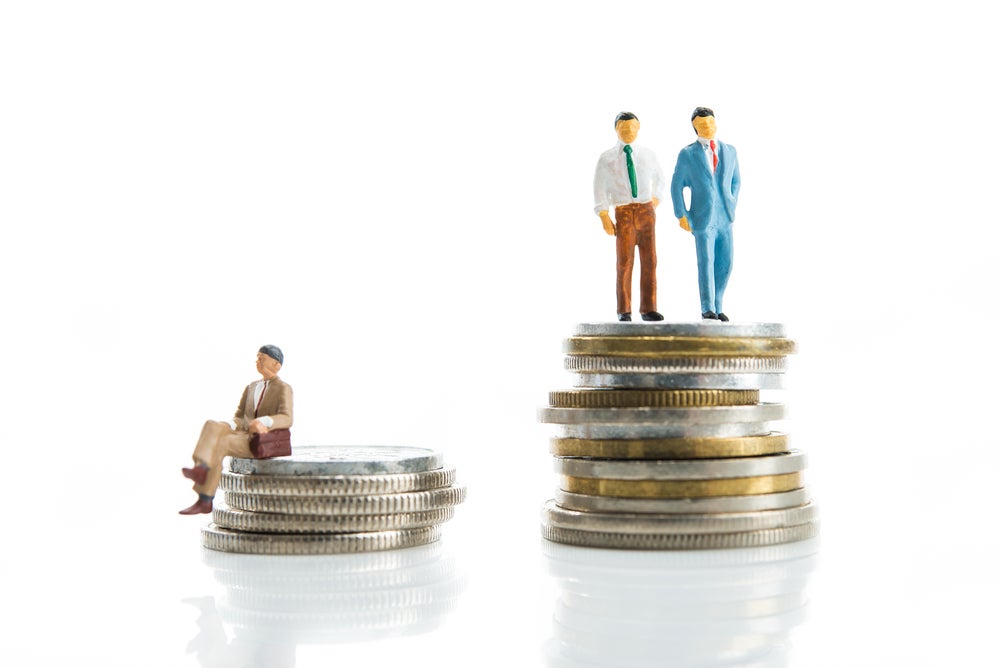 Long one of the world’s most unequal countries, Brazil surprised pundits by recording a massive reduction in household income inequality in the last couple of decades. Between 1995 and 2012, the country’s Gini coefficient for household incomes fell by seven points, from 0.59 to 0.52. (For comparison, all of the inequality increase in the United States between 1967 and 2011 amounted to eight Gini points – according to an analysis.) Most of that decline was driven by falling dispersion in labor earnings, rather than by larger and better-targeted transfers, such as Bolsa Família and the like. Those transfer programs did play a role, but the bulk of the equalization came from a decline of almost 20% in the Gini coefficient for labor incomes, from 0.50 to 0.41.

What’s more, most of this wage compression took place during a period – the 2000s – when the Brazilian economy was growing and its labor market thriving. Minimum, median and mean wages rose, unemployment fell, and the formal sector grew at the expense of informality. What accounts for this remarkable performance? In an age of growing concern with rising inequality in most rich countries, are there any lessons to be learned from this experience in one of the world’s 10 largest economies?

In a recent paper, we lined up the usual suspects and tried to get to the bottom of the mystery. What could we say about the main proximate factors responsible for Brazil’s wage compression in the early 21st Century? The main suspect – on which a number of earlier papers had focused – was education. There had been a marked increase in the supply of skilled workers (in this context, those who completed high-school or more) and demand for those skills had failed to keep pace. The result was a decline in skill premiums – the story went – driving down wage inequality. Another key suspect was the sharp rise in minimum wages, which doubled in real terms between 1995 and 2012, leading to a growing spike nearer and nearer the median of the wage distribution. See Figure 1 below. Other suspects included changes in the sectoral composition of the labor market (possibly as a result of the commodity boom and resulting changes in the demand for Brazilian exports); changes in the demographic composition of the labor force (including greater female labor force participation), and geographical factors (such as continuing urbanization).

Figure 1: Minimum Wage and the Distribution of Earnings

Much as in a good crime novel, our analysis suggests that the main suspects aren’t necessarily the real culprit. A substantial increase in the schooling levels of Brazilian workers over this period did indeed take place: the proportion of the working age population with at least 10 years of schooling doubled from 25% to 50% between 1995 and 2012. And this was followed by a decline in the returns to education, as hypothesized. But the overall effect of these educational dynamics was actually inequality-increasing! The reduction in skill-premiums was too weak to offset what we sometimes call the “paradox of progress”: increases in educational attainment—even when its dispersion declines—may be inequality-enhancing because of the marked convexity of the earnings-education profile. As the distribution of education shifts to the right, the density mass at the range of years of schooling with the steepest returns increases. That contributes to an increase in average earnings, but also to rising earnings inequality.

A similar story of mutually offsetting effects also applies to the role of minimum wages. During the boom years of 2003-2012, rising minimum wages were unambiguously equalizing. But in the earlier sub-period of 1995-2002, when labor demand was not growing as fast, minimum wage growth was accompanied by falling compliance, with an increase in the number of workers earning less than the minimum wage of a full six percentage points of the labor force. This ‘composition effect’ proved to be inequality-enhancing, so that the overall effect of Brazil’s minimum wage policy over the entire period was muted. One possibly more general lesson from this experience is that the effectiveness of minimum wage policies is highly context-specific: even within the same country, their impact on employment varies over the business cycle, and in turn helps determine their effect on wage distribution as a whole.

So what factors accounted for the largest share of Brazil’s inequality decline over this period? It turns out that the main equalizing change was a marked decline in the returns not to education, but to experience. Figure 2 shows the two profiles. The decline in remuneration to (potential) labor market experience accounted for 3-5 Gini points of the inequality reduction, depending on the specification. The importance of falling returns to experience for inequality dynamics is confirmed in a recent study of the experiences in Argentina and Chile during the same period, and is reminiscent of the discussion of age- and experience-  biased technical change elsewhere.

The second biggest culprit – or rather, hero – of the story was a combined reduction in gender, racial, urban-rural, and formal-informal wage gaps. These gaps are estimated conditionally on all observed characteristics, of course, including the human capital and labor market institution effects. While we cannot attribute them causally to changes in labor market discrimination (across genders and races, say) or segmentation (between formal and informal sectors, or urban and rural areas), the observed patterns do suggest that the “playing field” in Brazil’s labor market for workers of comparable levels of observed education and experience, working in the same sectors, was becoming more level. When these falling conditional wage gaps are taken together, they account for approximately half of the nine-point decline in the Gini coefficient for labor earnings.

Our results raise at least as many questions as they answer. What are the economic forces driving the decline in returns to experience in Brazil? Does the lower, formal-informal wage gap reflect a corresponding narrowing of the productivity gap? Will the gender and racial wage gaps continue to close even as Brazil’s labor market struggles in the midst of the current two-year recession? Much more work is needed to shed light on questions such as these, and thus to enhance our understanding of how some countries do manage to reduce inequality.

Guest Authors: Francisco H. G. Ferreira is a Senior Adviser in the World Bank’s Development Research Group, where he oversees the Bank’s research programs on poverty, inequality, and agriculture.

Sergio Firpo is Full Professor of the Unibanco Institute Chair at Insper in São Paulo, Brazil. He has also taught in the Economics department of the University of British Columbia and at the Pontifical Catholic University of Rio de Janeiro, among other appointments.