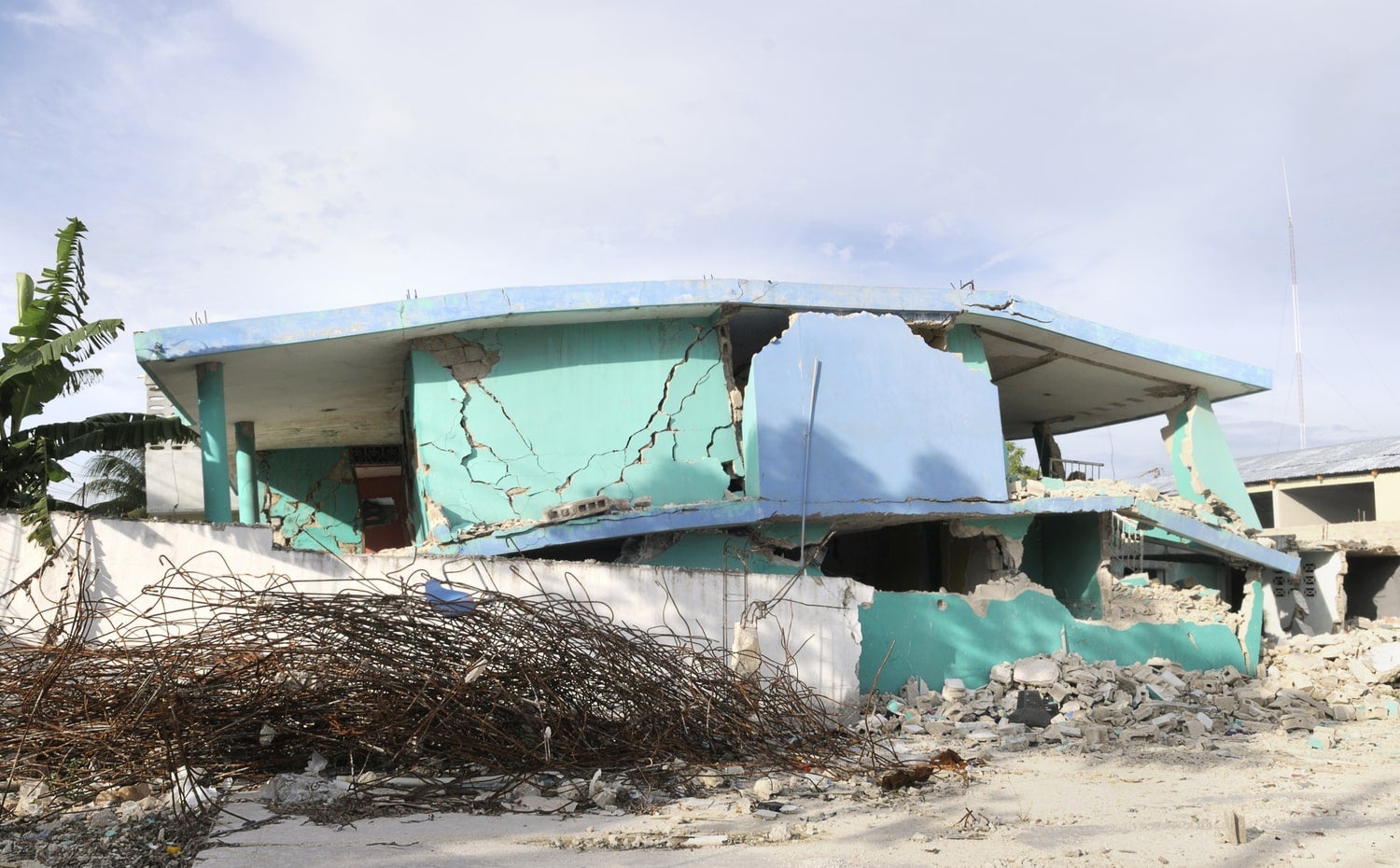 On August 14, 2021, a 7.2 magnitude earthquake struck Haiti, gravely affecting the Departments of Sud, Grand’Anse, and Nippes. More than 2,200 people were killed, and houses, healthcare facilities and schools were destroyed. Rescue and relief responses were hampered by blocked roads, a 5.8 magnitude earthquake that hit the same area the very next day and subsequent aftershocks. Tropical storm Grace, which pummeled the island with intense rain and flooding further held up relief efforts.

Although more powerful than the 7.0 magnitude earthquake that devastated Haiti in 2010, which killed around a quarter of a million people and caused US$8 billion in economic damages, the epicenter of the 2021 earthquake was offshore, distant from the capital and more populated areas. The economic impacts will thankfully be on a smaller scale than the 2010 tragedy. Still, with thousands dead and injured, and tens of thousands of structures destroyed, and critical roads made impassable, there is an urgent need for relief and for reconstruction. But to plan and organize these efforts there is also a need for quick, reliable estimates of the economic damages, to inform the government and its international partners and to consider how the necessary resources can be raised, transferred and put to the best use.

Applying a Methodology Developed at the IDB

With this in mind, we applied the same methodology as developed by Eduardo Cavallo, Andrew Powell and Oscar Becerra to obtain preliminary estimates of economic losses from the 2010 earthquake. Our estimates suggest a central estimate for economic damages of US$1.6 billion, or 9.6% of GDP, for this disaster.

These estimates stem from a statistical analysis and do not replace those being generated by an exhaustive “on the ground” analysis of the damages and losses. The PDNA (the Post-Disaster Needs Assessment), launched in September 2021 by the government and international partners, will be fundamental for reconstruction efforts and will surely assist in determining aid allocations. But such analyses take time. Our analysis is intended to provide a useful early indication of the economic severity of the catastrophe and a technical input for the PDNA.

The methodology is based on an econometric analysis using an extensive dataset of major events across many countries in the world. The dollar amount of damages of disasters is estimated using variables that capture the severity of the event and the characteristics of the country, including the number of dead or missing, the level of economic development (real GDP per capita), the population of the country, the country’s land area and the total income of the country (GDP). Regional dummies and a linear trend are also included in the preferred version of the regression. The box below details the model and the variables used.  The regression results are then used to produce predictions regarding the estimated value of damages (in US dollar and as a percentage of GDP) that can be expected for a country with Haiti’s economic and demographic characteristics in the aftermath of this earthquake.

A comprehensive database, including natural disasters and country socioeconomic variables, is used for this exercise.The data employed is obtained from the International Disaster Database (EM-DAT) and various other sources, including UN agencies, non-governmental organizations, insurance companies, research institutions, and press agencies and covers approximately 2,000 events.

Figures 1 and 2 illustrate the results of the estimations for this earthquake. Assuming a death toll of 2,500 persons, the central estimate of damages for this earthquake is $1.6 billion (with the 10% and 90% confidence intervals ranging between $1 billion and $2.5 billion). This is equivalent to 9.6% of GDP (with confidence intervals ranging from 5.9% of GDP to 15.5% of GDP).

Figure 1. Estimates of Potential Damages (US$ Billion with a 90% Confidence Interval)

Figure 2. Estimates of Potential Damages (% of GDP with a 90% Confidence Interval)

Caveats to the Economic Impact Estimates

While this statistical methodology can provide rapid estimates and indicates potential confidence intervals, several caveats should be considered.First, the extent of damages is directly related to the total number of casualties which may take further time to confirm. Second, to avoid over-representation of small events, very small events (less than 10 people reported dead or missing and/or with damages of less than $10 million), and others with small numbers of casualties are excluded from the analysis. Finally, as per any econometric exercise, the estimates are subject to errors in the specification of the model and the usual statistical errors.

Helping with the Task of Earthquake Relief and Reconstruction

Haiti is once again grappling with the effects of a severe natural disaster and now faces the complex task of raising funds and ensuring that relief and reconstruction reach the affected areas. The IDB 2025 Vision, recently published, highlights building resilience to natural disasters and the capacity to respond rapidly to such events when they occur. In order to react nimbly and with the appropriate resources, an early estimate of the magnitude of economic damages is critical.  We hope that these estimates will be useful to the government and its international partners in helping them plan critical relief and reconstruction efforts that, in turn, will enhance resilience to these events in the future.