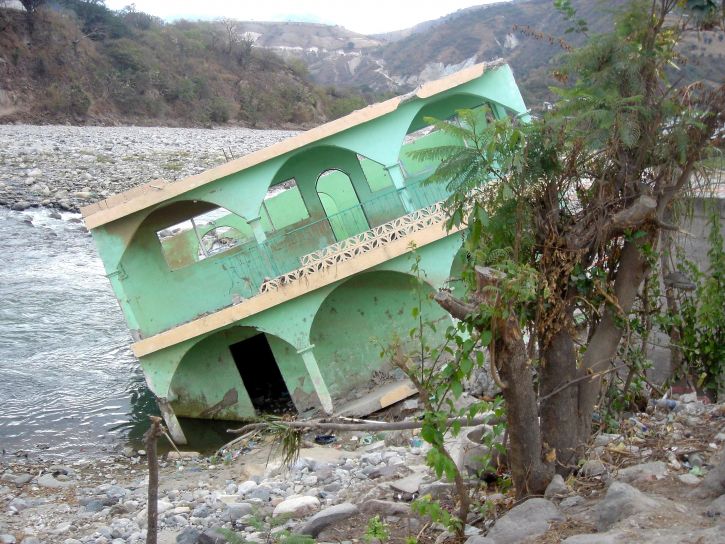 They are whipped by hurricanes, lashed by storms and crippled by earthquakes. A report compiled by the United Nations, taking into account exposure to natural events and a society’s response, found four nations of the region (Guatemala, Costa Rica, El Salvador, and Nicaragua) to be among the world’s 15 nations most at risk from natural disasters. Nonetheless, few countries in the region have natural-disaster insurance.

This is like a person without health insurance or a driver lacking protection for his car. But it is not unusual. In a study I published in the Journal of Development Economics with Eduardo Borensztein and Olivier Jeanne, we find that the overwhelming majority of governments lack macro-insurance against natural disasters simply because the costs of such insurance in an incipient market exceed the benefits. That is unfortunate.

One of the most promising forms of disaster insurance is what is known as a catastrophe (or cat) bond, a tradable financial instrument that spreads risk across global capital markets. These bonds are usually issued by governments or reinsurance companies—the insurers of the insurers—and backed by U.S. treasury bills. Though they typically pay out a small fraction of the damages, they can provide important benefits in the case of the worst catastrophes.

Fortunately, catastrophic disasters are rare. Even the nations most vulnerable to hurricanes, storms and floods face only a 2-5% chance of a catastrophe in any given year where output falls by 4 percent and fails to recover. But such events are so devastating they can affect a nation’s economy the way a severe head injury affects the brain. Injury quickly spreads in a chain reaction from the place of impact to distant regions; critical functions are disrupted; activities are shut down. A severe natural disaster not only wipes out agriculture and industry. There is overwhelming need to spend for humanitarian relief and for rebuilding. And with much of its revenue base destroyed and basic activities like tax collection hobbled, the government limps along with little ability to help the nation bounce back.

Cat bonds in this context provide a key advantage. Since payouts are based on the severity of the event, rather than estimates of damages, they can be made quickly and with little contention, allowing governments to provide emergency relief before foreign aid arrives. Governments, like doctors in a brain trauma unit, can immediately begin the process of rebuilding and repair before the chain reaction sets in and the damage becomes irreparable.

There is an additional, perhaps less understood, benefit which is uncovered in the model that we published with Borensztein and Jeanne. Countries at high risk of a natural disaster are also more in danger of defaulting on their debt if a catastrophe strikes. That means they have less credibility on capital markets and must sell their debt at lower prices, with higher yields. By reducing the risk of default on non-contingent debt, which must be repaid even after a natural disaster, cat bonds can reverse that equation. In the baseline calibration of the model, we show that cat bonds can enable governments to increase their external borrowing from around 30% to more than 60% of GDP, providing welfare gains equivalent to several percentage points of consumption. This is not huge when compared to the welfare cost of other rare economic disasters that Robert Barro studied in a famous paper in the American Economic Review. But it is nonetheless economically significant considering that the natural disasters in our sample are associated with a permanent fall in output of about 4 percent, whereas Barro’s economic disasters lead on average to a 29 percent permanent fall in output.

In 2006, Mexico became a pioneer in Latin America by issuing a US$160 million cat bond to cover damages in the event of an earthquake. But for most countries, insuring against catastrophes is exceedingly expensive. Cat bonds cost up to four times or more what the typical country is willing to pay to reap the welfare gains in our model. This is largely because of the immensely complex challenge of calculating a once-in-a-century event and related costs. A car insurance company can use data from thousands of accidents to calculate with a good degree of precision the risk of a collision in which a bumper needs to be replaced. But no company can yet predict with precision the probability of an exceedingly rare but devastating earthquake that kills thousands of people and leaves billions of dollars in damages. Moreover, no private company is likely to invest in the costly risk analysis and modeling required to find out: their work would simply end up in the public domain. The result is an information-starved environment in which investors shy away and coverage is expensive. But here the public sector could play a critical role. Governments and multilateral institutions could subsidize the necessary research and help grow the market.

None of this, of course, is a game changer. Neither macro-insurance against natural disasters nor foreign aid can tip the balance for a country that has suffered a calamity and has failed to invest in mitigation and adaptation, including improvements in land use and warning systems, and critical infrastructure, like earthquake-proof buildings, seawalls, and roads for distributing relief. A deeper market for catastrophe insurance could play a valuable role by helping countries raise money on the capital markets and buffering the worst of a calamity. But it will only ever be a part of the mix.