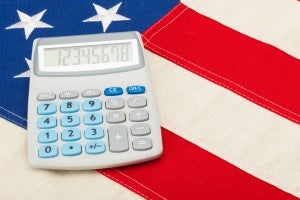 President Obama presented his $4 trillion budget proposal for FY2016 to Congress on Feb. 2, outlining his spending priorities for the next 10 years. Big winners under his plan include the poor, middle classes, the military and the construction industry, thanks to a combination of tax breaks and credits, as well as infrastructure and defense spending. On the other hand, the wealthy and businesses operating abroad as well as deficit hawks would be on the losing end of the proposal. Not surprisingly, the Republican-led Congress balked at the proposal and the lines of battle are drawn. What’s the next step? Who really decides the budget?

In the U.S., the Congress plays an essential role in budget decisions. This is why the president has to negotiate with Congress and why, on many occasions, Congress gets its way. In Latin American countries, despite having a presidential system very similar to that of the U.S., as well as a budget process that is officially similar, the role of the legislature tends to be very different. In general, just as other areas of government have been characterized by “hyper-presidentialism”, so too has the budget process.

So, Who Decides the Budget? That is the key topic covered in the Research Department’s book, which analyzes the budget process in eight countries in Latin America. It finds that in most of them the Congress plays a secondary (sometimes negligible) role in budget decisions.

Several mechanisms are used in the region to curb Congressional action in the budget-formulation process. First, fiscal rules are in place to restrict what the Congress can do during the approval stage. For example, while only some countries grant Congress the ability to increase or make unlimited changes to the budget like in the U.S., in countries such as Brazil, Mexico, and Peru, the Congress can only reallocate budget items so long as the fiscal accounts balance proposed by the Executive Branch doesn’t change. In Chile, the Congress faces even greater restrictions, since it only has authorization to reduce spending.

There are other ways that the Executive Branch can adversely affect Congress’ ability to act. One of them is by giving Congress little time to analyze and approve the budget. This problem is compounded by the limited ability of some Congresses to evaluate the Executive Branch’s agenda.

One interesting result that has come from analyzing presidential powers is that the increase in budgetary powers of the Executive Branch, previously thought to reduce spending, has not necessarily achieved the desired objective. Although stripping Congressmen of their privileges to include additional expenditures in the budget was intended to reduce spending (since they have an incentive to engage in pork-barrel spending), presidents appear to have succumbed to the temptation to increase spending themselves, since they now have greater control over where expenditures are allocated. This outcome is covered in the working paper entitled “The Economic Effects of Constitutions: Do Budget Institutions Make Forms of Government More Alike?”, whose detailed analysis we will leave for another post.