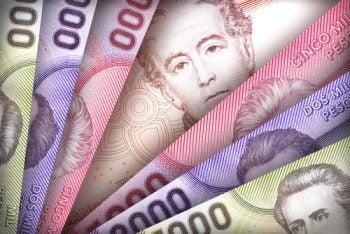 Recently, there has been renewed interest in incorporating fiscal rules directly into constitutions. In 2012, the signatories of the so-called “Fiscal Compact” in Europe were expected to introduce a balanced budget rule that would  “preferably (have) constitutional provisions.” Those signatories included 25 of the current 28 member states of the European Union, which now have fiscal rules of some sort in place at the domestic level. Such developments are not restricted to Europe, however. In Brazil, there is debate over a constitutional amendment that would restrain the growth of expenditures for up to 20 years.

As Chile considers a new constitution, what lessons should it draw from other countries?

Comparative research on constitutional rules, as opposed to “normal” fiscal ones passed into normal law or set by a president or finance minister, are rare. A recent working paper by Zareh Asatryan, Cesar Castellon, and Thomas Stratmann covers centuries of such rules. It considers both constitutional balanced budget ones and constitutional procedural ones for restricting the powers of the legislature (such as Article 67 in Chile’s 1980 Constitution), and finds that they lower both the overall debt burden and expenditures.

In practice, what we know from these examples and from others without constitutionally-enshrined fiscal restrictions is that the rules of the game under a given country’s policy-making process are interlocking. To achieve successful outcomes in fiscal policy, the rules must complement one another. This means carefully examining the implications for fiscal policy of any change in Chile’s constitution.

The German case is instructive. The Federal Republic had a “golden rule” in Article 115 of its “Basic Law,” which essentially held that the government should not borrow more than it invested in a given year. In practice, however, actual borrowing was often higher than investment, especially in the 2000s. The debt burden went up during bad economic times and never really declined during good ones. The country introduced a constitutional fiscal rule, the so-called “debt brake,” which was meant to address the inadequacies of the previous constitutional one. This was a structural balanced budget rule, which (to simplify somewhat) means that the government must run a budget surplus when economic times are good and can run a deficit when they are bad. A transition period existed between 2011-2015 before the rule was finally implemented at the national level in 2016.

The introduction of this measure led to two problems. First, it was unclear how to translate the targets in the fiscal rule into an actual budget. Cabinet members, in particular, were used to negotiating separately with the finance ministry, and occasionally with each other. As an OECD budget review makes clear, the federal government therefore introduced “top-down budgeting,” which strengthened the role of the finance ministry in the process. The second issue concerned how to explain the fiscal rule. It remains remarkably complex, and many in government as well as voters did not understand it. The finance minister has resorted to a much more simplified version, namely the “black zero.” This simply promises that the budget itself—not the structural budget—will be in balance or better.  To be clear, this does not replace the constitutional rule. But meeting this internal fiscal rule implies there will be no problem complying with the constitutional one.

In this way, new rules were introduced to address weaknesses in the German policy-making process. Germany is a parliamentary democracy, with strong party discipline.  What weaknesses would one expect under Chile’s presidential system?

First, while Chile has had a high level of party discipline relative to other Latin American countries, this probably had to do with its previous electoral system. The new electoral system, however, introduces open-list proportional representation. And one can expect that party discipline will decline. Individual members of congress will want to finish first on the list. They will likely promise spending to narrow interest groups and will have no reason to think about overall costs. Previous research suggests that a strong president’s involvement in the budget process is therefore especially important for fiscal discipline where a Congress is elected under open-list proportional representation (see Hallerberg and Marier 2004). In the current Chilean Constitution, the procedural rule in Article 67 already provides the President with this power: Congress cannot increase expenditures or reduce revenues in the Bill of the Law of the Budget. Thus, given the new electoral system, it is critical to maintain Article 67 (or something close to it) in the next constitution.

Second, presidential systems have fixed terms of office. This means that elections occur regularly on pre-set dates. As a result, governments may be tempted to spend more in pre-electoral years and cut taxes just prior to elections to put money in voters’ pockets. And this temptation may be even greater under an open-list system, in which just a few votes can determine the winning candidates. Fiscal institutions that strengthen the multi-annual aspects of budgeting may be especially useful in such cases. In Uruguay, for example, multi-annual plans have an essentially legal character (see Moraes, Chasquetti, and Bergara 2009). In Chile, there has been a structural fiscal rule in place since 2001. But unlike the German fiscal rule, it is not currently in the constitution and also includes the price of copper in calculations of the permissible budget balance.

One might consider whether—like Germany—this rule should go into the new constitution. It may provide a useful counterweight to other items that could appear in the constitution with fiscal implications. An immediate concern, however, is whether it would be too inflexible in the face of unforeseen shocks. There may be occasions, such as natural disasters, where one would want to suspend it. The current Chilean rule does not have an “exit clause.” The German constitutional one, by contrast, does have such a provision: In the event of “natural catastrophes and exceptional emergency situations,” the rule can be suspended. A weakness of this is that an absolute majority of the lower house of parliament makes the determination, and this is (usually) the same majority that backs the government. As a result, a government could, in theory, make exceptional any budget it proposes. A better version of the rule would require a supermajority, say two-thirds of those in congress. When the country experiences an earthquake or other natural disaster and must take on the tasks of reconstruction, the government and the opposition alike should be able to agree that the rule should be suspended.

These examples indicate how important it is to get the various pieces of the policy-making process in sync with one another. This will be the case whatever constitution the country decides to implement.

Guest Author: Mark Hallerberg teaches Public Management and Political Economy at the Hertie School of Governance in Berlin, Germany. Previously, he held academic positions at Emory University, the University of Pittsburgh, and the Georgia Institute of Technology.