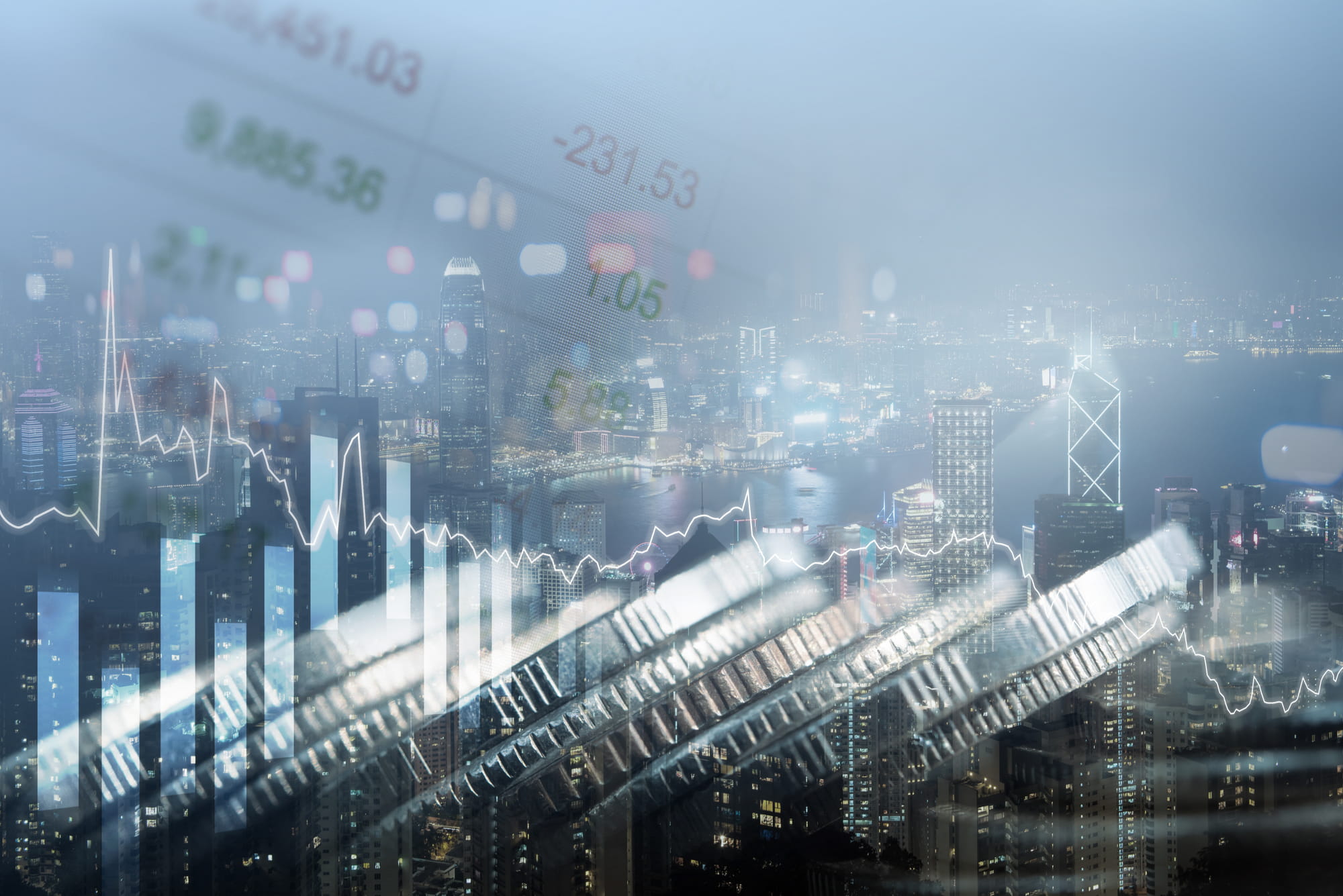 The Covid-19 pandemic has unleashed a health and economic crisis. Countries are providing exceptional support to families and firms and suffering significant losses in public revenues. Debt ratios are rising. Getting fiscal policy right and maintaining financial stability will be key to ensuring a return to growth and avoid a lost decade in Latin America and the Caribbean.

A baseline simulation suggests debt in Latin America and the Caribbean will rise from 57% in 2019 to 74% at the end of 2020 and 78% by 2021. Still, how debt ratios turn out in the next couple of years will depend critically on the speed of the recovery and in particular, whether it follows a V, a U or another letter. A more negative scenario with a more U-shaped recovery would imply higher debt levels.[2] Getting policies right to manage higher debt levels without sacrificing growth will be critical to avoiding deeper problems.

Fiscal positions vary across the region. Public support in the face of the Covid-19 crisis was calibrated given the fiscal space available. Chile and Peru, with low levels of debt, implemented large relief packages of 6%-8% of GDP (or 10%-16% if off-balance sheet guarantee programs are included). Consequently, debt is rising very rapidly. At the other end of the spectrum Barbados, Belize, Ecuador, and Jamaica all announced packages of less than 2% of GDP. Mexico is a special case, having announced a relatively small package, as is Brazil which has advanced a large package with a relatively high gross debt- to-GDP ratio. But a significant fraction of Brazil’s gross debt is on the central bank’s balance sheet, and the majority of the debt is held by domestic institutional investors and in local currency. The ownership and the composition of debt is just as important as the level in determining sustainability and liquidity risks. Still, Brazil now faces a period of adjustment to ensure sustainability.

Indeed, most countries are caught between the objectives of providing relief and maintaining economic recovery, and the need to adjust to halt the rise in debt due to exceptional spending and a fall in revenues. Reductions in the tax take, related to the depth of the recessions, have been on the order of 1% to 4% of GDP. A V-shaped recovery would help, reversing revenue losses. Delayed recovery would imply painful adjustment or further rises in debt ratios.

Adjustment can come in many forms. Broadly speaking, countries in Central America have low spending so there is less room for cuts or large efficiency gains. But given low tax burdens, there is ample space to increase revenues when economies recover. In South America, by contrast, most countries already have significant tax burdens. But there is ample room to improve the efficiency of spending. In the Caribbean, there is room to improve efficiency on spending and revenue collection. Spending in most countries has been biased against investment and towards consumption. Shifting the composition of spending to investment in infrastructure over time could yield higher growth and hence improve fiscal space, assuming good projects are selected, and the investment process is efficient.[3]

The speed of adjustment is another critical variable. A faster adjustment has the advantage of a lower cost of debt service. Yields on debt rose at the outset of the crisis and while they have come down, they are well above the very low rates in advanced economies that are typically able to finance their needs almost exclusively in local currency. But sharper cuts to spending or tax hikes imply less relief and may delay recovery. A more gradual adjustment would be better to foster growth but runs the risk of higher debt service costs. Credible fiscal institutions are currently at a premium as they allow interest rates to stay low.[4] This reduces the costs of any adjustment, but it is particularly important for a more gradual approach. Weak fiscal institutions that put in doubt future plans may prompt rating downgrades and push up interest rates.

The deep crisis, the higher government spending to support families and firms during the crisis and the losses in public revenues have led to calls for “debt relief”.[5]  Low income countries borrow principally from official rather than commercial sources. Their debt is bilateral or on the balance sheet of multilateral institutions. It is long-term and at very low, concessional interest rates. The G20 has already called for bilateral lenders to provide relief, but most countries in Latin America and the Caribbean are middle income and their borrowing from the private sector dwarfs loans from official sources. Official lenders are boosting their lending as their current levels of capital allow. Access to typically pro-cyclical private markets is patchy.

Research suggests countries face a difficult choice if they need to renegotiate commercial debts.[6] They may reprofile, pushing out maturities but with no haircut on the amounts owed. This may be done relatively quickly and buys time, but it may not solve the underlying problem. If it doesn’t, then the country may have to re-reprofile again or multiple times. Belize and Jamaica, for example, have reprofiled debts several times over the last decade or so. Alternatively, a country might seek a deeper restructuring, with a greater likelihood of solving the underlying problem. But that can also provoke legal action from creditors in courts around the world, complicating and delaying the process. Recent innovations in bond contracts known as the new Collective Action Clauses (CACs) may have provided a more efficient and faster route for countries to restructure. Argentina and Ecuador have successfully renegotiated debt aided by CACs.

The 1980’s was a lost decade for the Latin America and the Caribbean. There is concern that it could happen again. A relatively small number of large international banks accounted for much of the lending at that time. The theory was that renegotiations should be straightforward with only a few key players involved. But bankers and their regulators were reticent to recognize the losses on lenders’ balance sheets and dragged the process out. The debt and the specter of being in default persisted, affecting investment and growth, and countries only escaped the trap when the debt was converted to bonds and sold through the so-called Brady deals.[7] The good news today is that most countries have new CAC’s in their bond contracts. So, if debt has to be restructured with haircuts, it should happen more swiftly. But the other major driver of the lost decade was a series of very costly financial crises and bailouts that fueled the rise in debt. While banks entered the Covid-19 era with healthy balance sheets, the steep falls in GDP will surely place significant stress on financial sectors. We are yet to see the full impacts on banks’ balance sheets.[8]

The next few years are going to be challenging as countries seek to boost growth and maintain fiscal sustainability. The risks are very real. The war against the virus is not yet won in Latin America and the Caribbean and a serious second wave in the US or in Europe could hurt global recovery. Getting the fiscal policies right and maintaining financial stability will be critical for a healthy recovery.

[1] We wish to thank Matilde Angarita for excellent research assistance in relation to the simulations employed in this blog.

[2] These figures are based on simple averages across countries. In the baseline, growth is assumed to be -7.0% in 2020 and +4.4% in 2021 in line with recent forecasts sourced from Bloomberg.

[3] See “From Structures to Services” the 2020 IDB Development in the Americas Flagship Report for a discussion of the issues in infrastructure planning and efficiency among other topics.

[7] See “Is the Euro-zone on the Mend? Latin American examples to analyze the Euro question,” Journal of Banking and Finance by Eduardo Cavallo, Eduardo Fernandez- Arias and Andrew Powell.

[8] See Sound Banks for Health Economies Andrew Powell and Liliana Rojas-Suarez for an analysis of banking sector risks and recommendations.