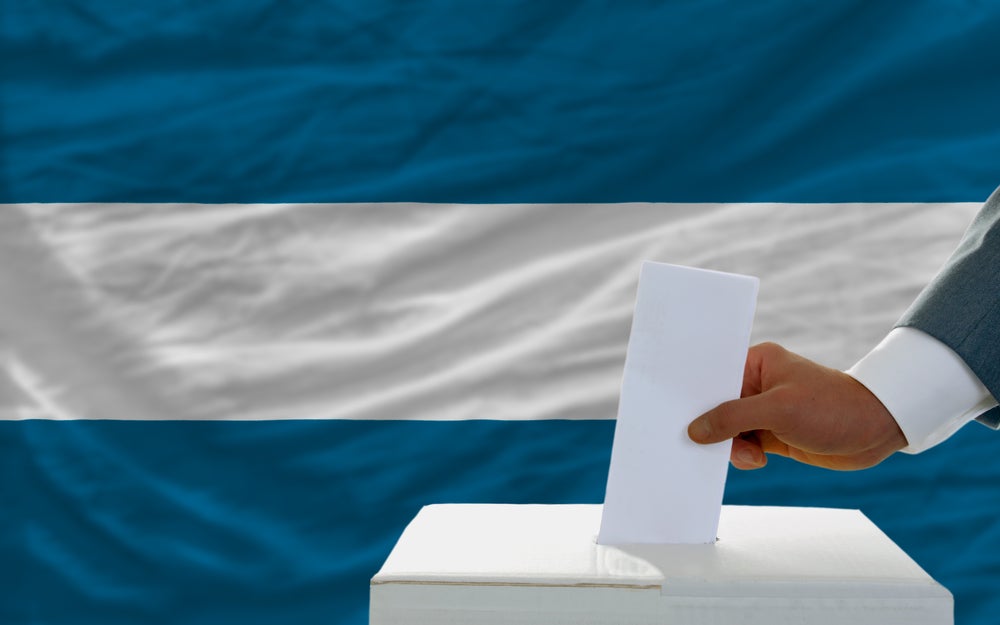 In January 1992, bitter enemies on El Salvador’s left and right met in a colonial era castle in Mexico City, shook hands and brought an end to a 12-year-long civil war that had claimed 75,000 lives and displaced one-fifth of El Salvador’s population.

Today, 25 years later, the right and left remain starkly divided in El Salvador, and the country is among the most politically polarized in Latin America. But elections are free and fair. Policy differences are worked out in the political arena, and movements that once engaged in cruel bloodletting show each other respect and even collaborate on important pieces of legislation.

How democracy triumphed in such inhospitable terrain was the theme of a presentation (based on a forthcoming paper) I gave at a recent IDB conference. In the paper I utilize an innovative approach pioneered by the IDB in the early 2000s. Back then, IDB researchers and collaborators began to identify key factors that made for publicly-interested, stable and flexible policymaking: in other words, for high government capacity. That included a strong party system characterized by a small number of cohesive, well-institutionalized and programmatic (or ideological) parties. Such a system can guard against wild gyrations in public policy. It can help ensure that important policies persist over election cycles and changes in power.

El Salvador possesses a strong two-party dominant political party system in the form of the right-wing Nationalist Republican Alliance (ARENA), the governing party at the time of the peace agreement through mid-2009, and the left-wing Farabundo Martí National Liberation Front (FMLN), the former guerrilla army, which has been in power since mid-2009.

Parties that stand for something

ARENA and the FMLN may be far apart on most issues. But unlike parties in many parts of Latin America, they are highly-disciplined and institutionalized. They have party branches throughout the country, established procedures for the selection of candidates and strong-centralized leaderships that enforce policy positions. This means that the parties stand for something. They represent a brand that voters can relate to from the local mayoral level to that of the national legislature and the presidency. And because politicians partake of that brand, they rarely switch parties. That ensures ideological continuity and helps voters know what they’re getting when they vote for one or another candidate.

Adding to that stability have been a trio of smaller centrist parties that tend to ally with the party in power and a legislative system that requires supermajorities for certain important bills related to monetary and fiscal policy. Hence, while the leftist FMLN was largely opposed to the adoption of the dollar in 2001 when ARENA was in power, it has maintained the policy during the eight years it has held the presidency. And both major parties have been on board in the contracting of foreign debt.

Other elements of El Salvador’s government system complement those trends towards durability. They include a judiciary that has shown growing independence, and played a role as an arbiter between the two major parties; a presidency that with one exception since the peace agreement was signed has been of the same party as the majority coalition in congress, and an increasingly professionalized legislature with experienced committee leaders.

Traditional party theory holds that when two large political parties dominate the scene in a country, they will tend to move towards the center in the interest of attracting centrist voters and achieving a majority. Salvadoran politics defies that notion. Its dominant parties are ideological opposites, and that inevitably has created some obstacles for policymaking.

Nonetheless, the fact that 25 years after the end of a bloody civil war El Salvador is civilly engaged in the messy process of democracy and at peace is a testament to an impressive will to overcome the past and the right mix of other institutions. At the core of that is a strong party system, and it has served El Salvador well.

*Guest Author: Mark P. Jones is the Joseph D. Jamail Chair in Latin American Studies, the James A. Baker III Institute for Public Policy’s Political Science Fellow and the Director of the Master of Global Affairs Program at Rice University.  His research focuses on the effect of political institutions on governance, representation, voting and public policy.  He is the author of more than a hundred articles and chapters which have appeared in journals such as the American Journal of Political Science, Economics and Politics and The Journal of Politics  and in edited volumes published by Cambridge University Press, the Inter-American Development Bank and Oxford University Press, among others.