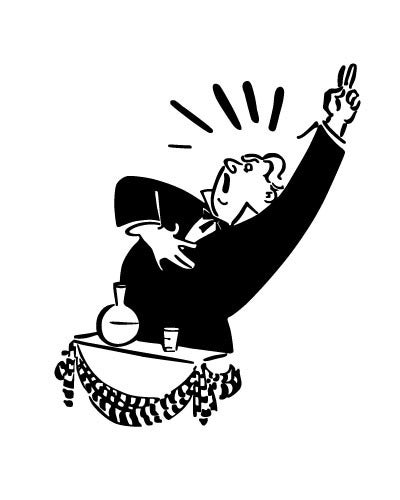 Primary elections in the United States this year have sent the party system careening towards a divisive and potentially explosive moment. Never in modern US history have party voters chosen as their presidential candidate someone so totally at odds with party orthodoxy on issues ranging from trade to immigration as Donald Trump. Nor has a presidential candidate been so shunned by the party’s elder statesmen, its elected officials and even its de facto leader.

Yet this erosion of traditional party authority is not unique to the United States. In many countries of Europe, voters have grown alienated from established parties and their leaders since at least the financial crisis. Populist alternatives, like Fidesz in Hungary and SYRIZA in Greece have risen to power. Others, like France’s National Front, lie waiting in the wings. In Latin America, the emergence of new parties is now well-established. Data available at the IDB, through the Database of Political Institutions (DPI), illustrate how the end of the 1990s brought a rise in non-ideological, or non-programmatic, parties at the legislative level and by the early and mid-2000s, the election of presidents outside the traditional party system in Venezuela, Ecuador and Bolivia.

Many explanations have been given for this turn of events. In Latin America, as described in a recent blog, it began with disenchantment with neoliberal reforms undertaken in the early 1990s by right-wing parties which failed to significantly improve employment or reduce inequality. In the United States and Europe, it has been linked to many concerns: unemployment, inequality, immigration and national security. In all those regions, it is driven by the strong feeling among regular voters that party elites and party platforms no longer represent their interests.

The implications for good government are momentous. IDB research shows that programmatic parties with consistent ideologies and platforms lead to better policymaking. Such parties effectively channel voter preferences and are more accountable and transparent. They also rely on consensus and long-term inter-governmental cooperation to achieve results and win elections.

By contrast, the populism, which frequently accompanies the breakdown of programmatic parties, tends to be destabilizing. Populist leaders can be honest or corrupt, well-intentioned or deceitful. But in practice, their reliance on personal charisma, rather than well-organized and ideas-based political institutions, tends to lead to sloganeering, and, at worst, appeals to class-resentment, race, and xenophobia. Moreover, this has become easier with the rise of social media. Candidates no longer have to pass through the gatekeepers of traditional newspapers, television and radio. They can communicate unfiltered and direct through twitter and other platforms to the people at large, and in the U.S., Europe and Latin America, they are taking advantage of that opportunity at every turn, no matter how offensive their ideas to minorities and other targets.

Party elites, of course, share much of the blame for the current state of affairs. In the U.S., the Republican Party cast its sights on issues like lower taxes for the wealthy and less business regulation. But it ignored the extent to which its base of older, less educated and working class voters were suspicious of policies benefiting the rich and the corporate sector. Immigration reform, another idea of the party elite, got a similarly cold reception as workers feared for their jobs. In Europe, the economically suffering blame the traditional parties for being indifferent to problems caused by waves of refugees and the loss of sovereignty to the governing institutions of the European Union. And the poor in many parts of Latin America view their traditional parties as divorced from the problems of poverty and inequality.

How the traditional parties will respond from here on is anyone’s guess. There is always the danger that clientelist parties will form around populist leaders. These parties, having little reason to exist outside the charisma and rhetoric of their standard bearer, become purveyors of patronage. As described in another recent blog, they reward supporters with jobs in the civil service. They may even descend to vote buying and outright fraud.

If there is any positive news, it is that some Latin American countries seem to be tiring of their populists. The end of the commodities boom has made it harder to cover up dubious policies with spending or to continue awarding patronage. Bad economic decisions were made. But they are coming home to roost. In Argentina, this has found expression in the election of Mauricio Macri, who triumphed leading a coalition of opposition parties from the center-right to the center-left, and has both embraced pro-business and social justice values. In the U.S., and unfortunately in many countries of both Europe and Latin America, meanwhile, the future of the party system – and its populist rivals – is very much in the balance.