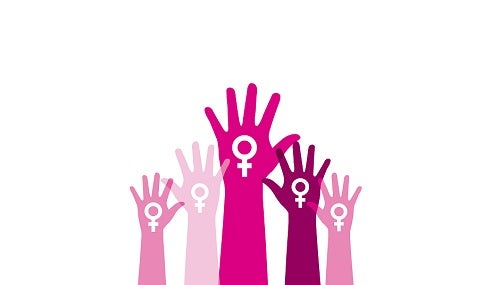 By Janet Chapman from the Tanzania Development Trust

Female Genital Mutilation, or FGM, is a traditional cultural practice that involves the cutting or removal of the external female genitals. It results in pain, emotional and health problem, and in some cases, even bleeding to death.  Although illegal in Tanzania, FGM is still practiced by many tribes, particularly in the remote villages of the Serengeti district. Unfortunately, outreach and campaigning work in this area is hampered by the lack of maps showing village locations.

Rhobi Samwelly grew up in a small village in Serengeti.  When she was 13 years old, her family, who were members of the Kurya tribe, wanted her to undergo FGM as they perceived it a traditional preparation for marriage. Rhobi, however, knew well the dangers of such cutting – one of her friends had died from the practice the previous year. She pleaded in vain with her parents not to cut her.  However, having nowhere to turn she had no choice but to submit, which almost cost her her life as she bled so much she fell unconscious. Twenty years later she finally achieved her dream and set up the Mugumu Safe House – a sanctuary where girls refusing FGM can turn during the annual “cutting season”.  To ensure girls know they have a safe place to go, Rhobi visits the remote villages where they are most at risk. She talks with girls about their rights and persuades these communities to use alternative and safer rites of passage.

Rhobi’s work in reaching the villages is difficult given the lack of available maps. In fact, before this project, there were no maps whatsoever, which meant it was impossible to ensure all girls were reached. Villages like Sogoti were forgotten by the outside world. Rhobi even had to cut down trees to reach them the first time she visited, and the general concern in this area was that many girls were being missed.

Living in London, I am used to having good maps that allow me to get wherever I want to go.  When I first started visiting rural Tanzania as a project officer with Tanzania Development Trust in 2014, I was frustrated at the blank maps of the rural areas where we worked. Which is why, after I learnt about Openstreetmap, I was determined to help these communities start mapping their villages in order to allow better navigation and planning of services.

With fellow mapping enthusiast, Egle from HCI, we set up the project Crowd2Map Tanzania and launched a triple mapping party. We partnered with UCL in London, with Ramani Huria in Dar es Salaam and the Technarium in Vilnius, where Egle is based.  We mapped roads, villages and buildings of the area around Mugumu from satellite images within the HOT Tasking Manager. Over 200 people took part of the event and there were also side parties in Nairobi and at the Safe House itself.

Adding the names of the villages we were marking was more of a challenge.  We used the Tanzania Open Government data showing the name and location of schools and clinics.  We recruited over 300 volunteers from UN Online Volunteers and set up a Google sheet whereby they could paste the latitude and longitude of each school into openstreetmap, find the relevant building on the satellite image, draw a box around it and label it appropriately.  In many cases, the primary and secondary schools as well as clinic all share the same name, which means it is likely to also be the name of that village.

When we first started, we were using a smartphone app called Epicollect. As I travelled around rural Tanzania visiting projects by bus, daladala (minibus) and pikipiki (motorbike), I labelled everywhere I could, but more importantly, I showed everyone I met with a smartphone how to do the same.  In order to encourage people to participate in mapping, which requires some effort and money to purchase mobile data, we established monthly competitions.  The person who added the most relevant points won a small cash prize.  We promoted the initiative via personal contacts, What’s App groups, and a Facebook group where we also answered questions on how to get started.  Later on, when Maps.Me launched its new version, it allowed people to add points directly into openstreetmap, and thus we started using that instead.

We are desperately finishing the map around Mugumu before the FGM cutting season starts at the beginning of December.  We will then move on to the area around Shinyanga where girls are particularly at risk of child marriage.  I will be visiting both areas in December in order to run mapping workshops and, hopefully, map each area on paper.

Maps.Me is brilliant for mapping and navigation, but some of its categories are difficult to understand, particularly for people for whom English is their third language.  We are working with them to develop a Swahili version with more relevant categories for rural Africa.

This is an example of how civil society can use open data to promote development and gender rights, and involve the community in doing so. As you can see from this post, the most important thing with open data and crowdsourcing projects is to encourage different actors to collaborate. You need the government to provide you with data, civil society to organize and citizens to have a bigger impact. These types of initiatives are also replicable anywhere in the world and adaptable to all sorts of challenges a society may face.

¿Have you galvanized your community to make change happen collaboratively? Let us know in the comments!

This is an entirely volunteer run project.  We have no budget.  Money for the monthly competitions comes from donations or our own pockets.  Access to mobile phones is a huge limiting factor in the areas where we work, so any donated second hand phones are put to very good use.  We are not mappers, so any technical help, particularly around importing data and validating would be fantastic.

But anyone with an internet connection and a few minutes to spare can map a road connecting to safety here – so please help!