This tag brings together all the articles in Abierto al Público on events that are relevant to open knowledge, including commemorative days (such as (Open Data Day), calls for hackathons, competitions regarding development projects, and other events organized by the IDB or by external groups. It is also the place in the blog to find calls and opportunities.

One of the main sources of municipal government income is the property tax or real estate tax, although in most of the countries of Latin America and the Caribbean (LAC) the value collected has a low relative weight with respect to GDP, on average 0.39% of GDP vs 1.1% in OECD countries. In more than 16,000 municipal governments throughout LAC, there is a strong demand for … END_OF_DOCUMENT_TOKEN_TO_BE_REPLACED

What if code and digital tools that the IDB and others have created were published and made freely available for governments and citizens to use, repurpose, and adapt to address our Region’s development challenges? Imagine, for instance, an app built to digitalize administrative processes in Chile could be used by … END_OF_DOCUMENT_TOKEN_TO_BE_REPLACED

Leer blogpost en español By Antonio Moneo, editor of the “Abierto al Público” blog and consultant in the Inter-American Development Bank’s Knowledge Management Division The Open Government Partnership Summit was a milestone in advancing the discussion of open data. The International Open Data Charter was formally presented at the summit, which allowed work on … END_OF_DOCUMENT_TOKEN_TO_BE_REPLACED

Crime and violence are two ongoing problems in Latin America and the Caribbean that affect millions of people. Central America, in particular Honduras, El Salvador, and Guatemala, have the highest murder rates and the countries are considered the most crime-ridden and violent region in the world. Since 2008, Congress has appropriated an estimated $803.6 million for Central … END_OF_DOCUMENT_TOKEN_TO_BE_REPLACED 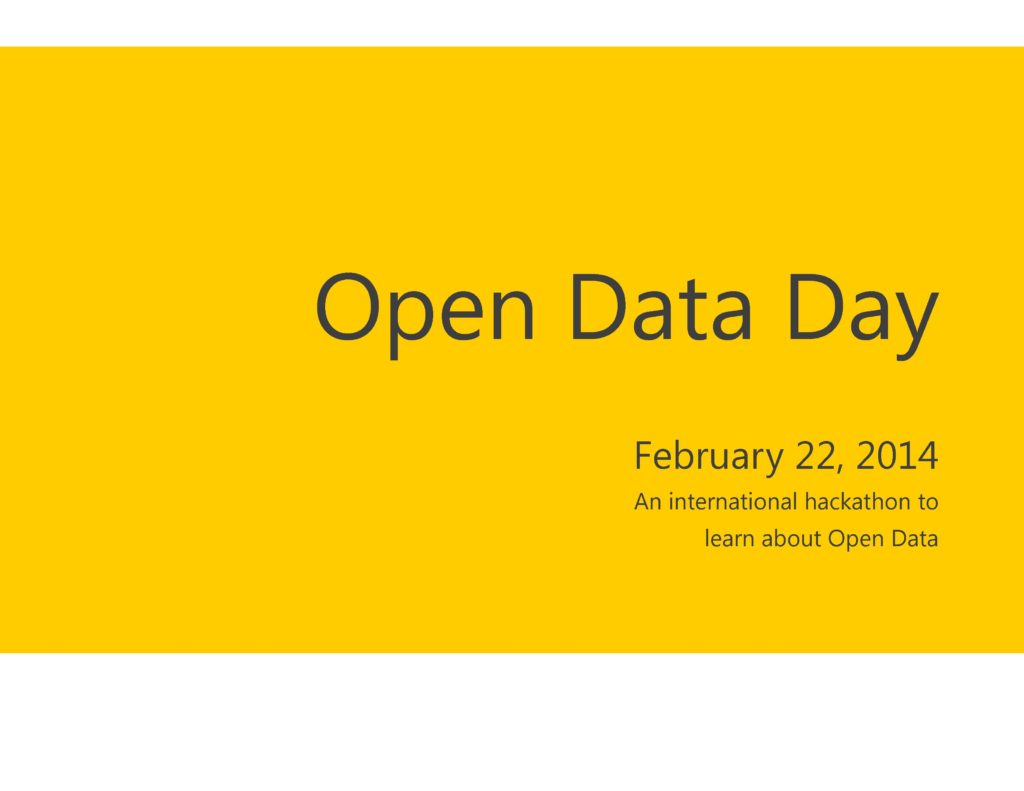 Español February 22 is Open Data Day, a global initiative hosted and supported by the Open Knowledge Foundation to raise awareness about the importance of open data and the advances in the promotion of open data. That day there will be more than 130 hackathones in cities across the world including several Latin American cities.  These hackathons will bring … END_OF_DOCUMENT_TOKEN_TO_BE_REPLACED