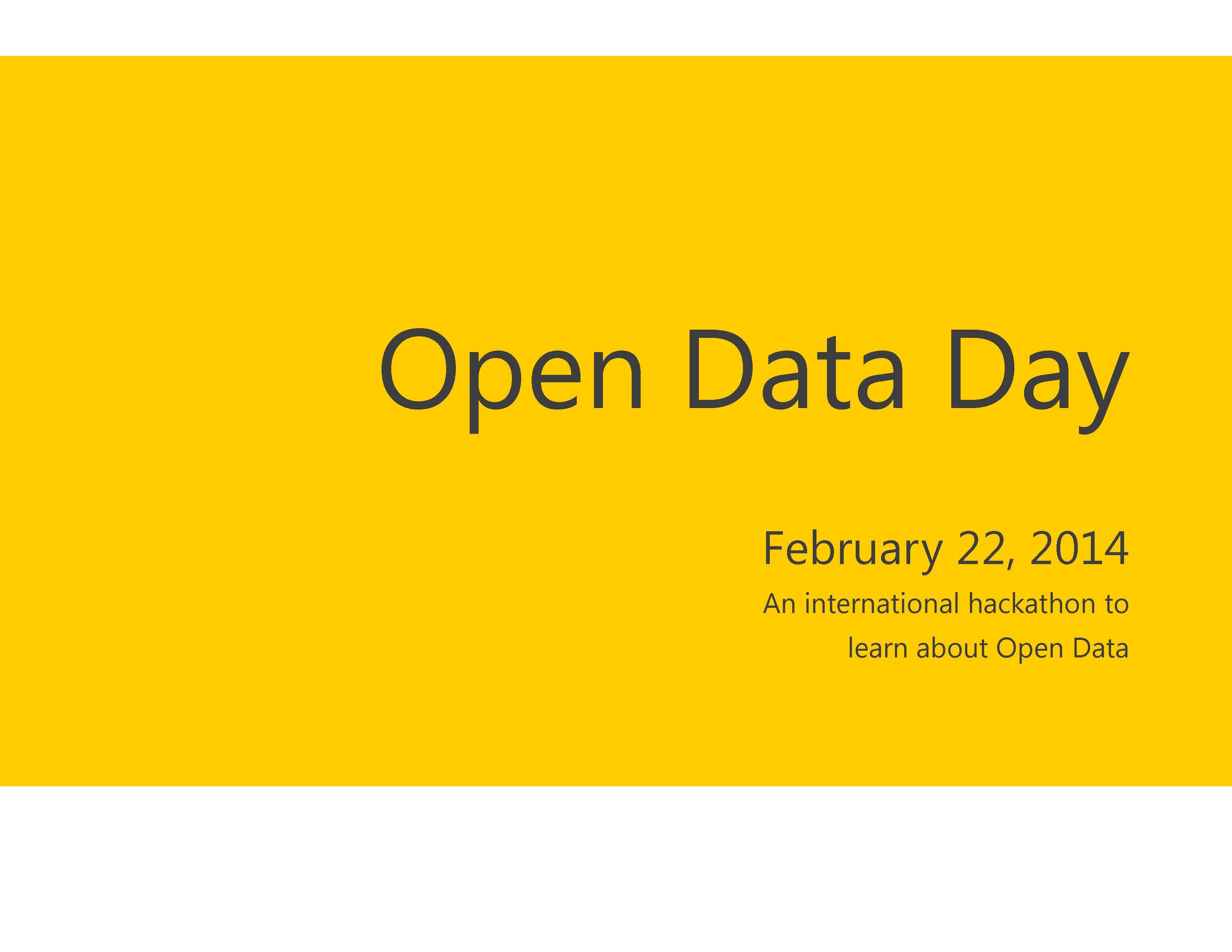 February 22 is Open Data Day, a global initiative hosted and supported by the Open Knowledge Foundation to raise awareness about the importance of open data and the advances in the promotion of open data. That day there will be more than 130 hackathones in cities across the world including several Latin American cities.  These hackathons will bring together individuals and institutions interested in developing applications, making data available and usable, creating data visualizations and publishing analyses of public information.

How can I participate?

To find the Open Data Day venue nearest you, check out this wiki.  Here is a list of Latin American cities that will be participating:

You don’t have to so anything special to participate.  Show up with laptop, tablet or mobile phone; or, if you prefer, don’t bring anything, because there will be millions of things to do.

Where did Open Data Day come from?

The first Open Data Day took place 2010 and was organized  by a group of people who were interested in promoting the culture of open data and who had participated in the event GovCamp de Ottawa. The success of this  first event led them to think of the potential of open data for public sector organizations and they began to think big.   They decided to organize an international mega-hackathon and managed to coordinate a simultaneous event in 63 cities in 25 countries. On February 22, four years later, there will be more than 130 cities involved, in 49 countries.

Who is this event for?

The Open Data Day is more than just a hackathon; it is an event to talk about how to leverage open data to improve our cities and our environment. It is an opportunity for public sector organzations to share the information they make available and to design applications that make that information useful for citizens. In short, it is an opportunity for citizens and public agencies to work together and even collaborate, as in the case of a sixteen-year-old girl who persuaded the British government to create an app to monitor and rationalize energy consumption.

How does it work?

The agenda of the Open Data Day is very intense and varies from city to city. It usually starts early with presentations of the data to be released. Then working groups will be bring together people  with ideas, data and computer skills, to work on the development of an app based on a specific data source. As they work, workshops will be held, focusing on technology or the latest developments in national regulations on open data. Finally, projects will be presented and, in some cases, the best will be recognized with awards.