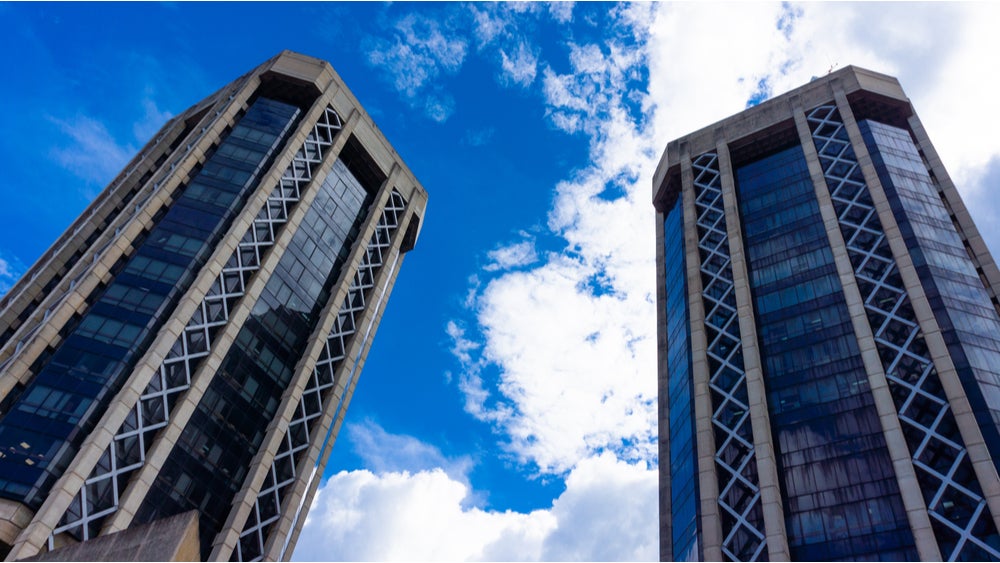 Financial development is crucial for economic growth, poverty reduction, reducing inequality, and a number of other important social outcomes. Caribbean countries have historically lagged in a number of related areas, and our new chapter in Economic Institutions for a Resilient Caribbean—entitled: Financial Development in the Caribbean—focuses on how countries in the region compare to peers around the world, including key deficits that have held the region back, and policies or reforms that can help to accelerate financial deepening and facilitate access, particularly for the most vulnerable.

To this end, our chapter develops new measures of financial access and adequacy applied to the region, as well as original methods designed to assess countries’ levels of financial development relative to their country-specific potential. In both contexts, our findings suggest that many of the six members of the Inter-American Development Bank’s Caribbean Country Department—The Bahamas, Barbados, Guyana, Jamaica, Suriname, and Trinidad and Tobago, referred to as “CCB countries”—have been held back by both inherent deficits, including economies of scale and scope, as well as policy and structural deficits that should be the focus of reform.

Economic uncertainty has compromised financial development across the region…

Our research documents a variety of outcomes in terms of financial depth, access, and adequacy. In terms of the depth of credit markets—the base of the financial pyramid—, most CCB countries compare poorly with both regional peers, and other countries at similar levels of income and development. Jamaica, Suriname, and Trinidad and Tobago in particular have seen only limited progress in terms of financial deepening since the 1980s, likely owing to policy inconsistencies—for example, unsustainable fiscal or debt situations, high inflation and interest rates, and/or uncompetitive exchange rates—, and the impacts of large external shocks. In this context, surveys of firms have reported concerns over the macroeconomic environment as among their most significant challenges to productivity and performance (Figure 1).

We also find that while the use of savings accounts appears widespread, firm access to basic lending services are constrained in several countries. For example, firms in Barbados, Trinidad and Tobago, and Guyana report greater access to loans and credit lines than global and regional averages, while firms in Jamaica, the Bahamas, and Suriname fell short. Turning from access to the concept of sufficiency, we develop a new measure of financial adequacy—”Firm Financing Gaps”—, based on the latest available cross-country enterprise survey data (ranging from 2010 to 2018 at the time of writing), that highlights impediments to firm access to finance in most of the CCB countries, compared with strong performance in Barbados (Figure 2). Though data is admittedly dated in some cases, these findings are consistent with more recent survey results also presented in our chapter.

High costs of credit have been an impediment to access across the region… Our research also focuses on some reasons why firms may face challenges in accessing finance. For example, cross-country surveys suggest that high interest rates, the need for collateral or guarantees, and the complexity of loan applications are among the most common reasons why firms do not apply for loans. In this context, IDB-sponsored enterprise surveys suggest that impediments to finance, such as prohibitive collateral requirements and the high costs of borrowing, are among most commonly-reported challenges to firm productivity and performance. These impediments tend to be more acute for smaller firms. Other enterprise survey results confirm these conclusions, highlighting the fact that with the exception of Barbados, firms in all CCB countries reported collateral requirements that are higher than both cross-country and regional averages. Similarly, we consider indicators linked to the costs of credit, including interest rate spreads and bank profitability in these jurisdictions, and find that Jamaica, Guyana, and Trinidad and Tobago appear to host banking sectors characterized by high profitability and relatively high interest rates on loans. These and related indicators tend to suggest the presence of structural deficits preventing local banks in several CCB countries from providing funding at more reasonable costs (Figure 3).

We also considered financial depth and development across various segments of the financial market, including the credit sector (e.g., banking), equity markets, and insurance sectors (both life and non-life insurance providers). To this end, an original benchmarking exercise for each of the CCB countries compares financial sectors and relevant subsectors against predicted values, with findings that have considerable potential implications for policies and reform efforts. First, we find that with the exception of Guyana, CCB countries have credit sectors—as measured by private credit as a proportion of GDP—below the predicted level (Figure 4). This is consistent with our findings regarding less than adequate funding for firms in several countries. Second, stock market capitalization—as a proportion of GDP—in all 3 countries for which comparable data was available—Barbados, Jamaica, and Trinidad and Tobago—are larger than the predicted values, while liquidity (i.e., turnover) is less ample than predicted. Substantially so in the cases of Barbados and Trinidad & Tobago. This result suggests that the real negative effect of the diseconomies of scale in public capital markets is even stronger than suggested by the benchmarking model. Finally, the size of the insurance sector—primarily life insurance—is substantially larger than predicted by the benchmarking model.

What can Caribbean countries do to accelerate financial development?

As outlined above, we find that when CCB countries are benchmarked with respect to their structural characteristics against other countries across the world, they are found to display small banking systems, but large insurance sectors—especially for life insurance. Their stock markets are larger than we would expect, but display lower-than-expected liquidity. Findings of this benchmarking exercise support the above-mentioned conclusions of our newly developed measures of financial adequacy, suggesting that firms in several CCB countries are considerably underserved in the credit markets. This represents a considerable impediment to their performance and productivity growth, hampering the prospects of achieving a faster and more inclusive growth. This is particularly so for smaller firms, that are responsible for a large share of employment in many of these countries.

In terms of policies and reform priorities, there are many potential implications flowing from this work, including:

While other country-specific issues are also clearly relevant—for example, the prevalence of informality, crime and disorder—, focusing on these four critical themes could help countries move towards their financial possibility frontiers, and achieve their full potential in terms of financial sector depth and development. This would, in turn, support broader and more adequate access to finance for firms—both small and large—, households, and marginalized populations, as well as help many of the Caribbean countries to improve the lives of their citizens in a more inclusive and sustainable way.

Thorsten Beck is currently professor of banking and finance at The Business School (formerly Cass) in London. He is also Director of the Florence School of Banking and Finance and will take up a Chair of Financial Stability at the European University Institute in September 2021. He is a research fellow of the Centre for Economic Policy Research (CEPR) and the CESifo. He was professor of economics from 2008 to 2014 and the founding chair of the European Banking Center from 2008 to 2013 at Tilburg University. Previously he worked in the research department of the World Bank from 1997 to 2008 and, over the past 12 years, has worked as consultant for—among others—the European Central Bank, the Bank of England, the BIS, the IMF, the Inter-American Development Bank, the Asian Development Bank, the European Commission, and the German Development Corporation. His research, academic publications and policy work have focused on two major questions: What is the relationship between finance and economic development? What policies are needed to build a sound and effective financial system? In addition to numerous academic publications in leading economics and finance journals, he has co-authored several policy reports on access to finance, financial systems in Africa and cross-border banking and he has research and policy experience across a large number of countries across the world. He holds a PhD from the University of Virginia and an MA from the University of Tübingen in Germany.