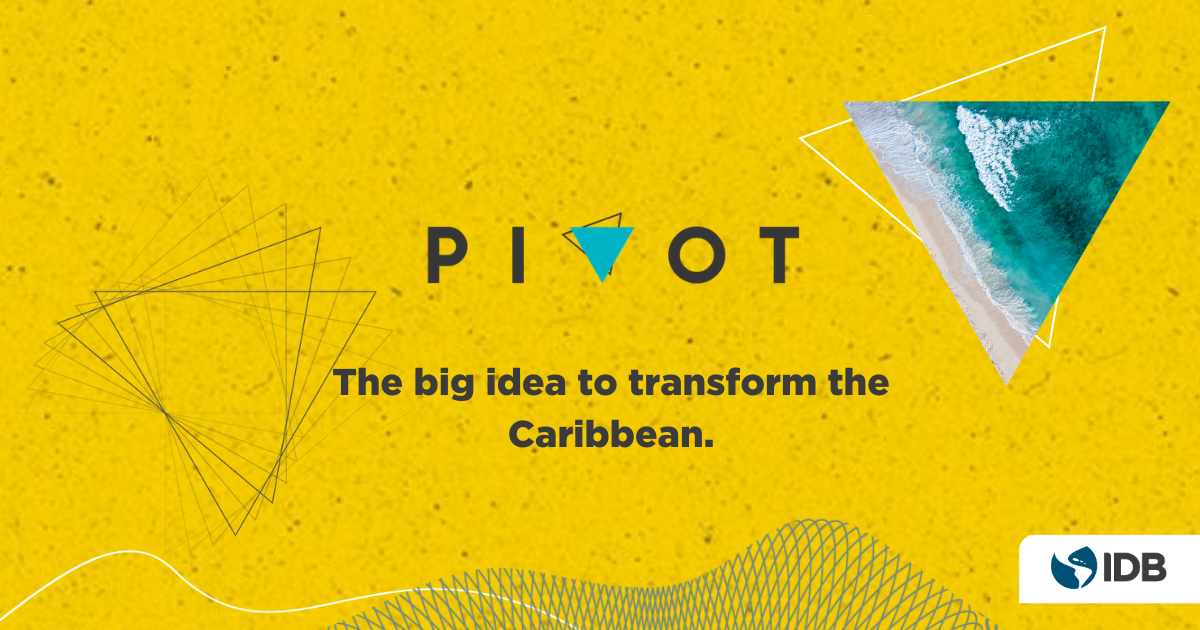 “We must have the cultural confidence to develop technologies of our own kind on a timeline that that plays to our strengths and which captures the imagination of our own people. We must become a developer of ideas and technologies that allow us to overcome the everyday disadvantages of being a small island developing state. That will allow us to overcome our small population, our small economy, our vulnerability to natural disasters and our very difficult history of slavery and colonialism,” says PM Mottley.

The Pivot Event brings together a select group innovators and entrepreneurs to develop moonshots or the big ideas that will transform the region. The virtual event focuses on three sectors: electric vehicles, digital transformation and tourism. The event launch also featured a message from well-known global entrepreneur Sir. Richard Branson. General Manager of IDB Caribbean, Therese Turner-Jones was also on hand to set the stage for participants.

“Pivot is a movement of bold ideas with the potential to transform life in the Caribbean. It is a challenge to the people of the Caribbean to stretch beyond our physical and mental boundaries and truly allow ourselves to think big”, Mrs. Turner-Jones said.

In her address PM Mottley also highlighted that, unknown to many, the region has already “solved some of the most difficult of the so-called developed world’s problems”, with universal education, universal health care, stable political systems and freedom of choice and social partnerships. Still, the Caribbean has not been in the business of moonshots (radical and ambitious ideas) or performing at its best at scale underscored by the fact that it lags in digitization in an age where digital innovation is advancing at a rapid pace. Its institutions tend to be averse to risk and new ideas.

The IDB has partnered with The Caribbean Climate-Smart Accelerator (CCSA), Singularity University (SU) and Destination Experience (DE) to host the Pivot Event.  The event takes place over five days between Oct 15th and 30th, 2020.  The Pivot Event will produce a manifesto of nine moonshots (or big ideas) and a roadmap for how they can be achieved.

To join the closing of the first Pivot event at 9 AM on October 30, click here.

Watch the launch of the first Pivot Event in full here.

To learn more about how you can join the Pivot Movement click here.