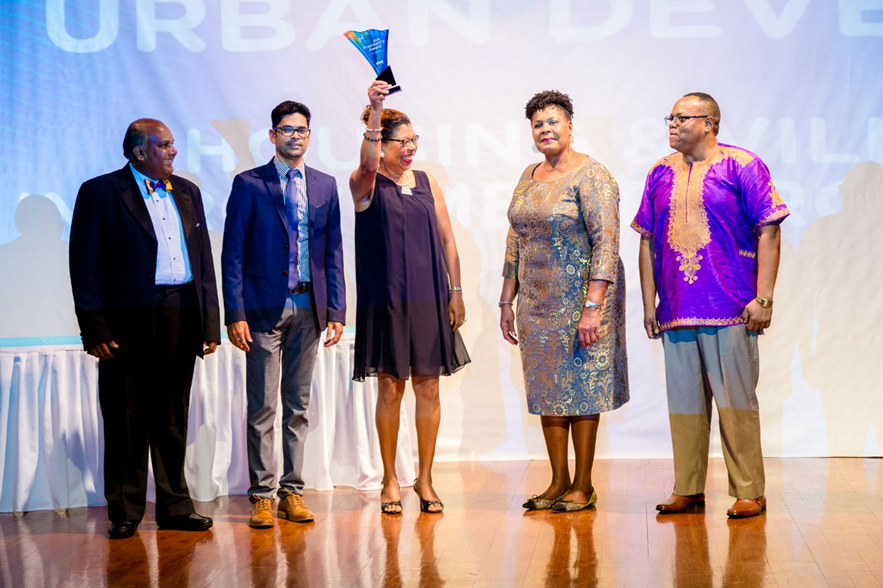 When we think about public services in Trinidad and Tobago, long waiting lines, poor customer service, understaffed offices and outdated technologies may come to mind. However, no one can argue that the public service isn’t vital to supporting a country’s economy, preserving the well being of its citizens (especially the most vulnerable) and maintaining order. Indeed, we often take for granted that the public service is made up of people like you and me who are passionate about what they do and are eager to help make their country better. We should then ask ourselves: Is the public sector capable of being innovative and offering cutting-edge solutions for modern-day problems? If so, how do we identify these capabilities and continue to support and encourage their development?

This year, the Inter-American Development Bank (IDB) is once again teaming up with the Office of the President of the Republic of Trinidad and Tobago to confer the President’s Award for Service Excellence and Innovation in the Public Sector. In December 2018, as part of its “Unfollow: Same never made a difference” campaign, the IDB collaborated with the Office of the President to host the inaugural award. The award was open to applicants from ministries, public service departments/divisions, state-owned companies, statutory bodies and state agencies. Rocío Medina-Bolívar, Country Representative for the IDB Group in Trinidad and Tobago explained the impetus for the award: “It is of utmost importance that we recognize the strides taken to revolutionize the public service in response to the ever-changing national, regional and international landscapes. Innovation and evolution in the public sector are key to addressing the challenges faced today and those yet to come.”

This year the competition and final awards ceremony scheduled for December 3rd, 2019 promise to be bigger and better as the IDB and Government are working together to encourage more applications from across the public sector. As Ian Ho-A-Shu, Senior Health Specialist pointed out, there will be a number of new features in this year’s competition. First, there will now be two (2) separate awards recognizing Service Excellence and Innovation. The introduction of a “People’s Choice” award where the audience will be given the opportunity to vote for their favorite finalists on the night is also a welcome addition.

In 2018, the award competition ran for 8 weeks after which 7 finalists were shortlisted by a panel of judges chaired by President Paula Mae Weekes. On the day of the award ceremony—professionals from several ministries and Government agencies gathered to view video features on the finalists and to join President Weekes in naming the Ministry of Housing and Urban Development as the winner of this inaugural honor. A full-length video feature was produced on the Awards process which was shown on national television (see link here) and a full-page advertisement highlighting the winner was published in the local newspapers.

Based on feedback, the celebration of the shortlisted projects and final award ceremony was a resounding success. There was extensive press coverage in all major newspapers, across local television stations and on social media. The winners gave numerous interviews about their experience and proudly displayed their trophies. This process built excitement among local agencies that committed to participating in the next award cycle. Furthermore, the President immediately indicated her interest in continuing as patron of the Awards. So, what was the secret to the success of the Award program? Carina Cockburn, Chief of Operations, IDB Trinidad and Tobago told us what set the program apart:

1) A year’s worth of bragging rights which can be more meaningful than financial recognition. The emphasis of the reward should not be monetary but should instead highlight the winners and their work in a positive manner. We did this by using videos, public ads, press releases and an award ceremony.
2) Endorsement of the award at the highest level. It goes without saying that people enjoy recognition, especially for a job well done, and even more so when that recognition comes from the Head of State.
3) Appointment of a prestigious judging panel. The judges recruited are well respected, independent, notable experts in their respective fields and were regarded as objective and of high moral caliber.
4) An honest broker (IDB) to facilitate the award process. This was significant as it signaled that the highest international standards would be applied in adjudicating the awards and that the evaluation would be based on best practices.
5) Creating an environment for participants to tell their own stories. Provide space for participants to speak directly with the judging panel and by extension the public about their work, its impact and importance for citizens.

Lead Photo: President Paula-Mae Weekes presents Permanent Secretary Mrs. Simone Thorne-Mora Quinones and her team from the Ministry of Housing and Urban Development with the 1st place prize at the 2018 awards ceremony.

Denesh Baboolal is a development professional currently employed as a consultant with the Inter-American Development Bank in Trinidad and Tobago. He has worked with the operations team in the country office, as well as with the Gender and Diversity Division to co-coordinate the Regional Policy Meeting on Masculinity held on April 2019 in Jamaica. He holds a bachelor’s in Economics (Special) from the University of the West Indies, St. Augustine Campus and has submitted his Msc thesis calculating the effect that violence against women has on their decision to participate in the labour force in Trinidad and Tobago.