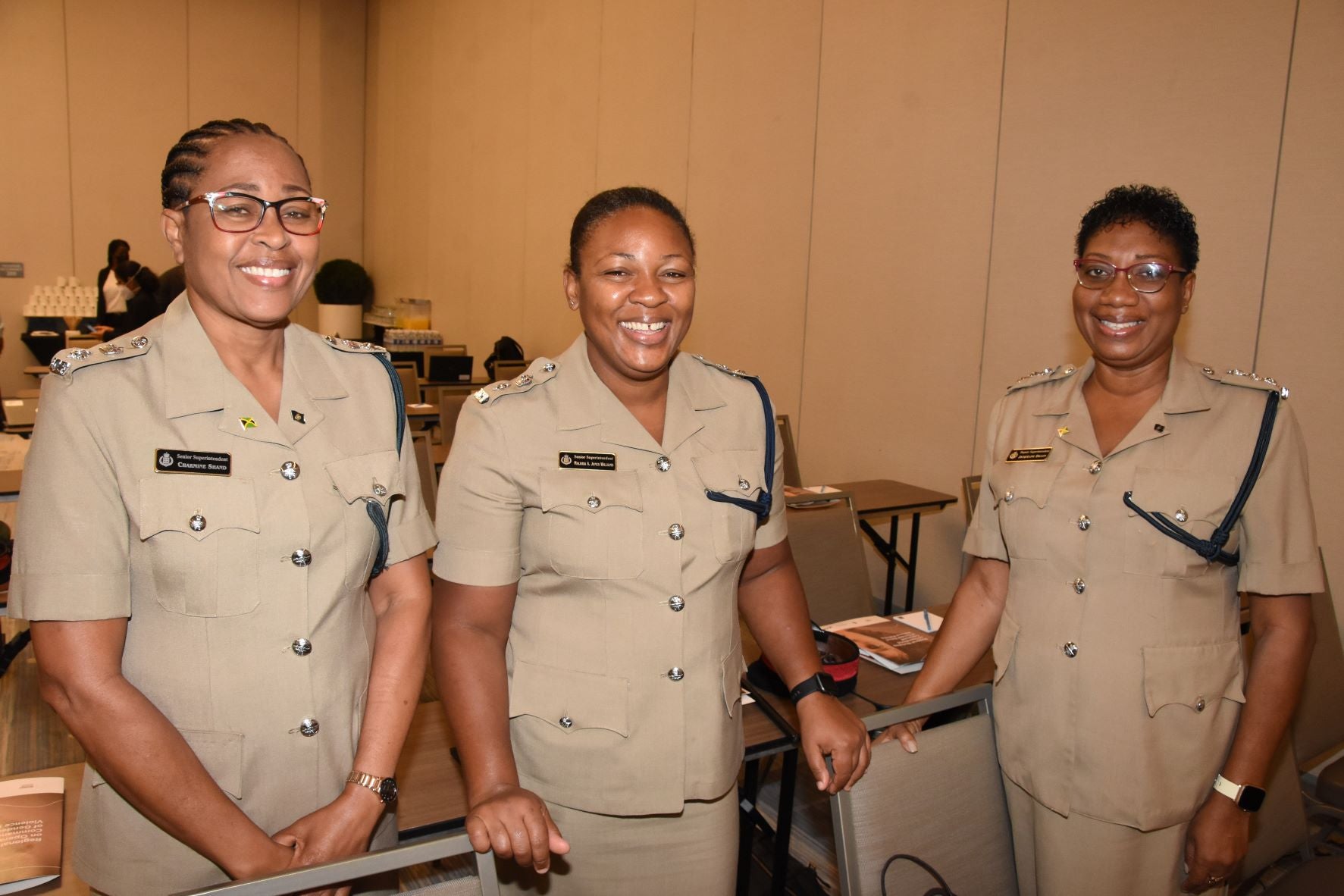 Before joining the Inter-American Development Bank (IDB), I was a journalist working in the Caribbean. The police were among the key stakeholders with whom I interacted almost daily. Even with this close ‘working relationship’ I realised that I had—until recently—very limited knowledge about the work of law enforcement. This may be true for most people who do not engage with police officers frequently. It can also give rise to dangerous misconceptions about this important group.

In July, I was part of the planning team at the Regional Workshop on Operational Command of Gender Based Violence Policing, in the capacity of communications specialist. This allowed me to sit in a room with senior law-enforcement officers tasked with managing Dedicated Domestic and Sexual Violence Units (DDSVUs) from the six IDB member countries in the Caribbean (The Bahamas, Barbados, Guyana, Jamaica, Suriname, Trinidad & Tobago). Joined by international experts, the officers exchanged lessons, best practices, and ideas on how to improve the day-to-day policing of gender-based violence. The five-day workshop was hosted by the Jamaica Constabulary Force (JCF) in partnership with the IDB and UN Women.

Gender-based violence is defined as violence directed against a person because of their gender. Both women and men experience gender-based violence but the majority of victims are women and girls. In the Caribbean, GBV is prevalent. According to the 2018 Women’s Health and Life Experiences Survey close to 40% (37.8%) of women in Guyana have experienced sexual or physical violence in their lifetimes. In Jamaica and Trinidad and Tobago that number is 25.2% and 30.2%, respectively. However, national surveys conducted in five Caribbean countries (Guyana, Jamaica, Suriname, Trinidad and Tobago, and Grenada) have found that six of ten survivors of physical and sexual intimate partner violence do not seek help or support from any agency or authority. But those who do seek help, most often go to the police.

Here are my observations from the workshop, which I have tried to share while maintaining the confidentiality that lent itself to very candid discussions.

The experiences across Caribbean countries are similar

While individual cases differ, officers are facing very similar challenges in all of the countries represented. Among the most popular issues were resource constraints, outdated legislation, and the need for centralised administrative databases for sharing information with other support services for victims and their families. The workshop was an opportunity for officers to share ways in which they have worked around—and in some cases—solved these issues.  For instance, one team shared an example of the comprehensive single form that is used to file a report, to avoid victims being asked the same questions several times. For issues such as legislation which cannot be solved as easily, the officers discussed how different interpretations of the law can be applied.

There is genuine regard for victims of gender-based violence, their safety, and the emotional toll that reporting crimes could place on them. There was a rich discussion on ways to minimize negative impact by improving efficiencies such as taking the victim statement only once and being mindful of the environment in which victims report crimes. There is also an urgent need for more safe houses throughout the region since involving the police could impact victim safety. The exchange on this topic was useful for officers. Practices such as taking reports wherever the victims are most comfortable and using simple risk assessment tools to evaluate victim safety were shared.

Building and maintaining trust is an important aspect of gender-based violence policing. Many of the officers said they try to make themselves available to victims and members of the community around the clock. They shared how being accessible is a useful tactic, but it has a downside: they are always ‘on the job.’ This takes a toll on their mental health and family life. The more senior officers at the workshop shared the ways in which they identify and manage burnout on their teams. They shared how initiatives such as professional counseling and peer counseling can be implemented to support officers.

Changing perceptions in policing and the public is important

Dangerous misconceptions about gender-based violence exist within and outside of law-enforcement. For instance, there are many who still believe that the police should not be involved in domestic violence. There are also those who believe that GBV policing is a ‘softer’ branch of law enforcement and therefore does not necessitate the same resources and attention of the other divisions.  The officers acknowledged their role in changing these ideas and communicating the seriousness of their work. They also emphasized that, because there could be perpetrators and victims of GBV within their ranks, all reports should be treated with equal urgency and professionalism.

Creating a Community of Practice

The recent workshop is the first part of two international learning and engagement events funded by the IDB. The second is a fellowship program with the University of Toronto in September 2022. The fellowship involves two weeks of training on integrated service delivery models for intimate partner violence and first-hand experience through being embedded in DDSVUs throughout the province of Ontario.

Arising from the event, the officers have committed to deepening these discussions to find regional solutions and partnering to provide each other technical support where possible. But they can’t do it alone. We should all be aware of the realities of GBV policing as we are equal partners in ending this region-wide scourge. Therefore, development partners, civil society groups and private sector entities should strive to know more about the experiences of those serving at the frontlines and support their efforts towards ending gender-based violence in the Caribbean.

The IDB is the largest multilateral organization focused on building institutional capacity in the citizen security and justice sector in Latin America and the Caribbean. The Group is committed to working with stakeholders throughout the region to meaningfully improve the lives of survivors and their families, and end gender-based violence.