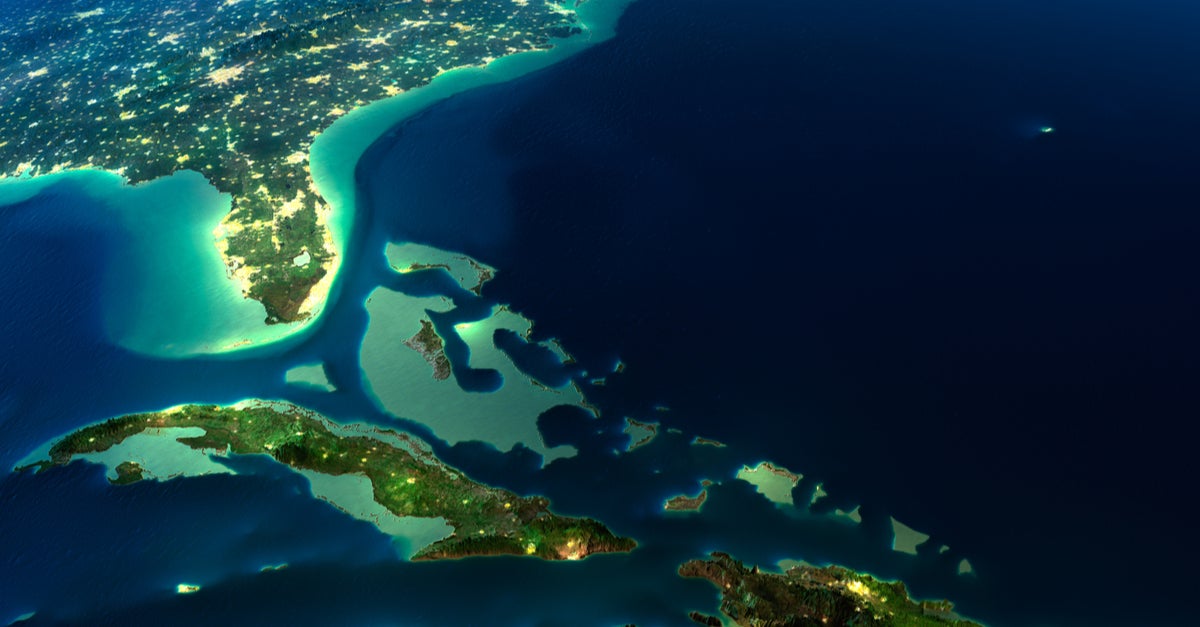 On the eve of the arrival of Hurricane Dorian, the images captured by the NOAA-NASA satellites showed us the magnitude of the climate disaster that was going to happen (see figure 1). To date, Hurricane Dorian is considered one of the most devastating natural disasters ever to hit The Bahamas. The estimated damages and losses from it amount to US$3.4 billion (see https://www.iadb.org/en/damages-and-other-impacts-bahamas-hurricane-dorian-estimated-34-billion-report), a number equivalent to a quarter of the country’s GDP. Dorian’s effects also resulted in the revision of The Bahamas economic growth forecast. The IMF reduced GDP growth estimates for 2019 to 0.9 percent, and the economy is expected to contract in 2020.

After the arrival of a natural disaster, a quick response from different fronts is required. Among several efforts, an important task is the identification of the impact of the disaster in the affected regions to establish a baseline from which to begin reconstruction. In line with these efforts, the IDB has recently published a study that estimated the impact of Dorian on the GDP of The Bahamas using the variation of the night lights intensity[1] before and after the hurricane hit in early September 2019 (see https://publications.iadb.org/en/impact-hurricane-dorian-bahamas-view-sky).

The results suggest that the GDP growth rate in most of the 19 islands that comprise The Bahamas experienced a sharp decrease because of Hurricane Dorian. Grand Bahama and Abaco, the islands that suffered the most from this event, have recorded significant decreases in their economic activity. In particular, Abaco shows a reduction in monthly economic activity of 54 percent comparing September 2019 to September 2018 (see figure 2a), and Grand Bahama registered a 34 percent decrease (see figure 2b). 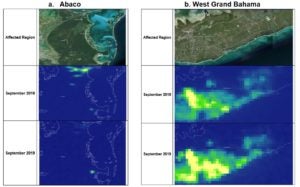 The nighttime data have been used in the past to estimate the economic activity in developing countries. In 2012, (Henderson, Storeygard, & Weil, 2012) created a statistical framework to estimate a proxy of the GDP growth using the variation of the night lights intensity captured by space satellites. The publication has been replicated several times for its accuracy in countries that have low quality national accounts. Various scholars have used the satellite data and similar statistical frameworks to study economic changes and urbanization/migration patterns.

Moreover, this data has been used for disaster response. For example, VIIRS detected power outages in the wake of Hurricane Matthew at the end of September 2016, information that was used to develop power outage maps and contributed to recovery efforts in the affected regions. The benefit of using satellite night lights as a monitoring tool for the recovery of The Bahamas is its availability and the low cost of access even after several months of the climate event.

Was Hurricane Dorian a one-time, extremely rare event or a sign of a recurring threat? Despite their rarity, the intensity and frequency of category 5 hurricanes have been steadily increasing. Among the negative effects of climate change, hurricanes are expected to become more frequent, stronger (in terms of wind speed), and more destructive as higher sea levels amplify their strength. Given the availability of the night light data, this study could be replicated in the future to measure the effectiveness of the actions being taken to recover the dynamism of the Bahamian economy. Moreover, the methodology can be used to build up the strategies to improve the climate change resilience of The Bahamas by helping to estimate the economic activity throughout the islands.

[1] The Earth Observations Group (EOG) at NOAA/NCEI NASA produces the night light images by averaging the radiance composite images using daily nighttime data from the Visible Infrared Imaging Radiometer Suite (VIIRS) Day/Night Band (DNB), which is a sensor onboard of the meteorological satellite Suomi NPP. This data can be found here: https://ngdc.noaa.gov/eog/viirs/download_dnb_composites.html)