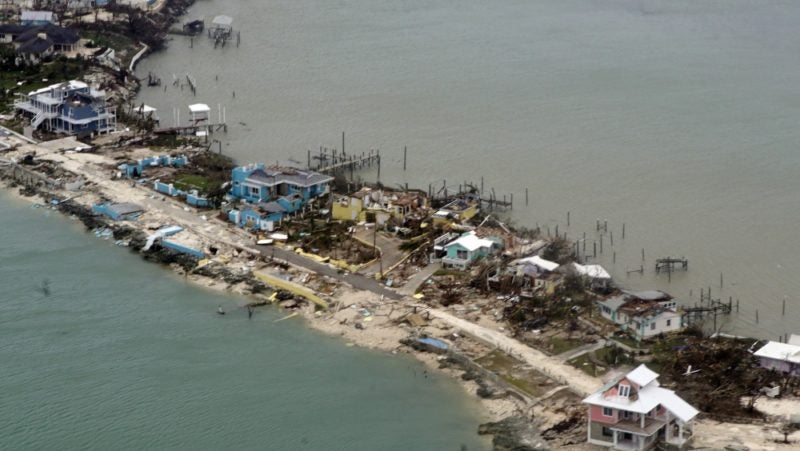 Through an airplane window, it’s easy to see why the world calls this place Paradise. I travel often for work and from my seat in the sky I have come to know the beautiful topography of the Caribbean: Guyana’s lush green, Barbados’ turquoise shores, Trinidad’s northern range. Each landscape is unique; all different members of the same family. And while I am proud to be part of the Caribbean family, the islands of The Bahamas are home. Today the view of my home is different from the one I know so well. Hurricane Dorian’s wrath has claimed many lives, devastated homes, property and livelihoods. I share the shock and grief from this tragedy. But I also feel hope and pride, because I know we are not alone.

Hurricane Dorian is a life changing disaster. For three days Bahamians felt the effects of this category 5 Hurricane as it lingered over the northwest and central Bahamas. The Abaco Islands bore the brunt of the storm’s 220mph winds, leaving behind precious lives lost and apocalyptic desolation. The Abaco I remember is a stunning place. Treasure Cay and its iconic hotel attracted visitors from around the world. Over the years, as its popularity grew so did the industrious nature of its people. Now, much of that progress has been lost. But we pick up the pieces and begin the task of rebuilding the yachtsman’s paradise.

Catastrophic events like Hurricane Dorian underscore our need to prepare. Hurricanes are an annual occurrence in the Caribbean which faces other disasters like earthquakes and droughts. This is the new normal and we must be ready for disasters while also building resilience on individual, community, national and regional levels. In January the Government of The Bahamas took a proactive step in its preparation for disasters by tapping into the IDB’s Contingent Credit Facility for Natural Disasters. The $100 million USD contingent disaster facility is triggered based on the location, type and intensity of natural disasters. The Government of The Bahamas has signaled its intention to use this facility to fund urgent relief efforts. And help has been pouring in. The Prime Ministers of Jamaica and Barbados have already pledged their support and more national leaders are doing the same. The private sector is on board too. Royal Caribbean International (RCI) and The Walt Disney Company pledged to donate $1 million USD to relief efforts. Then there are nonprofits like Chef  José Andrés’ World Central Kitchen which arrived in The Bahamas ready to provide thousands of hot meals.

Building resilience is key to the Caribbean. We’ve partnered to help establish the Caribbean Climate-Smart Accelerator. CCSA is a Caribbean-led coalition to drive resiliency in the region. It was formed by Caribbean leaders in response to the 2017 hurricane season, which decimated large parts of the region. Through private and public partnerships, the organization is building more resilient countries, cities and industries and stronger infrastructure that can withstand the effects of climate-disaster. CCSA is just one way that the public and private sector groups can work together to tackle a problem we all face: the onslaught of nature.

In The Bahamas the immediate task is to rebuild. We will work with the UN’s Economic Commission for Latin America and the Caribbean (ECLAC) to determine reconstruction costs. It will take time and resources to make the affected areas habitable and sustainable once more. The reality of climate change means we must do more than rebuild. Governments need to promote policies that make resilience a central feature of our future cities and infrastructure. Dorian dealt us a ferocious blow. I am confident we can come back stronger, and the international community will stand with The Bahamas in the task ahead. 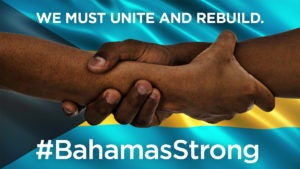