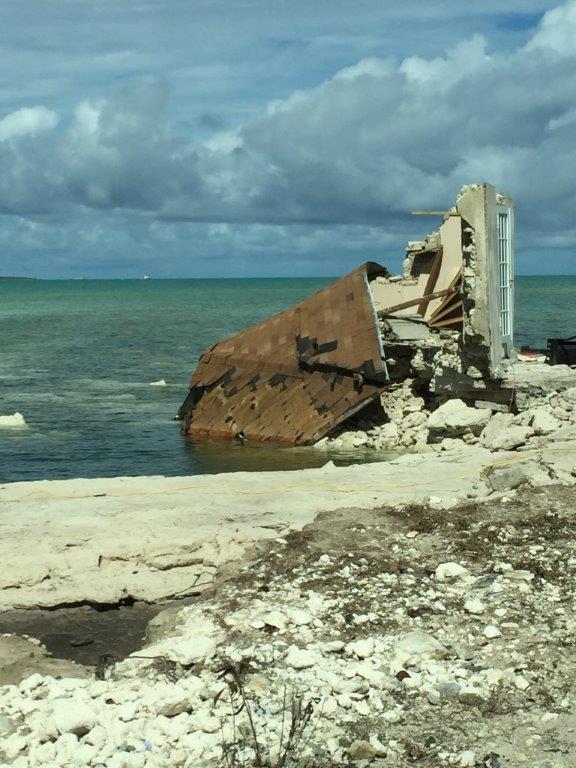 Climate Change is already affecting The Bahamas. We are experiencing much hotter and longer summers and our cooler months, which seems each year to take longer to arrive are not as cool as 15 and 20 years ago. Due to the endless warming of the atmosphere we are experiencing an increase in the existence of vector borne diseases, such as dengue and Lyme (tick) disease. We are also seeing the bleaching effects of the sun’s heat on our coral reefs, which are natural sea wave breakers and our first barriers of defense against storm surges.

Just last month, the category 4 Hurricane Joaquin devastated six islands in the south and central Bahamas due to storm surges. Luckily there were no human deaths due to this Hurricane, but many animals died. Homes, buildings, and utility infrastructure were destroyed and the coastal environment was damaged. Many people were left with nothing other than the clothes on their backs.

The reality is that we will see more category 4 and 5 hurricanes,  an increase in the presence of vector borne diseases and a threatening rise in sea level and more, if nothing is done to address global warming due to greenhouse emissions.

The COP21 also known as the 2015 Paris Climate Conference was held November 30 to December 11, 2015 in Paris, France. The aim of the COP21 is to achieve legally binding and universal agreement on climate, with the objective of keeping global warming below 2 degrees Celsius. The COP21 had almost 50,000 participants of which 25,000 were official delegates from governments and other international organizations. The success of this universal legally binding agreement will go a long way to ensuring that the major industries most responsible for global warming find alternative means of functioning.

In The Bahamas, we can also do our part to contribute to keeping global warming below 2 degrees Celsius and protect our population at the same time. We can start by allowing a more diversified energy matrix that would include renewable sources of energy being connected to the national grid. We can improve the management of solid waste to eradicate spontaneous fires at dump sites, which leads to respiratory illnesses. We can put incentives in place that would lead to more hybrid vehicles circulating on the roads. We can also improve the current bus system so that more Bahamians will want to use public transportation, taking more vehicles emitting pollutions in the atmosphere off of the roads.

The honest truth is that we will have to live differently in order to contribute to slowing down climate change. We will have to put environmental policies in place, such as preventing further cutting down of pine trees, which play a big part in maintaining our aquafers. We will have to also plant more trees and other local vegetation strategically across the country. We will have to move roads,  buildings and communities further inland or to other islands to allow the natural sand dunes, sea grass and wetlands to come back to protect these islands as they were designed to do.