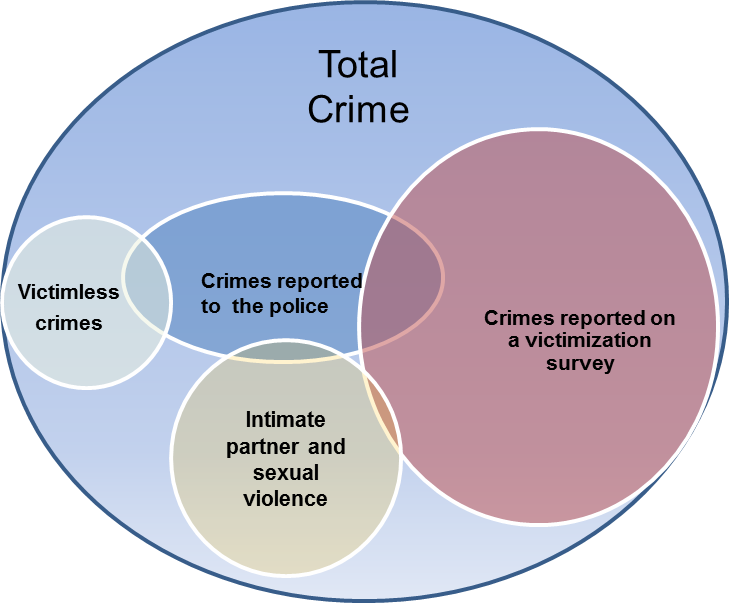 The police are normally considered the first source of information on crimes committed. However, police crime statistics are only the tip of the iceberg when it comes to measuring and understanding crime. In the Caribbean, according to a forthcoming IDB publication, only 44% of common crimes were reported to the police in 2014. Globally it is estimated that less than half of common crimes are reported to the police (49%)(ICVS 1990-2005). For some crimes (i.e. assault and sexual crimes) the percentage is even lower – sometimes 10% or below.

At best police statistics give a partial view of what is happening in a country, at worst they distort our understanding of the actual problem.  When police crime statistics rise or fall, this does not mean that actual crime is increasing or decreasing.  More likely it means that more or fewer citizens are reporting crime, or that the police are more or less competent in recording crime data. Entire groups at risk of victimization may be unknown.  The most problematic crimes may not be those that appear in police statistics. Additionally, police data is notoriously difficult to compare from one country to the next so that understanding regional crime is more difficult.  All of this can lead policy makers to make poor decisions regarding policy and allocation of resources.

WHAT ARE VICTIMIZATION SURVEYS?

Victimization surveys involve interviewing a representative sample of citizens about their experiences with crime and violence. Through these surveys, the characteristics of crimes can also be better understood, including where they happen, under what circumstances and what individuals were involved. For more detail see the recent IDB technical note Victimization Surveys 101: Recommendations for Funding and Implementing a Victimization Survey).

Among other things, these surveys can help to:

This information can help policy makers to tailor crime reduction policies and programs to achieve better results. They can also be used as an initial benchmark against which progress can be measured.

VICTIMIZATION SURVEYS IN THE CARIBBEAN

Victimization Surveys in the Caribbean have been few and infrequent. The limited data produced is not widely available to academics and the public.  This motivated the IDB to design and conduct a victimization survey module in five Caribbean countries (The Bahamas, Barbados, Jamaica, Suriname, and Trinidad and Tobago,) in 2014/2015. The module was added to the core questionnaire of the Latin American Public Opinion Project (LAPOP), which allows us to place victimization data in a sociopolitical context. The survey results will be published in a forthcoming study designed to help policy makers tailor crime reduction policies and programs to achieve better results.

*Part of ongoing research by the Caribbean Country Department’s economic team on violence, crime and values.