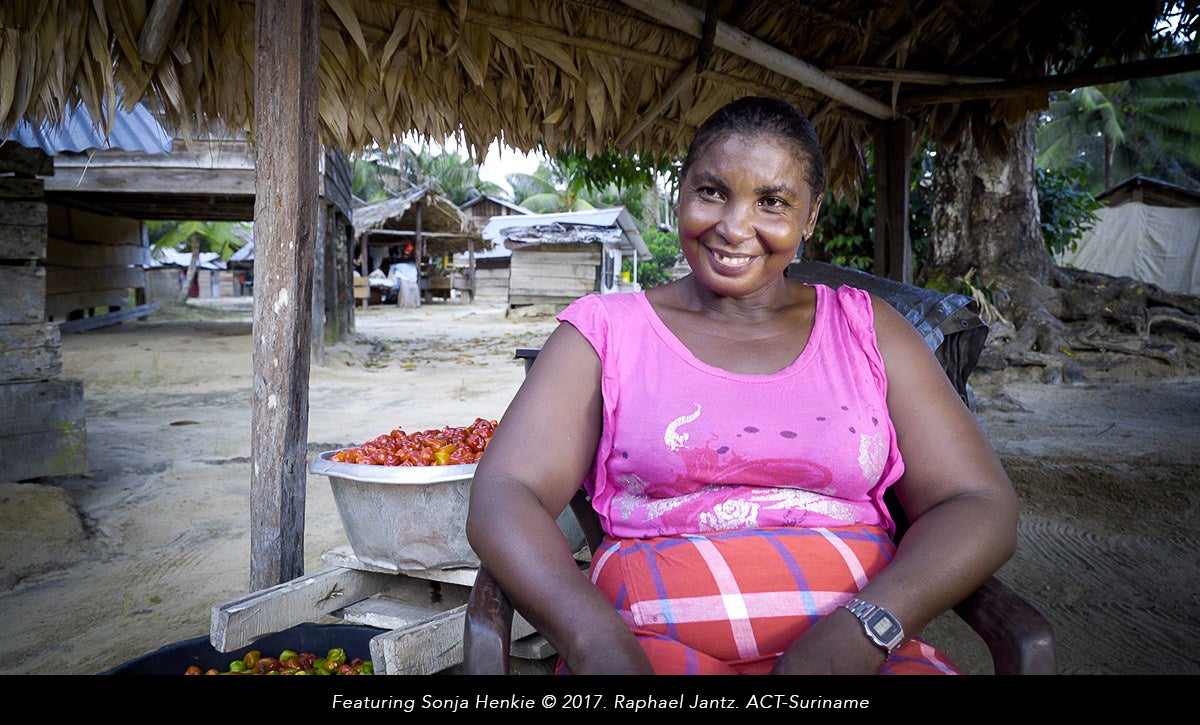 On a mission to empower rural women in Suriname

On September 12, 2015, Anna Nantawi (52) and Ketoera Aparaka (45) left their village in the southern interior of Suriname to attend a six-month training program in India provided by the NGO Barefoot College to become solar engineers. The women speak no English or Hindi, and one had never left her village before. The program enables non-skilled women who may not be able to read or write to install and maintain solar panels. After their return to Suriname, the women were able to set up, maintain and repair solar energy systems. Today, Anna and Ketoera act as trainers and transfer their acquired knowledge to fellow villagers and neighboring villages. This opportunity arose out of a collaboration between the Amazon Conservation Team Suriname (ACT-Suriname), Barefoot College, and the Indian government.

The 2016-2030 Sustainable Development Goals, the follow-up to the United Nations Millennium Development Goals (MDGs), have gender equality and women’s empowerment at their core and include a target to double the agricultural productivity and incomes of small-scale food producers, in particular women. In the year 2000, with 189 other countries, Suriname committed itself to the U.N. Millennium Declaration that embraces eight MDGs addressing the most pressing global developmental challenges like good governance, poverty alleviation and sustainable human development.

Rural women are often the backbone of sustainable community livelihoods because they are the ones providing food for their families and their communities while also taking care of children and their households. But according to the MDG indicators, it is rural women that suffer the most from poverty, and face multiple forms of discrimination, violence and insecurity relative to rural men and urban men and women.

In southern Suriname, most villages are only accessible by plane or water. It is difficult for residents to generate sustainable income. ACT-Suriname is providing opportunities to transform rural women’s lives by tapping into their wealth of traditional knowledge of the forest and enhancing their capacity with regard to both handicraft production and sustainable agriculture. ACT-Suriname strengthens networks of indigenous artisans, and assists them with the manufacture and marketing of their products. With upgraded skills and designs and new entry to markets, they may increase their income. To date, women in two villages, Apetina and Kwamalasamutu, have received onsite training to improve handicraft production. New designs respecting the cultural heritage of the products are developed in collaboration with international designers and eventually sold in local markets.

In three communities—Pelelu Tepu, Matawai, and Kwamalasamutu— in collaboration with the IDB, ACT-Suriname is engaging a group of 80 women in pepper production. The women are taught technical as well as business skills. Through training in sustainable farming methods and workshops on nutrition and health, the women are able to increase the nutritional value of their crops, maximize their land yield and map out potential markets. They have been provided with tools and machinery that enable them to dry their pepper three times faster and process and preserve the pepper immediately. ACT-Suriname also is providing assistance in pepper branding and marketing.

Meanwhile in Tepu, with the help of the UNDP, the Japan Caribbean Climate Change Program and ACT-Suriname, Anna Nantawi and Ketoera Aparaka will be busy over the next few weeks supporting the installment of 78 solar panels that have arrived in their village. When the solar network is installed, with the assistance of the government, local authorities and ACT-Suriname, connected households will pay a small fee from which the solar engineers will be paid as they provide ongoing maintenance.

With their expanded capacity, the women can contribute to the development of their communities, help pave the way for sustainable development of their nation, and serve as an example to the next generation. Inspirational stories like those of Anna and Ketoera must be told and shared to both build support and involvement and inspire other women to take action.

According to Cesar Falconi, Country Representative of Suriname at the Inter-American Development Bank, “these kind of initiatives are consistent and align with the cross-cutting areas of gender and inclusion of the Suriname Country Strategy. The Bank is collaborating with partners to promote these activities.”

Mirjam Gommers moved to Suriname from the Netherlands in 2012. Over the last five years she worked as a Communications Specialist for Conservation International Suriname and the Amazon Conservation Team Suriname to raise awareness of their programs and achievements. She studied Public Administration and has always been passionate about nature so the move to Suriname was a natural fit. During her earlier career in the leisure industry she developed her writing and communications expertise. Her extensive travels sparked a strong interest in environmental conservation and the role of governance in particular. As a freelance writer she contributes to newspapers and magazines in Suriname.