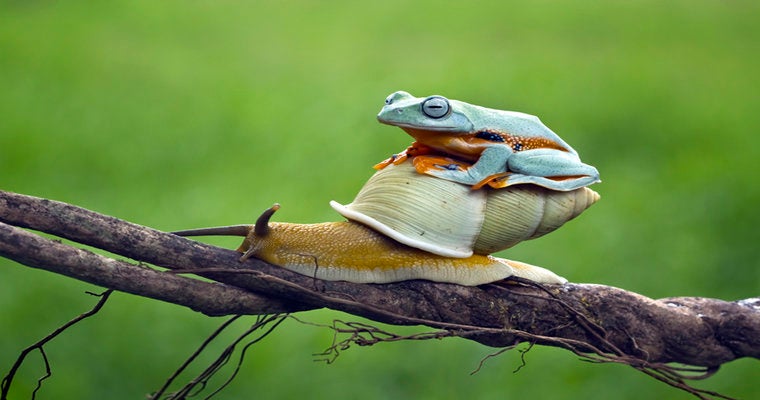 New infrastructure often requires space, and many development projects have to destroy or modify habitats in order to make that space. Even with the most careful planning, the reality is that trees may need to be bulldozed and wildlife may be killed. To avoid this, it is a common practice to move- or translocate- plants and animals out of harm’s way, and re-plant or release them into safe areas.

However, a new study by Germano et al (2015) suggests that mitigation-driven translocations can do more harm than good. The article is summarized here.

Translocation was initially developed as a tool for the field of conservation biology to help prevent the extinction of critically endangered species. Experts know that, while it is a difficult and expensive approach, it can be successful if a rigorous scientific approach is used.

The trouble is that translocations to move individuals out of harm’s way are not planned or carried out with the same rigor that has brought success to conservation. Release sites are chosen for convenience rather than suitability and, while it is routine to record how many individual plant or animals are translocated, a common assumption is that they will be fine after they are released and that no further monitoring is needed.

Imagine collecting a variety of species from the route of a new road and moving them to a new patch of similar forest that will not be impacted by the project. For example, we catch some snakes, and release them into the new patch of forest. The snakes are territorial, as many species are, and the forest is already full of snakes so the new arrivals have to compete for food and space. Will they survive?

We catch some frogs that carry a disease. Will they infect the frogs in the new forest?

We catch some large flightless beetles which are different genetically from beetles of the same species in the new forest. What will be the long-term consequences as the two populations interbreed?

We also translocate some plants. Will they survive where we chose to plant them? Do they need a certain type of soil, how much shade do they need, are there pollinators and seed dispersers in the new area? Or will they adapt so well to the new area that they start to spread and compete with other plants?

Nature is full of surprises; we know very little about species and even less about their interactions. The aim of translocation should be to ensure the survival of individuals in the release site, and not just to rescue them from the development site. Thus, if we cannot be confident about the survival and impact of translocated species at the release site, should we move them?

One suggestion to begin answering these questions is to follow a more systematic and scientific approach, using the guidelines developed by IUCN for conservation-translocations. These guidelines can help us decide when translocation might be a useful tool, how we can improve the success of translocation, and when it might make more sense to use other conservation measures.

This theme along with many others is also discussed in the new document Good Practices for Biodiversity Inclusive Impact Assessment produced for the Multilateral Financial Institutions Biodiversity Working Group.