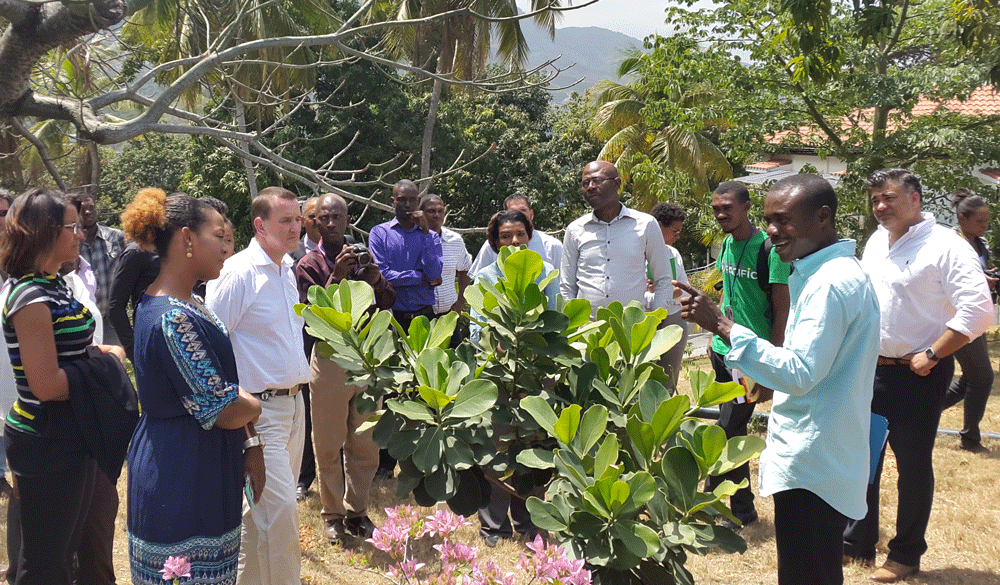 Native birds and butterflies were once abundant in Haiti. The time has come to bring these species back to new life, and showcase Haiti’s rich biodiversity. The Inter-American Development Bank, with the assistance of the Jardin Botanique de Cayes, has transformed the roughly 1,000 square meter grounds of its offices in Port au Prince, Haiti into a native plant garden.

Haiti’s rich natural heritage is under great strain from the pressures of development and the demands of a growing population.

Haiti’s forests and coral reefs are now being managed more sustainably through the National System of Protected Areas. As we look more closely, however, we are discovering species that are entirely new to science.

For example, Macaya National Park (Home to the very rare and uniquely Haitian Solenodon and Hutia), also supports a variety of amphibians that 10 years ago were not known to exist. Similarly, recent work supported by the IDB resulted in the discovery of a new fish species in Fort Liberte Bay, which is part of the Three Bays Protected Area.

Protecting the habitats for these species, and undoubtedly others yet to be discovered, is also good for Haitians and Haitian businesses that depend on a healthy environment and the availability of abundant clean water. Healthy natural environments also constitute the main attraction of Haiti’s fledgling ecotourism sector.

The IDB’s Native Plant Garden is an oasis for Haitian biodiversity and provides an example which it is hoped other institutions and organizations will replicate and expand – to create a corridor of native flora which will help sustain native fauna.

Native plants specific to dry or semi-arid ecosystems do not require much watering and are more resilient in general than exotic, imported species. To maintain the health of this new natural habitat, the Jardin Botanique de Cayes has also helped the IDB eliminate exotic invasive species such as nim (Azadirachta indica) and flamboyant (Delonix regia) which if left unchecked will “steal” the space needed by native plants and deprive Haitian species from the habitat they need to survive.

How are you celebrating International Day of Forests? Let us know in the comments!