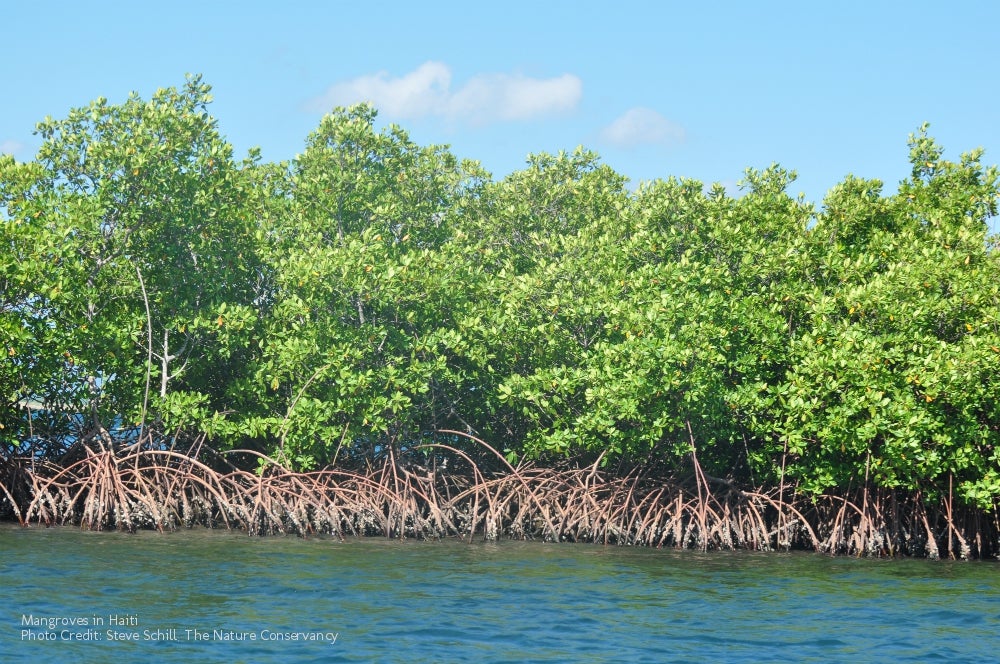 On October 18th and 19th 2016, Haiti reached a milestone in its evolution towards the sustainable management of its natural resources. The Inter-American Development Bank (IDB)-funded ecological baseline assessment for the Three Bays National Park – a 75,000 hectare coastal marine reserve on Haiti’s North coast, was presented to great acclaim and significant national media interest to local, regional and national authorities, fishers’ associations, community representatives, conservation NGOs, and others at the Universite d’Etat at Limonade.  At a second event in Port au Prince hosted by the Ministry of Environment, the Director General was joined by  the Ministries of Agriculture, Fisheries, Tourism, international donors and conservation NGOs who gathered to learn the results of this ground-breaking piece of work.

The Three Bays National Park contains a rich natural and cultural heritage and sustains the livelihoods of thousands of people in Haiti.

Over the course of two years, 16 scientists from the US, Spain, and Haiti carried out field research of terrestrial, freshwater and marine habitats to produce a database and analysis which provides the Haitian Protected Areas Authority (ANAP) with a solid foundation for management planning, for orienting sustainable economic development activities and for future research in the park and its watersheds.

The study – actually a series of reports – including a stakeholder analysis, a threats assessment, an ecological database, a species inventory and a biological monitoring plan was led by The Nature Conservancy (TNC) in collaboration with ANAP and the Université d’Etat at Limonade.

“This scientific rigor and the clarity of information is exactly what we need to enable us to make critical decisions regarding natural resource management in the region” said Ronald Toussaint, former Environment Minister in his comments following the presentation by Dr. Steve Schill, Chief Scientist for the Caribbean Region for TNC. He went on, – “this work gives us a model for future biodiversity baseline studies in Haiti’s marine protected areas.”

Among the highlights of the study is the discovery of a new species of fish for science – the Haitian Barred Hamlet, known to exist only in Fort Liberté Bay.

Other biodiversity highlights include the discovery of:

M. Dieudonné Gesner, Mayor of the Commune of Limonade (which includes about one third of the Park), gave a rousing speech welcoming the new study as something that can bring together all stakeholders around the common cause of achieving sustainable development opportunities for the area.

This work, financed through the environmental impact mitigation funding for the Caracol industrial park, is the key input into the Park’s management plan currently in preparation.

Further IDB investments in the coming months will develop an ecosystem-service-based economic development plan for the park and implement an environmental education and community engagement strategy, and develop and equip the first ranger stations.

This study represents a significant step in the development of natural resources at Three Bays National Park and will allow an economic development process that will improve the quality of life of local residents.