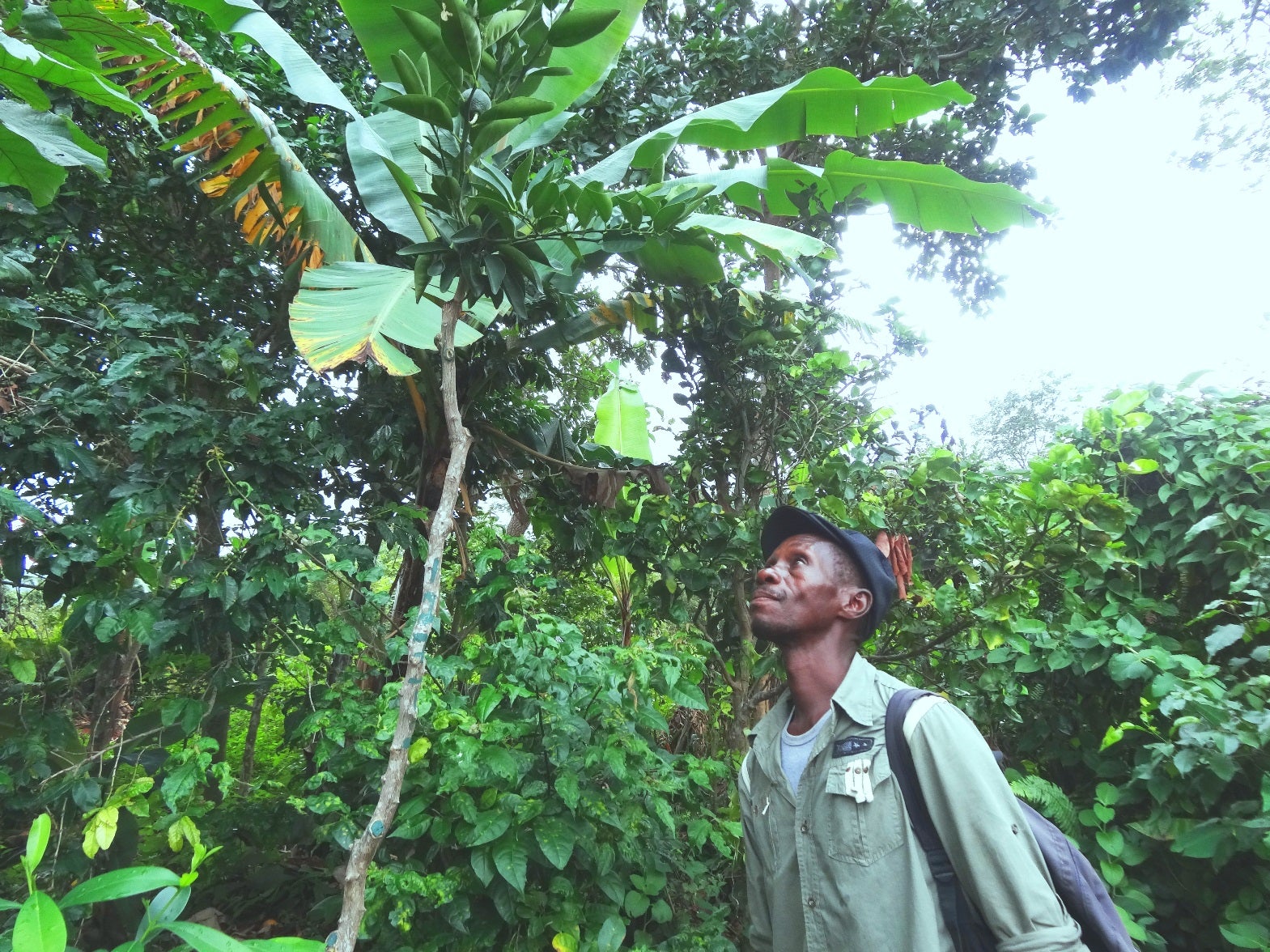 Land conversion of forests to agriculture and pastureland is a major threat to biodiversity in Latin America and the Caribbean. Deforestation and slash-and-burn practices also strip the soil of its nutrients and of its capability to retain water. This results in soil erosion and watershed degradation, which in turn ultimately puts agricultural productivity and ecological systems at risk. Yet in the struggle to find a way to maintain tree cover while also boosting food production, agroforestry emerges as a viable alternative to those practices.

Defined broadly, agroforestry is an agricultural system where various types of trees such as fruit, coffee, cocoa and forestry trees are grown in the same plots together with other crops and/or pasture. The benefits of agroforestry are multiple. Agroforestry helps farmers diversify their agricultural production and income sources, while also providing farmers with a sustainable source of wood for fuel and building material. With trees and woody shrubs integrated into agricultural landscapes, soil is enhanced and crop yields increase. In agroforestry systems, the trees’ residues are transferred to the soil through fallen fruit and leaves, essentially sharing tree nutrients with the crops. Trees’ roots are also able to pump up deep soil nutrients and provide habitat for nitrogen-fixing microorganisms, thus providing a type of natural fertilization. This leads to significant improvements in agricultural productivity.

Agroforestry also helps farmers diversify both their agricultural production and income sources. Some trees in agroforestry plots can indeed provide farmers with a sustainable source of wood for fuel and building material.

In addition to improving soil quality, agroforestry landscapes can strengthen ecosystem services such as wind shelter, biodiversity protection, carbon sequestration and flood control. The latter, for instance, is crucial in a country such as Haiti where landslides and flooding, often results of severe erosion, and periodically causing important economic losses and causalities.

Agroforestry has long been used in mountainous regions of Haiti.The Creole garden, or jaden lakou  in Haitian Creole, has been central to Haitian agriculture, providing farmers a source of income, food security, and wood. These multipurpose gardens were primarily based on coffee, banana, breadfruit and cocoa production, but fruit trees such as avocado and citrus were also planted. Woody trees such as cassia, Haitian catalpa, Australian pine tree, and cedar acted as a source of fuelwood and timber, while plants like the jatropha would in some cases function as fences.

Unfortunately, the prominence of the jaden lakou diminished as various factors (including the production of staple foods and short-term needs) placed pressure on these plots. Yet based on Haiti’s local experience with this traditional type of agriculture, the promotion of agroforestry as a sustainable land and forest management (SLFM) practice is a natural fit to address issues of land and water degradation. Over the past decade, the jaden lakou has slowly reemerged in the framework of rural development projects. A study estimated Haiti’s forest cover to be 32.4% in 2011 (using FAO’s forest cover classification reduced this number to about 29.4%). It also estimated that more than 75% of these spaces are constituted with tree species of practical use, put into place by farmers.

Yet the costs of implementing agroforestry systems, including the opportunity costs of planting less annual staple crops, are high. For instance, it costs approximately US$ 2,000 to pay for seedlings, soil preparation, seeds and phytosanitary treatments for a plot of one hectare. As a result, farmers are often unable to afford the adoption of agroforestry practices on their own. In this context, subsidies can help remove this liquidity constraint. Three projects in particular, the Sustainable Land Management of Upper Watersheds in Southwest Haiti Project, the Project of Technology Transfer to Small Farmers, and the Natural Disaster Mitigation Program, provide examples of how agroforestry systems have been financed and utilized in Haiti to protect ecosystem services as well as to provide a diverse source of income to farmers.

In Southwestern Haiti, the strengthening of agroforestry systems is being used to protect an upper watershed and all the ecosystem services associated with its existence. Macaya National Park serves as the headwaters for seven watersheds in the area. The area provides key ecosystem services that many families depend on, while also acting as a force against soil erosion and degradation. Macaya National Park, one of Haiti’s last primary forests that has been declared a National Bioreserve, is also home to the black capped petrel, a threatened Caribbean seabird, which has only three known breeding sites in the world.

The Sustainable Land Management of Upper Watersheds in Southwest Haiti Project, thus intends to contain the rapid environmental degradation of the upper part of the watersheds in the Macaya region. In order to achieve this objective, Macaya National Park has been declared a protected area where logging and agriculture are not permitted. Furthermore, agroforestry and other SLFM practices have been promoted in the Park’s buffer zone, as a way to reduce pressure on the Park’s natural resources, diversify income sources, and provide incentives for the development of other income-generating activities other than logging. Logging of pine trees is indeed a major threat to the Park, as it can generate three times the revenues derived from agriculture.

In various mountainous and semi-mountainous areas throughout southern and northern Haiti, the Ministry of Agriculture has also been promoting the adoption of agroforestry systems and sustainable land practices with the Natural Disaster Mitigation Program (PMDN) and the Project of Technology Transfer to Small Farmers (PTTA). As described above, smallholder farms in Haiti are often unable to adopt sustainable agricultural practices not only because of high initial costs but also because planting perennial crops such as coffee provide little short term benefits. As a result, farmers are left cultivating annual crops such as bean, corn, and peas, which, when cultivated on slopes, are a leading cause of erosion. Through the distribution of innovative smart subsidies, the Ministry of Agriculture’s objective has been to improve agricultural productivity and farmers’ incomes, while at the same time preserving the environment.

Although it is clear that the promotion of agroforestry has the potential to rehabilitate degraded soil, increase and diversify farmers’ incomes, as well as aid in reforestation efforts, further applied agricultural research is needed in order to not only improve both the resiliency and the profitability of such practices, but also to extend the list of agroforestry technology packages available so as to reflect the great diversity of agro-ecological environments existing in Haiti.Additional efforts should also be dedicated to the development of simple tools aiming at measuring the environmental externalities of agroforestry practices.