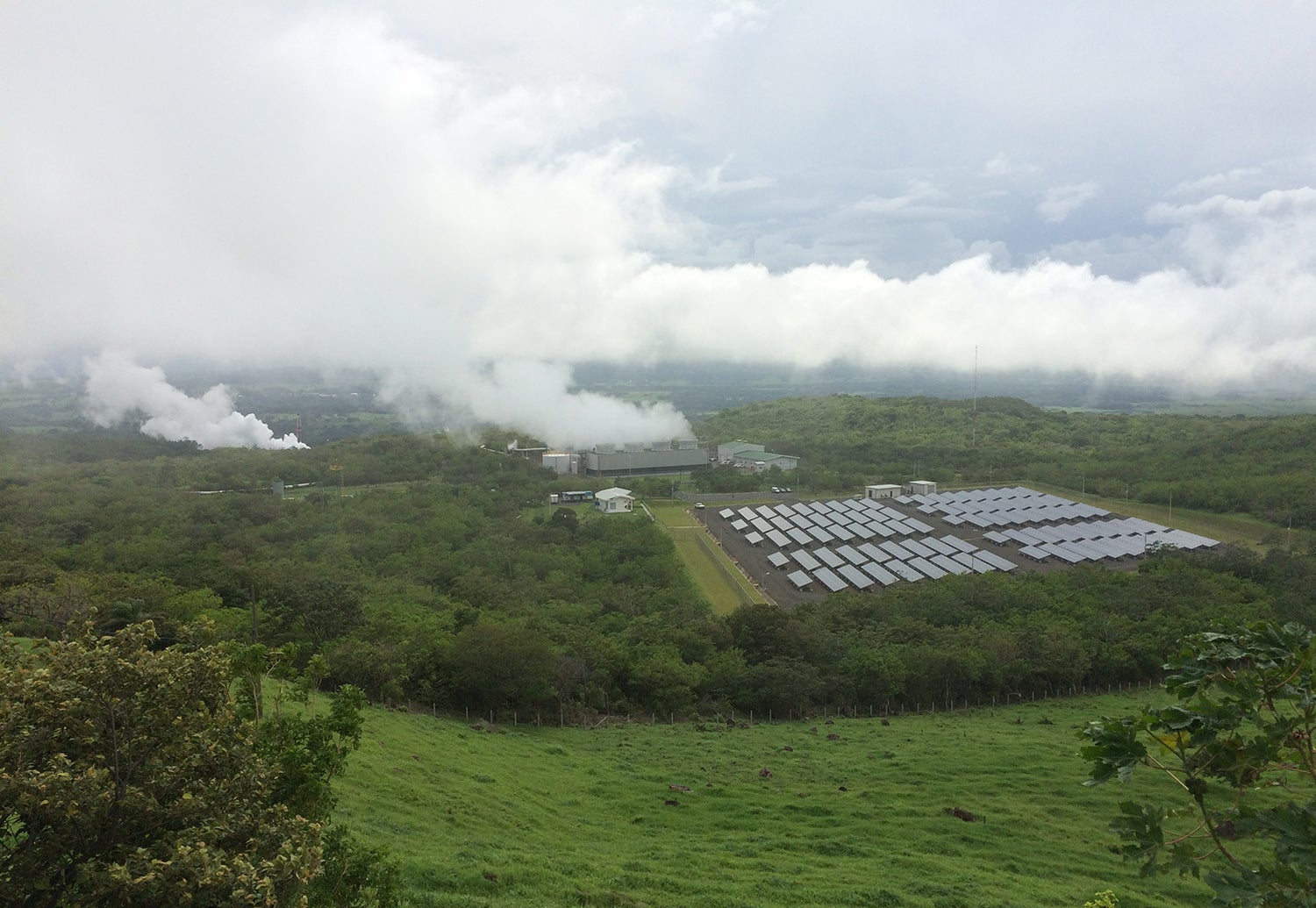 To make bug juice, use the following ingredients:

Blend vigorously. Place the resulting bug juice into a DNA sequencer, and press “go.” The results should show the degree of genetic differentiation among all of the insects captured.

I’m not making this up – this is a real scientific project led by biologist Dr. Dan Janzen, partially funded by the Japanese International Cooperation Agency (JICA). It might not taste too good, but, if successful, bug juice might illustrate just how biodiverse Costa Rica’s last remaining tropical dry forests really are, providing important data that could help craft conservation efforts.

While I’m excited to see the results of Dr. Janzen’s project, I’m also excited about another effort to protect Costa Rica’s tropical dry forests, one which some say is also a bit crazy: using geothermal energy for biodiversity conservation.

Costa Rica has a unique record in the global community: it boasts a 92 percent renewable national electric grid while 99.4 percent of its population enjoys access to electricity. Dependent on geothermal, hydropower, wind, and solar, Costa Rica continues to prove to countries in the region that low-cost, modern electricity services can be provided to consumers while avoiding greenhouse gas emissions that create climate change.

To keep Costa Rica’s grid renewable and to meet growing demand, investment in geothermal energy is on the rise. Yet the majority of Costa Rica´s geothermal resource is located in the volcanic highlands, which have been protected by a series of national conservation areas. This presents both a challenge and an opportunity: how to leverage geothermal energy to achieve biodiversity conservation.

In 2015, the IDB approved financing for Las Pailas II and Borinquen, two utility-scale geothermal projects located in northwest Costa Rica just outside of the Rincón de la Vieja National Park, a biodiverse UNESCO World Heritage Site protecting lands surrounding the nearby volcano of the same name. Tropical dry forest dominates the landscape in and around the park, playing host to howler monkeys, toucans, tapirs, frogs, and yes, millions of insects. Even the endangered jaguar has been spotted traversing the area.

Although they are located just outside the boundaries of the park, the geothermal projects risk causing habitat fragmentation and biodiversity loss inside of it, as the remaining dry forest both in and around the park is largely contiguous. The impacts and risks of geothermal plants and their associated infrastructure are small when compared to that of other, larger energy projects like dams, but if not mitigated properly, can still be irreversible.

The IDB is leveraging its investment in Las Pailas II and Borinquen to help efforts to conserve Rincón de la Vieja National Park. Through a partnership with the Ministerio de Medio Ambiente y Energía; the Área de Conservación Guanacaste, which manages the park; and the project developer Instituto Costarricense de Energía (ICE), the geothermal projects will create a biodiversity monitoring and adaptive management program, seeking to ensure a gain in forest cover and that no species or habitat is adversely affected in areas surrounding the park.

ICE has already taken good steps to reducing the impacts and risks of its geothermal projects on dry forest. They’ve sited most of the wells on lands that have already been degraded by agriculture and are accessible via existing roads, while opting to employ directional drilling in order to minimize the number of wells needed to access the resource.

It’s a different approach to conservation than blended bug juice; in essence, rather than liquefying species in order to find out how biodiverse the area is, we’re using investments in energy infrastructure to help conserve the biodiversity that we already know exists. In so doing, we conserve all those other species we haven’t yet managed to identify.

Hopefully, the partnership will extend throughout the useful life of Las Pailas II and Borinquen to form a lasting collaboration between ICE and the ACG at Rincón de la Vieja. Hopefully, when all is said and done, we’ll all be toasting to the protection of Costa Rica’s dry forest and the species that live there over a tall, cold glass of refreshing bug juice.

Zachary D. Hurwitz is a Group Head and Senior Environmental Specialist in the Environmental and Social Solutions Unit of the Inter-American Development Bank based in Washington, D.C. He has worked in a wide variety of sectors both public and private including energy and extractives, transport, water and sanitation, housing and urban development, natural resources, and healthcare, among others. Zachary previously coordinated the IDB’s Regional Safeguards HUB based in Buenos Aires, Argentina. He has a Master's Degree in Geography and the Environment from the University of Texas at Austin and a Bachelor's Degree in Sociology from Wesleyan University, and speaks English, Spanish, and Portuguese.