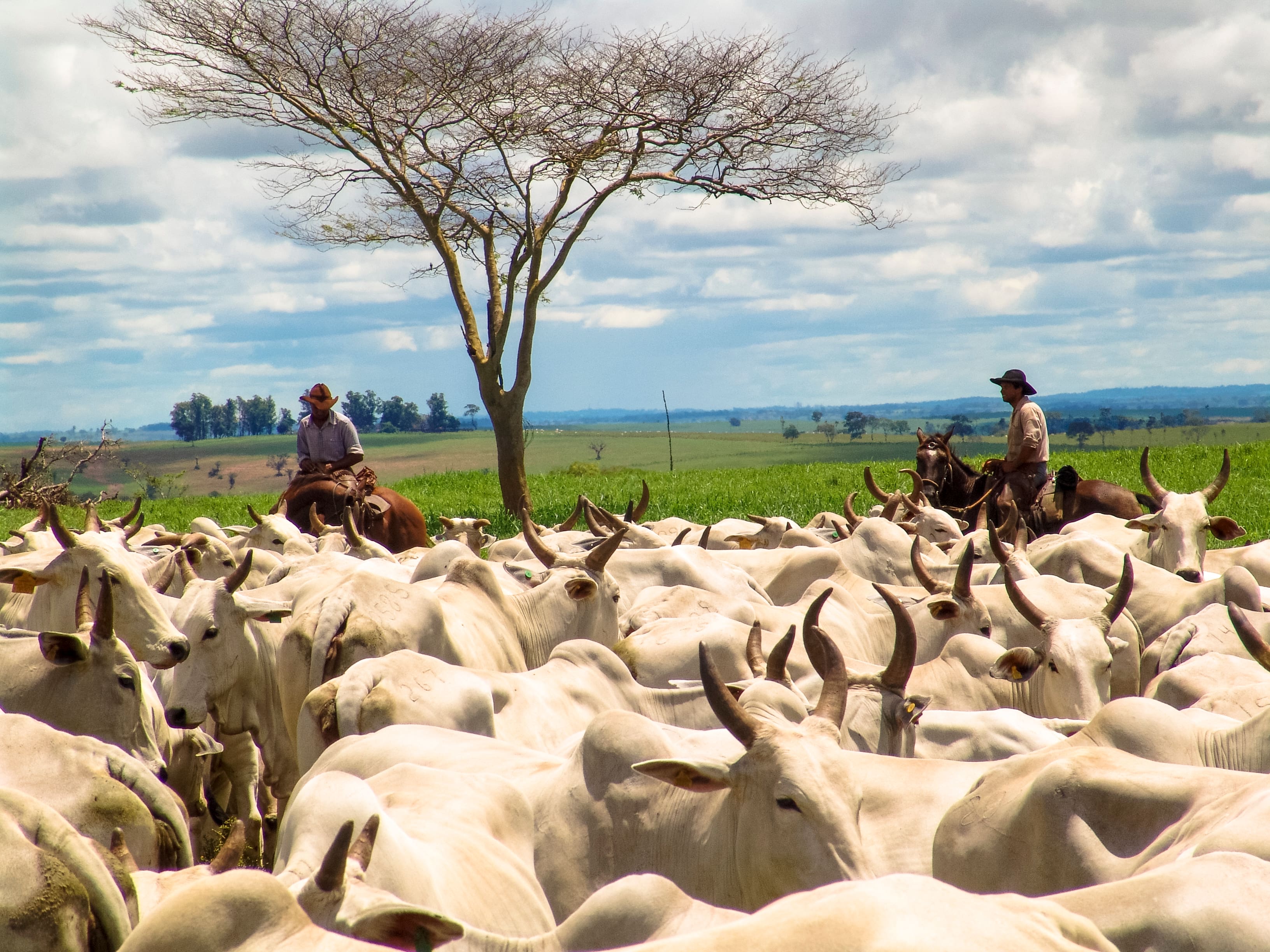 Emerging countries show an important role in the expansion of beef production. Between 2000-2007, the share of beef production in emerging economies increased by 7.9%, led by India (4.0%), Latin America (2.9%) and China (1.8%). This increase occurs in a context where consumption has been growing, a trend that is expected to continue in the coming years. However, much has been written regarding the impact of the beef industry on the environment, particularly about its negative effect on greenhouse gas emissions (GHG).

Adjusted figures from FAO estimate that emissions from cattle (direct and indirect) equal 14% of total emissions. This includes direct emissions (enteric fermentation and manure) and also indirect emissions, that is, those related to animal food, use of herbicides and pesticides and fertilizers, also crop emissions and transporting the meat and its processing, the use of freezers, and the process of buying and selling meat. The Intergovernmental Panel on Climate Change (IPCC), dependent on the United Nations (UN), estimates direct emissions from livestock in 2.3 gigatons of CO2 equivalent (5% of global emissions), meanwhile transportation generates 6.9 gigatons of CO2 equivalent (14% of global emissions).

The 2017 report of the US Environmental Protection Agency (EPA) shows the agricultural sector as responsible for 9% of direct and indirect GHG emissions, with livestock being responsible for 44% of those emissions from the sector. Global methane emissions began to increase in 2006, although not because of livestock since its numbers remained relatively constant (93.6 million in the 2017 census against 95.5 million in 2002). Also, the fact that production (meat and milk) has grown significantly in the last 15 to 20 years, suggests that the livestock industry has managed to reduce its negative environmental impact through productivity (less GHG per product unit).

With the aim of improving productivity and its positive effect on the environment, the Inter-American Development Bank (IDB) and the International Food and Policy Research Institute (IFPRI), performed a study to assess productivity, technical and environmental efficiency of pastoral livestock in some Latin American countries. The selected countries were Bolivia, Colombia, Paraguay and Uruguay, this was done to involve livestock productions with different levels of development. The assessment included the production of meat and milk, and in the case of Uruguay, wool and sheep meat were also considered due to their importance in the local livestock sector.

The results showed improvements in TFP for all countries as a result of technological change and not because of technical efficiency, the study also found decreases in different intensities of GHG emissions per ton of equivalent produced meat. The graph reflects an index that takes as the base year 2005 and considers the evolution of methane (CH4) emissions equivalent to the gases emitted by enteric fermentation, manure, urine and the loss of carbon stock as a result of deforestation. The decreases in the intensity of emissions (ton of CH4 / ton of equivalent meat) of Colombia and Paraguay are very significant, decreasing in 10 years to practically half. Bolivia shows minor decreases that end with 10% in the analyzed period; whereas for Uruguay it remains practically constant. In the case of Uruguay, improvements in productivity were achieved prior to 2005 as seen when analyzing the period from 1995 to 2005, when the intensity of emissions had decreases by 30%. In addition, Uruguay is the country with the lowest levels of GHG per ton of meat in absolute terms, because there has been no expansion of the agricultural frontier as it has happened in the other countries.

Does livestock farming pollute? Yes, there is no doubt, it emits GHG like so many other sectors of the economy. The good news is that the sector presents opportunities to mitigate the potential damage to the environment by increasing productivity. Also, several studies show that changing the diet of livestock and even using genotypes of adapted animals, emissions would be reduced considerably. On the other hand, we must not forget the beneficial effects of livestock farming: a) in food security by being an important source of protein and micronutrients; b) as a source of income for 1000 million people, and c) for converting forages, crop residues and agricultural products into meat and milk because of the ruminant nature of livestock.