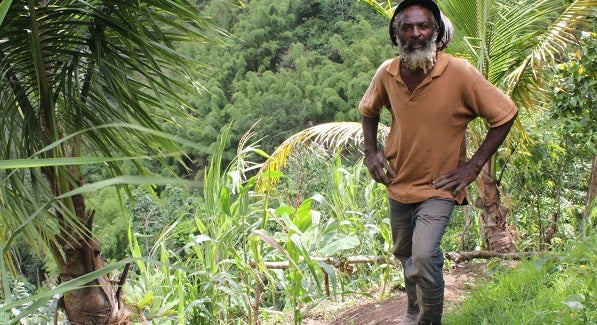 Climate change is a key driver of agricultural productivity and growth, and its importance will increase in the coming years and decades. In Latin America and the Caribbean, climate variability, higher temperatures and alterations in precipitation will directly affect harvest yields and rural communities’ living conditions. By 2020, yield losses of 21% to 34% have been estimated for maize production in Honduras, Guatemala and Panama, and of more than 50% in oilseed crops in Brazil, Colombia, Central America, and the Caribbean.

Agriculture is responsible for up to 30% of total greenhouse gas emissions (GHG), which cause climate change. These estimates include the emissions linked to crop and livestock production, forestry activities, and changes in land use. At the same time, the agricultural sector can also serve as a carbon sink, preventing it from being released into the atmosphere.

Agricultural policies influence agricultural production through several measures (trade measures, input subsidies, infrastructure, innovation and research investments, just to mention a few), and, therefore, they also affect the sector GHG emissions. To help measuring the relationship between agricultural policies and GHG emissions, the Agrimonitor initiative of the IDB conducted a case study in Jamaica, in collaboration with the Ministry of Industry, Commerce, Agriculture and Fisheries. Its aim was to determine the contribution of specific Jamaican products -and the support they receive through public policies- to GHG emissions.

In the case of Jamaica, the findings show that products that account for most of the agricultural value of production are those that cause the greatest emissions of GHG. For example, the poultry sector in Jamaica is responsible for 39% of agricultural GHG emissions, whereas the beef sector is responsible for another 10%. Other products associated with significant emissions are sugar and bananas (20% and 6%, respectively), although they also capture some carbon.

The real value of the study, though, lies in measuring how agricultural policies can also influence the sector’s GHG emissions. Combining incentives through agricultural policies and GHG emissions requires a “common unit” of measurement: the monetary value of GHG emissions and the monetary value of the agricultural support policies. This way, the value of production net of the carbon emission costs and policy support can be estimated, which means considering the value of production net of the transfers it is receiving from the rest of society and its negative effects on the environment.

Once this is considered, results show that poultry sector’s dominance in Jamaican agriculture is in part due to high import tariffs; and determines the emission of considerable amounts of GHG. When these factors are considered, poultry’s share in the net value of production drops from 26.4 to only 8.1 percent, while sugar’s share falls from 8.2 to 4.1 percent. On the other hand, sweet potatoes and yams’ contribution to net value of production increases significantly, from 3.7 to 7.5 percent, and from 12.1 to 16.4 percent, respectively. This suggests that support to poultry and sugar producers comes from consumers, but also determines a significant cost for the environment, which is not entirely consistent with the commitment to reduce GHG emissions under the Paris Agreement on Climate Change.

Of course, when deciding about agricultural policies, governments need to balance their objectives in terms of agricultural productivity, food security, consumer welfare, rural employment and, also, environmental sustainability. There are clearly no silver bullets to achieve all goals at the same time, but the analysis conducted in Jamaica provides an additional tool for policy decision making.

Finally, it is worth mentioning that, although Jamaica is responsible for only a tiny fraction of emissions worldwide – compared to countries like China, the USA, the European Union, India, Brazil, or Mexico – the analysis of the Jamaican case serves as an example of what could be done in countries that contribute much more to global emissions, and whose policy reforms could have a much more important global impact. This year, for example, a similar study on Brazil will be published. So, stay tuned.

[1] Net value of production refers to the agricultural production net of public transfers and GHG emissions.

Learn more about the subject here:

Analysis of Agricultural Policies in Jamaica