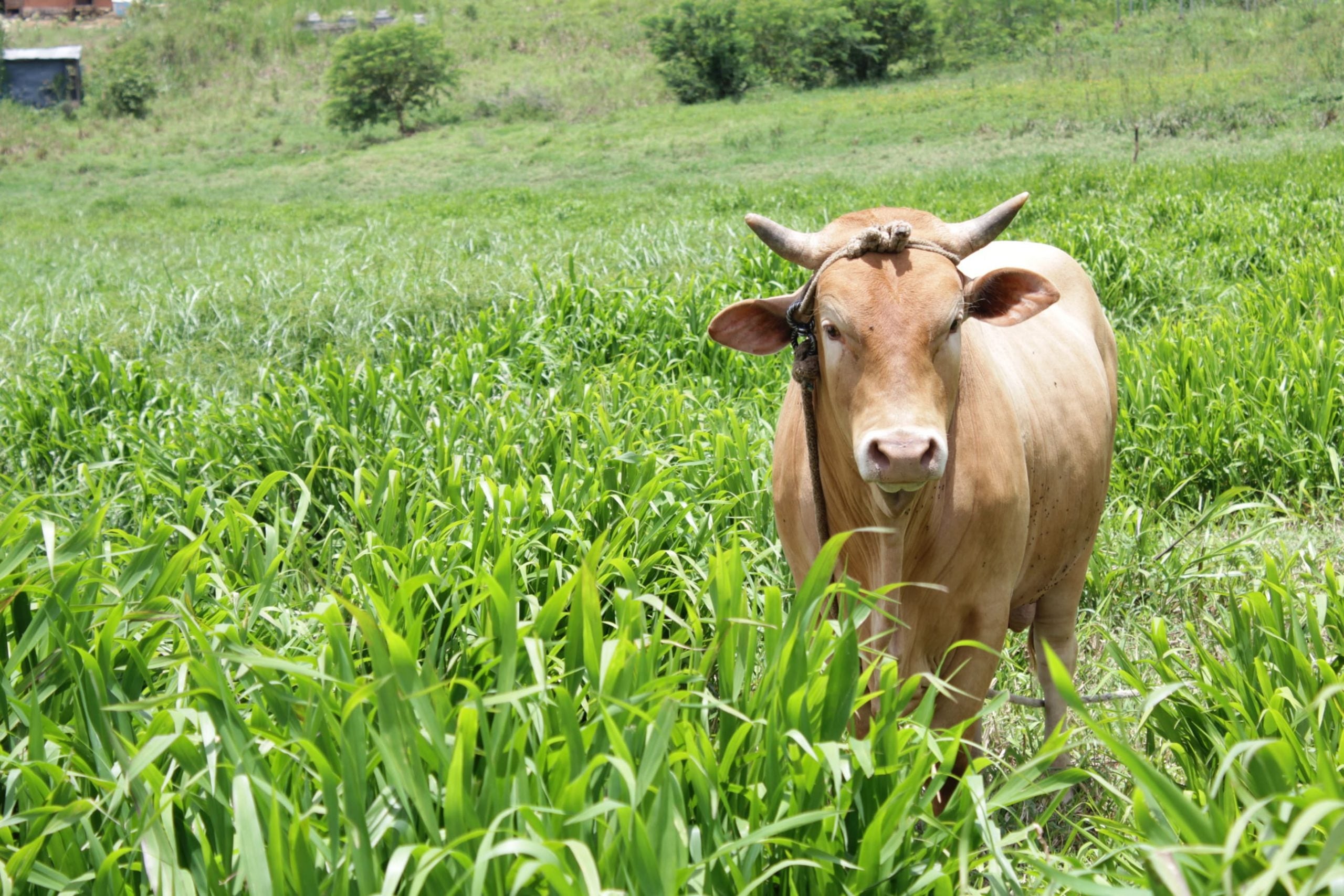 Exports of Uruguayan beef to Japan  resumed in February 2019 for the first time in about 20 years. As of March 2021, Uruguayan beef has also been added to the menu at one of Japan’s most prominent BBQ restaurants named ‘Gyu…’, and another famous steakhouse chain established in 1983 named ‘Bro…’. Uruguayan beef has become so popular in some restaurants that the supply is not sufficient and is often sold out.

Surprisingly, the price of Uruguayan beef in Japan has  gradually increased because its global trading price is on the rise. According to the data portal Index Mundi, Uruguayan beef price has been hovering around 120 pesos per kilogram (about US$2.7) until November 2018, rising to an average of 160 pesos (US$3.6) in 2019 and 190 pesos (US$4.3) in 2020. International beef trading is not my area of expertise, so I will refrain from analyzing the reasons behind the price increase. However, according to local media reports, one reason  is the drought, which I cannot overlook.

The livestock industry in Uruguay spreads across 80% of the country’s territory. But this high exposure also makes this industry sensitive to drought. According to the July-September 2020 Standardized Precipitation Index (SPI) for Uruguay, six out of 13 total monitoring stations in the country are classified as being in a one-in-ten-year drought intensity conditions. This data confirms that the drought in Uruguay is a key factor affecting the international trading price of Uruguayan beef. Information about SPI is available on the SISSA website of the Regional Climate Center for Southern South America (CRC-SAS). The Inter-American Development Bank’s (IDB) Regional Public Goods project (RG-T3308) supports the development of this system.

Drought has a cascading effect on beef production. Severe droughts reduce feed production and quality, which in turn affects animal production/reproduction. This, in turn, adversely affects fertility rates, birth weight, animal growth rates, and body size. In other words, once a drought occurs, it takes a long time for livestock production to recover from it. This is a characteristic of so-called slow-onset hazard impacts, different from rapid-onset hazards such as earthquakes and hurricanes. In a country like Uruguay, where the agricultural and livestock industry accounts for 23% of GDP, slow-onset hazard’s impact is significant. Although drought is the main topic here, Uruguay is also at high risk of flooding, so both rapid-onset and slow-onset disaster risk reduction measures are needed.

The IDB has recently released a research report on  Uruguay´s disaster risk profile due to potential drought and flood. According to the report, if Uruguay were to be hit by a once-in-100-year intensity drought, the probable economic damage from reduced livestock production is estimated to be about US$800 million. The report also found that the average annual livestock production loss caused by drought is currently around US$50M/year. This amount will increase by 3% by 2030 if  climate change risk is materialized.

The example of how Uruguayan beef has become a sought-after delicacy in Japan shows that drought´s  impact on livestock production is transferred to traders and consumers. In other words,  climate change is a “lose-lose” game, in which both producers and consumers pay.

What should be done to reduce drought risk induced by climate change? One strategy is developing and using tools for monitoring and predicting the intensity and duration of  drought events. The SISSA platform currently provides near-real-time drought monitoring. Additionally, SISSA will provide drought predictions for a few months soon.

Let´s suppose early drought predictions are provided to the livestock producers correctly, and various proactive actions, including feed management and feed rate adjustments, are effectively implemented. In that case, it is possible to build a more resilient livestock production system to drought risk.

Of course, it is essential not only to provide drought early warning information unilaterally but also to train the producers (in the case of Uruguay, this includes small farmers) on how best to use the information. It is also necessary to clarify the framework of support at the national and local levels so that proactive measures can be practically taken to form and strengthen the organization of producers, to provide access to financial resources for taking measures when necessary, and to develop policies and action plans that comprehensively systematize these measures. The SISSA project team is also working on supporting the provision of these comprehensive services.