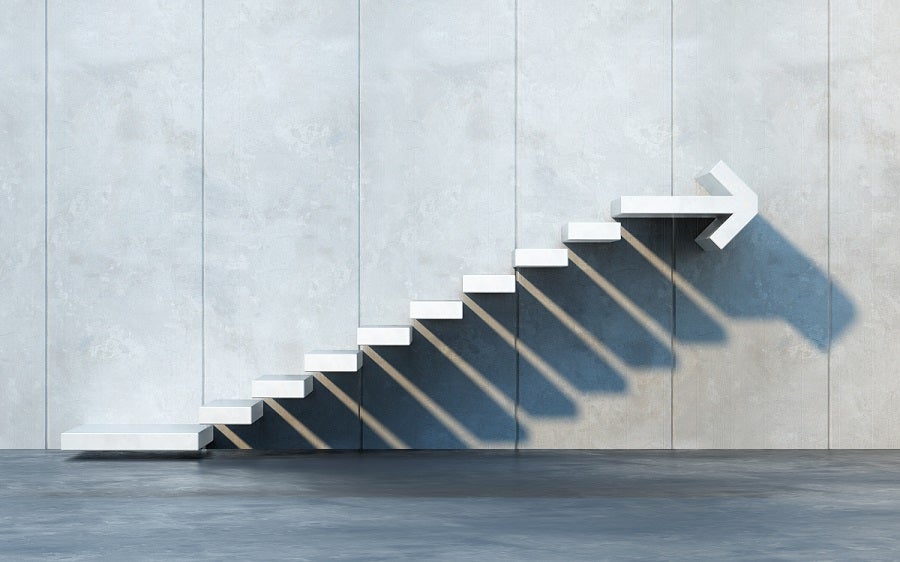 As is described in detail in the half-yearly update to Trade Trend Estimates — Latin America and the Caribbean, the region’s exports grew at a year-on-year rate of 10.6 percent in the first quarter of 2018. This represents a downturn in comparison with the average growth of 11.9 percent of 2017, which marked the end of four continuous years of contraction.

Growth in Latin American exports not only became less intense but was also weaker than that of global trade, which is estimated to have grown 16 percent year-on-year in the first few months of the year. In addition, the slowdown in external sales from Latin America and the Caribbean contrasts with the dynamics of global trade flows, which accelerated significantly at the start of 2018 in comparison with the previous year. 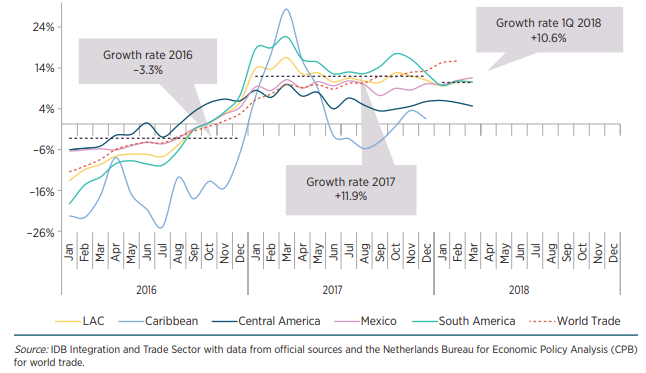 The region’s trade performance is largely a response to the behavior of the prices of the commodities that make up its export basket. Prices recovered during 2017 and in early 2018, but this process has lost momentum and has even reversed in some cases. The exceptions were the petroleum and copper markets, which experienced an upward trend that was underpinned by specific factors.

“After the long trade contraction that the region has experienced in recent years, it comes as good news that attempts are still being made to expand export volumes.”

Within this context of shifting prices, exports volumes are continuing to grow at a year-on-year rate of around 4 percent, which is on par with 2017, driven mainly by sales from Brazil and Mexico. However, the aggregate trends for real flows conceal the presence of some risk factors. The most noteworthy of these include the fact that growth is concentrated in just a handful of economies, the significance of certain exceptional transactions and the downturn in growth in some of the region’s largest countries.

Growth in Latin America’s export volumes remains below the global average, meaning that the region is relatively isolated from the more dynamic poles of global trade for the moment.

In terms of destination markets, demand from the United States, the region’s main trade partner, slowed somewhat between 2017 and the start of 2018. Even so, the US economy accounts for almost one-third of the total growth in exports from Latin America and the Caribbean. China, which was the most dynamic destination market for external sales in 2017, halved the growth rate of its imports from the region in the early months of 2018. In contrast, growth in exports to the European Union accelerated, as did those to within the region, although to a lesser degree.

South America, which saw its exports grow by an average 14.9 percent in 2017, increased sales by 10.4 percent year-on-year in the first quarter of 2018. This significant tempering of growth has come at a time when exports are still 25 percent below the historical high of 2011.

In Mesoamerica, exports grew by 10.8 percent year-on-year in the first quarter of 2018 due to an 11.5 percent increase in exports from Mexico and a 4.8 percent increase in those from Central America. These changes reflect an improvement in Mexico’s external sales in comparison with the 2017 average (9.5 percent) and a slowdown in Central America’s (5.8 percent). All the same, exports from the sub-region as a whole are at one of their historical highs.

The Caribbean saw an estimated increase of 5.3 percent in exports in 2017. The behavior of external sales from the Caribbean was more volatile than that of other subregions, combining year-on-year rates that were far above the average for the first part of 2017 with contractions in the second half of the year. Although no data is available yet for 2018, the pattern of volatility observed in recent quarters is likely to continue.

“The region needs to promote diversification and deeper regional integration to safeguard itself against the volatility of commodity markets.”

In conclusion, although exports from Latin America and the Caribbean continue to grow, the downturn in much of the region is taking place against a backdrop of increasing external risks. The intensification of some sources of instability that were already present in the global context may thus contribute to worsening the region’s export performance in the coming quarters.

On the one hand, the weakening of exports from South America has gone together with downward pressure on the prices of various commodities, which had not yet returned to the levels they were at before the collapse of 2014. On the other hand, improvements to the performance of external sales from Mesoamerica is mainly explained by variations in exports from Mexico to the United States in a context of uncertainty regarding the potential impact that changes to US trade policy may have.

Finally, the increase in demand from the European Union shows signs of fragility due to a shakier outlook for economic growth. Likewise, growth in intraregional trade flows is contingent on the region staying on a path of economic expansion in a year with a packed electoral calendar.