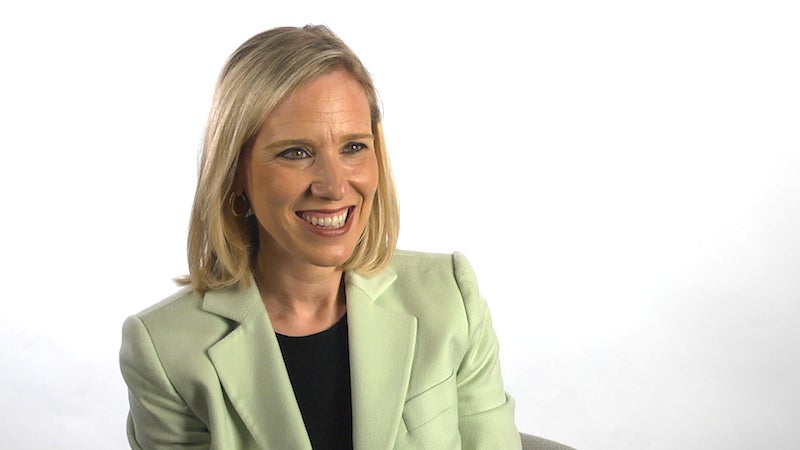 Did you know that women are less connected than men to Internet and social media? Or that they are less savvy Internet users?

Recently I had the opportunity to sit down with Marne Levine, Vice President of Global Public Policy at Facebook, to discuss the social and economic implications of this gender digital gap, especially for women in developing countries. The attached video reproduces highlights of our conversation; this blog also provides a lengthier transcript of our interview:

Marne, do women have unequal access to Internet and social media around the globe?

There are two kinds of gender digital gaps: First, there is a gap between men and women in terms of access to the Internet. I have seen studies that say that there are 200 million fewer women online globally. And in the developing world, 25% fewer women and girls are online than men and boys. Researchers say that, without intervention, those 200 million women may jump to 350 million.

This is a huge problem, especially in developing countries. In Sub-Saharan Africa, there are only 6 women for every 10 men online. In India, which is quickly becoming the second largest Internet market in the world, only a third of people online are women. In Latin America and the Caribbean, the discrepancy between men and women who are online is only about 10%, and the numbers are moving in a positive direction. But there is still more work to be done in order to enable access to the two thirds of the world’s population that are still not online.

Second, there is also a gap in terms of Internet use. Even in those countries where women can access the Internet in equal numbers as men, they simply aren’t. A recent report by the Economic Commission for Latin America and the Caribbean showed that this type of digital divide disproportionately affects women in developing countries. There is still a skills gap and a lower comfort level, and this is where our area of focus ought to be.

What are the implications of this gap for women in the developing world, especially for Latin American women?

As Chilean President Michelle Bachelet said when she was the Executive Director of UN Women, addressing women and girls is key to meeting the challenges of development, and sustainable development means women’s rights, equal opportunities and women’s full participation. Connectivity can deliver enormous economic, social and political benefits that can actually transform countries. In 2013, the ITU’s Broadband Commission released a study that said that, if 600 million more women were to come online in the next three years, it could add between 13 to 18 billion dollars to the world’s GDP.

Giving women this kind of connectivity can really accelerate a virtuous cycle that can help lift women out of poverty. When women use the Internet to start a business, it can mean that they are on a path to financial stability. When they have access to the Internet, they will educate themselves and they will educate their children. And when women have access to the Internet and to social media, they can participate in governance and focus on changing the culture, innovation and shaping the future. So it’s really important that we focus on bringing women online and helping them use the tools that men have been using for some time now.

First, we are focused on bringing the next 5 billion people online through an initiative called Internet.org. And we are doing that by trying to make access more affordable, creating data efficiency, and helping create new business models that will benefit men and women.

Second, we have launched small business initiatives across Latin America to help women and men use our platform and social media to connect to new markets and grow their small businesses. And we are seeing a lot of really positive stories emerging, like a woman from Sao Paulo, Brazil, with a custom banner business that was looking for a way to leverage the expensive printing equipment that she had already made an investment in. She decided to create custom party favors and created a Facebook page. Within two years, her business had grown so much that she hired 9 employees and had roughly 500 standing customers.

We have a great situation at Facebook, because Sheryl Sandberg, our Chief Operating Officer, is not only a very strong role model at Facebook, but also a leading thinker on women’s empowerment and gender equality. And she, along with Mark Zuckerberg, has done a lot to really think about how to create a culture that empowers women.

For example, we are encouraged to give each other real-time authentic feedback, and to hold each other to a higher standard, so that we can be more effective in the workplace. And so after a meeting is done, a colleague may come up to me and say: “You know, it would have been better if you would have sat in closer at the table and made your point this way instead of the way that you made it”. That helps me as a woman to be stronger, more effective, and to really speak up in meetings.

We also have groups of women to share advice, support each other, and motivate each other. It may be coaching you on how to ask for a raise, or maybe even in terms of helping you identify when there is gender discrimination and how to face it. It can be big things like our Women’s Conference, or small things like having dinner with no real agenda, just to talk about how things are going. And that goes a long way to creating a culture that can be supportive and empowering of women.