Suffragette, with Meryl Streep, arrived to the theaters this fall transporting us to a dark state of existence in the 1910’s England. Women, particularly working class women, worked in near slavery conditions, facing sexual abuse and lower status work and pay compared to men. Questioning their exclusion from voting and their working conditions, they were beaten at peaceful protests, thrown in prison, abandoned and estranged by their families and neighbors.

We certainly have come a long way since then. However, we started this journey less than 100 years ago and the new battlefield of ensuring women are treated as fully human includes both external violence and internali(zed) violence.

A lot has been written about the external violence, also in this blog. Within the 16 days of Activism against Gender-Based Violence, I want to mention three forms of invisible, often silent violence that are harder to identify but just as toxic.

1. Discouraging girls and women from using voice and power
When the suffragettes used their voices to express their opinions and rights, they were at best tolerated, frequently ignored or at worst targets of state and domestic violence. Today the punishment of women for their use of voice and power remains one of the most pernicious and invisible forms of exclusion.

In contrast to feedback given to men for their assertiveness, words like bossy, abrasive, and aggressive are used in response to women’s assertiveness and leadership; and emotional and irrational in response to women who express different views or opinions. A review of performance evaluations of women and men from various companies and industries showed that both men and women received criticism, but men’s was constructive and focused on future growth, whereas women’s was negative and personal: “You can come across as abrasive sometimes… you need to pay attention to your tone.” None of the men’s reviews referenced personality, except to encourage them to be even more aggressive. These biases could explain a large part of the gender gap in career advancement.

2. Negative messages about their leadership and technical skills
In a recent study following girls and boys from a young age into adulthood, tests taken in math and science at an early age and graded by teachers without knowing the gender of the student showed girls performed slightly better. However, the study found an unconscious bias of teachers (even female teachers) in the classroom, where gender is clearly visible, who expressed more negative feedback about the capabilities of young girls. Later in life, girls were significantly more likely to drop out of the math and science classes, and in adulthood, to abandon Science Technology Engineering Math (STEM) professions. In other words, the internalization of discrimination negatively affects girls’ and women’s life trajectory.

3. Criticism of speech patterns and vocal tone of women
Linguistic studies offer evidence that discrete speech patterns and vocal tones that are used by both men and women to achieve interpersonal connection or authority are criticized in women, but not in men. Since women have entered the workforce, they have received significant negative feedback about their voice -too high pitch, too low pitch, alleged lack of authority or tentativeness which actually reflects collaboration rather than domination over others. To simply tell girls and women to speak more assertively or with a different voice is to treat them as flawed or deficient when they are neither. A more fair solution would be to separate the content of the message from the style of delivery. In short, let’s decide that women’s voices are worthy of listening to, period.

My best strategy? As a daily practice, we can free ourselves of these obstacles through dogged insistence to call out these false messages for what they are, to help others around us do the same, and enthusiastically reaffirm the skills and worth of human beings who hear them. What about yours? 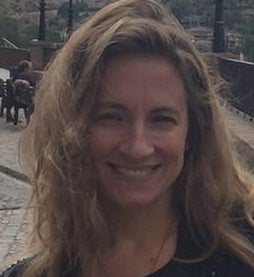 *Heidi Fishpaw is an applied sociocultural anthropologist focusing in the region of Latin America. She specializes in health disparities, gender and social inequality which she explored at University of Maryland and American University (US). She is presently on assignment as a junior social safeguards specialist at the IDB.