Nov-25. International Day for the Elimination of Violence against Women.

“You are useless and stupid; you never do anything right.” “If you leave the house again without my permission, you will really be sorry”. Violence against women starts with words. And while words do not produce the same kinds of visible marks as physical violence, their effects can be just as damaging. Women who suffer from chronic verbal or emotional abuse have very low self-esteem, and are at greater risk of becoming depressed, anxious and even suicidal. Emotional abuse has also been found to remove social support and increase women impoverishment.

Emotional abuse is the most pervasive form of violence. For example, in Peru 69.4% of women who had ever been married or in union reported emotional abuse by a partner in 2014, compared to 32.3% who reported physical violence.

What form does emotional abuse take? It includes insults, humiliation, threats of harm or abandonment, and threats of removal of children or withdrawal of economic support.  It is frequently accompanied by controlling behaviors like preventing a woman from seeing friends and family, preventing a woman from working outside the home, getting jealous or suspecting infidelity.

And what about at work? Women experience harassment, insults, sexist remarks, and threats of withholding pay, benefits or promotions, to name a few. Verbal or emotion abuse against women on the job, especially when it is perpetrated by superiors, is a powerful means of maintaining gender disparities in the workplace.

This type of violence, in effect, constitutes the broad base of the proverbial iceberg. In fact, Amnesty International published the Iceberg of Gender Violence a couple of years ago to clearly illustrate the expanse of violence hidden below the surface.  So we cannot dismiss the power of words, and continue to brush off verbal abuse as less important because it didn’t (yet) get physical.

So, what can we do to stop emotional abuse?

First recognize that change begins with you… and with each and every one of us. Then,

On this International Day for the Elimination of Violence against Women, let’s reflect on how to affect change. Let’s work together to transform our words into instruments of peaceful coexistence and equality in all spheres of our lives. 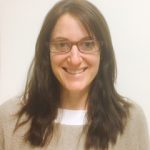 *Guest blogger: Denisse Wolfenzon is consultant at the Institutional Capacity of the State Division at the IDB, supporting the integration of the perspective of violence against women. Prior to this, she worked in the Governance Global Practice at the World Bank on accountability and fiscal transparency in Latin American. She has a bachelor degree in Economics from Universidad de Lima (Peru) and a Master’s Degree in International Relations with a concentration in Political and Economic Development from Columbia University (USA).