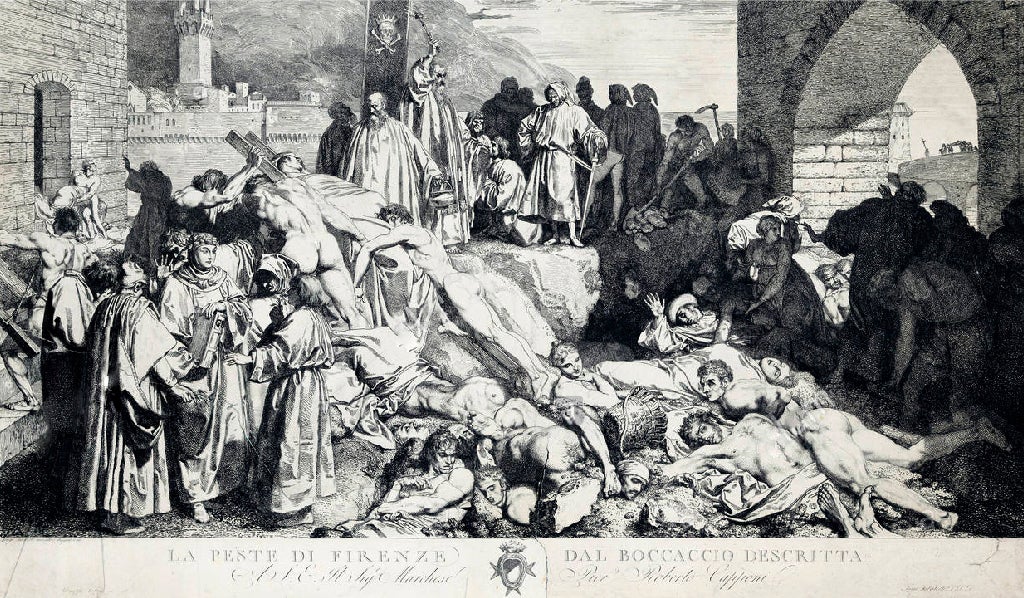 Looking for stuff to do during the quarantine, I played the Decameron audiobook, remembering that it was about the Black Death. I thought I could find something on how people with disabilities were dealt with during the XIV century. I found it fascinating. It´s as if not a day had gone by since that March in 1348. Like today, the leading actor in the Western World was Italy, and it was also rumored that the virus was some kind of curse that came from “the East”:

Just like today, back then it wasn’t clear how to fight the virus, and within the chaos desperate policies were put in place, social distancing was encouraged, and the many insufficiencies of the health system were revealed.

This text could have been written at the beginning of this Spring, and it would have been equally precise and relevant. However, I couldn’t find much about people with disabilities during that time, except that the plague itself was disabling. By contrast, in today’s crisis the topic is very much present.

What are the risks?

Something has been seen all around the world: People with disabilities have a higher risk of mortality, morbidity and poverty as a consequence of COVID-19. Although not necessarily suffering from health problems, people with disabilities do tend to have higher health needs and are older. Two phenomena that translate into more health complications.

Second, Information is not always accessible, affecting the decision-making process of people with disabilities. In Wuhan, for instance, no information on the quarantine was transmitted with sign language interpretation. As a result, many Deaf people went out the next day to continue about their lives as usual. Few global leaders are including sign language interpretation when they address the public, although regional leaders seem to be one step ahead. The mayor of Bogota, for example, has been moving around with a personal sign language interpreter, present even when she addresses the public from her couch at home.

Additionally, measures of forced isolation defy the independence—and in many cases the lives—of people with disabilities, as they depend on personal assistance. What would happen if the people who assist persons with disabilities to cook and shower, among other things, cannot perform their jobs?

Economic resilience is also a challenge for people with disabilities during the crisis, as they are over-represented in poverty. Lastly, but not less important,, policies to promote isolation at home seem to be increasing violence against women and children, and evidence shows that women and girls with disabilities suffer higher rates of violence.

Luckily, it’s not all bad news. The UN Convention on the Rights of Persons with Disabilities gives a mandate to governments to guarantee safety in risky situations. The countries that are following this mandate included four strategies in their emergency plans to mitigate risks: (i) give information in accessible formats, (ii) understand the needs that local authorities have in order to provide services for persons with disabilities, (iii) identify the assistance needs of people with disabilities, and (iv) keep contact information updated.

The region has shown it is highly capable to respond to extraordinary circumstances. Extraordinary solutions have been created by very capable technicians in the region who have understood the historical responsibility they face. Timely decision making will save lives. For example, Peru brought together a Decree in record time to leverage and consolidate information on the whereabouts and needs of persons with disabilities in order to provide solutions in real time. Excellent!

The story of the Decameron continues with 7 beautiful women and 7 gallant men of the Florentine aristocracy that, just as the aristocrats today, took advantage of the quarantine to go and spend time in their luxurious country house. However, none of them had Down Syndrome, was blind, or in a wheelchair. If that had been the case, they wouldn’t have been able to leave Florence to enjoy pleasure and happiness. Their ending would´ve been more like the hell in the Divine Comedy. People with disabilities are no longer doomed to this precarious end, but there’s still a lot to go. With good practices like the one in Peru the next crisis will surely find us in better shape. People with disabilities in Florence or in any other place in the world will have the same opportunity to survive than anyone else. Life is a right and it can’t be that ones are worth more than others.