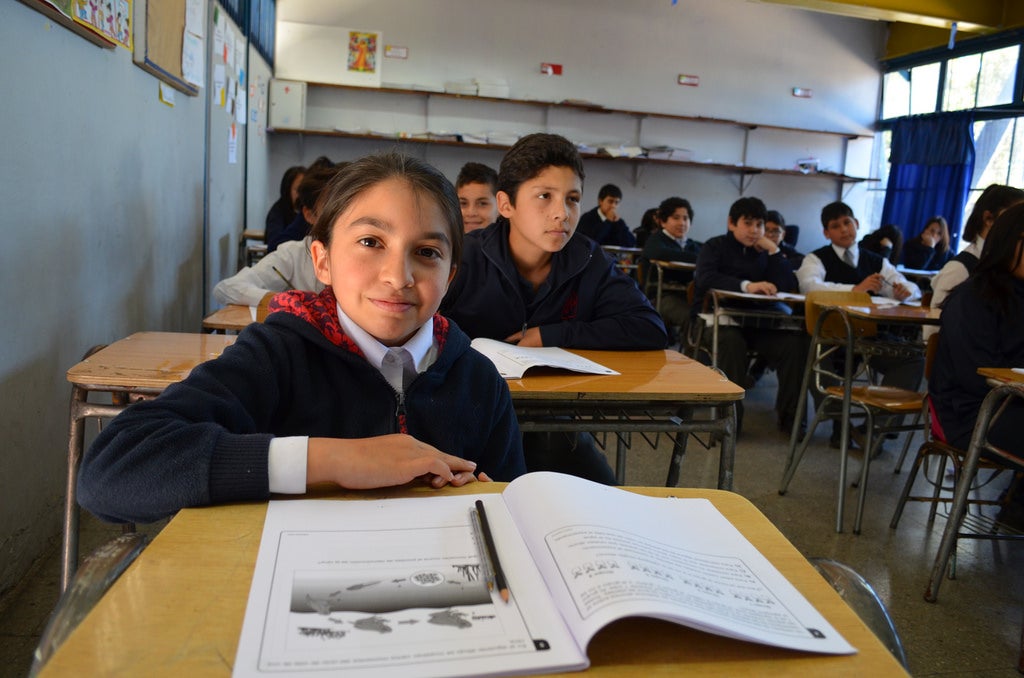 From the 554-foot high Washington Monument down Constitution Avenue towards the United States Congress in Washington, D.C., they marched by the thousands:  physicists, biologists, chemists, zoologists, economists, and scientists from virtually every other discipline. The first ever March for Science April 22, along with its teach-ins, and its companion events in hundreds of other cities around the world from Sydney to Seoul, was a celebration of science and evidence-based policy. And it resounded in a world where objectivity and facts have come under assault.

But the March was also a reminder. For certain disciplines, like education, where subjective opinion and fads customarily take precedence over evidence, it served notice that the scientific method matters. It matters deeply for policymakers deciding basic questions of national development.

Consider some of the basic interventions for boosting skills at the primary school level in Latin America and the Caribbean. Should governments reduce class size? Or should they expand the school day from four to seven hours? Few questions could be more important for building young minds. And few could be more in need of the scientific method to determine if they really work. Yet only a handful of evaluations ―none in Latin America and the Caribbean― have been conducted on the efficacy of reducing class size, and none on extending the school day. This makes no sense. For a region that might spend at least 50% more per student extending the school day alone, adopting such polices with no more than theoretical backing is shooting in the dark.

In mid-2017, the Research Department of the IDB will launch its upcoming flagship report Learning Better: Public Policy for Skills Development with an emphasis on  evidence-based solutions. The report will review all the stages of skills development. These include early childhood in the home; daycare; primary, secondary and university education and job training for adults. It will help guide policymakers through the steps for effectively evaluating interventions and review existing evidence to provide recommendations as to how governments can boost the abilities and productivity of their populations.

Cost-effectiveness is always a principal focus in this application of the scientific method. For example, parenting programs, which teach parents how to stimulate cognitive development in their young children using talk and play, are examined in numerous different contexts to provide a sense of what works best and at what price. So are cheap but successful interventions at the primary school level. This includes an extremely inexpensive program in Peru, which provides intrinsic motivation to students with a short lecture on how the brain, like a muscle, can always become stronger and better with practice. It has been shown to improve learning by 10-15% in the course of a year. An inexpensive program that provides detailed and standardized lesson plans to teachers, combatting disorganized schooling in the process, also has been shown to be highly effective.

Then there are the challenges of secondary education. Why is it that the region has become increasingly good at getting kids to school, using stimuli like conditional cash transfers, but still has so much trouble getting them to stay in school and graduate?  And if kids don’t stay in school how can we facilitate their transition to the labor market? What kind of inexpensive training programs in Latin America have been shown to help both high school graduates and dropouts access the formal sector? And how do these compare to more intensive apprenticeships in places like Austria, Germany, Australia and New Zealand?  The evidence for many different programs is presented. And so is the need for more study in areas where evidence is lacking.

Between 2000-2013 alone, the global health sector conducted 22,000 experimental evaluations. Billions of dollars were invested in empirically-oriented research to develop diagnostics and drugs that help cure disease and extend lifetimes. By contrast, only 900 evaluations were carried out around the world on potential skills-related interventions, according to research compiled in the upcoming flagship.

The new study seeks to combat that trend in the interests of Latin America and the Caribbean. “I need to advocate for the use of real, unbiased scientific facts in any policy decisions,” Michele Millham, a researcher in personalized medicine, told The New York Times before participating in the March on Science. In a similar spirit, the upcoming flagship, Learning Better: Public Policy for Skills Development, will advocate for the scientific method. It will provide guidance as to how to better employ it in the service of policymaking and lay out the case for the interventions that evidence shows to be most effective in nurturing minds from the beginning of life through schooling and beyond.