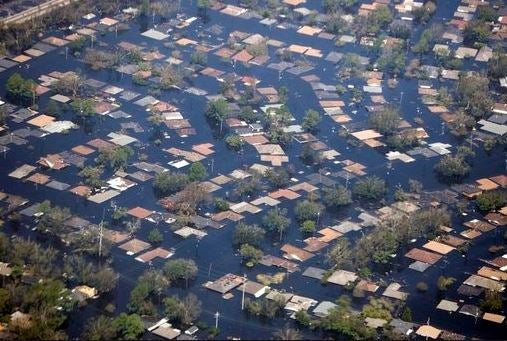 The immediate effects of floods are well known and frequently devastating.  Lives are lost and homes and possessions destroyed or damaged by water, while crops can be ruined or washed away, affecting livestock as well as people. Workers and firms alike lose irreplaceable days of productivity, and they can incur crippling expenses in the absence of adequate insurance—a widespread problem in developing countries.

Other effects, though, persist long after the waters subside and daily life returns to normal. Since floods and other extreme weather events are expected to become both more frequent and more intense as climate change continues, understanding past impacts can help prepare for future shocks.

One step toward such understanding has been taken by economist María Fernanda Rosales of the University of California, Irvine as part of the project “The Impact of Climate Change on Health in Latin America and the Caribbean.” Analyzing household survey data from Ecuador’s coastal lowlands and more elevated interior, the author takes advantage of the “natural experiment” of the 1997-98 El Niño phenomenon, which produced heavy rainfall on South America’s western shores, to see how flooding affects health outcomes and potential for developing skills over the course of a lifetime.

The study revealed stark differences between more and less-affected areas. In utero exposure to floods—especially during the critical growth period of the third trimester—results in low birth weight and reduced stature five and seven years later. In utero exposure to flooding additionally makes affected children more likely to suffer from anemia than their highland counterparts. Moreover, children exposed to floods in the first trimester of pregnancy score lower than others on the Peabody Picture Vocabulary Test, an internationally used measure of cognitive development.  This finding, though distressing, is unsurprising from a biological perspective: the first trimester, particularly the embryonic period, marks a time when the brain, heart and other major organs begin to develop and the baby is highly vulnerable to damage.

It is impossible to say how exposure to floods translates into negative health and cognitive outcomes in each and every case.  Still, several results of El Niño exposure offer likely explanations. Households affected by the 1997-98 El Niño experienced a decline in income. The regions most affected by floods also experienced the greatest losses in agricultural production, which appear to account for at least some of that income reduction. Food consumption dropped as well, notably including food consumption by children under the age of five, with negative effects on child development.

Especially disturbing is the impact of floods on breastfeeding, a major contributor to child health and development. Exposure to El Niño floods decreased the duration of exclusive breastfeeding and increased the duration of non-exclusive breastfeeding, which suggests disruption of food supplies for both mothers and children. In addition, possible effects on maternal health and milk production include contaminated water, infectious diseases, and dehydration. Further research is needed to determine more precisely how breastfeeding is affected and what policy responses may be needed.

Shocks to health and development in utero and in early childhood can produce deficits in cognitive abilities and the ability to learn new skills, a process that economists call “human capital formation.” Such permanent setbacks imply lifelong limitations for individuals in earnings potential and other aspects of wellbeing, and when those setbacks occur on a wide scale—and repeatedly—they pose a challenge to a country’s development.

There are a variety of possible policy responses for minimizing the impacts of floods and other extreme weather events on child development in Ecuador and other developing countries. In general, social protection and safety nets can be used to make households more resilient in the face of shocks that affect, parental stress and family health. This is especially important for disadvantaged families with children and pregnant women. More particularly, policies should target pregnant women at the earliest possible stage, rather than just shortly before birth, to reduce the effects of shocks on children’s health and cognitive skills. Other possibilities include the expansion of crop insurance to buffer income losses and housing policies to encourage careful location and construction of homes. All of these measures fit easily into existing development frameworks.