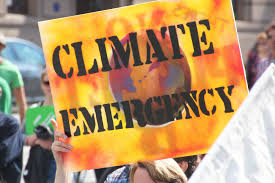 2015 was without a doubt a year for raising awareness, at least as far as the environment is concerned. We closed the year with the Climate Change Summit in Paris, where 195 countries reached an agreement that aspires to limit global warming to 1.5 degrees centigrade by 2100. With that agreement, the heads of state and their representatives in attendance committed to reducing their nations’ greenhouse gases and designing strategies to accomplish it.

Here at Ideas Matter we’ve been sharing examples of extreme meteorological phenomena like droughts, tornadoes, floods and high temperatures, like those that have affected the East Coast of the United States. These have been intensified by El Niño as a result of global warming.

The risks of heat waves are also a reality in the countries of Latin American and the Caribbean, whose citizens live overwhelmingly in latitudes subject to greater temperatures both presently and for the foreseeable future. Today, and with the idea of continuing to share end-of-the-year trends, we describe three effects of climate change on health, which we bet, you aren’t aware of.

1) Exposure to high temperatures can make us “shorter”

Though very serious, the immediate effects of extremely high temperatures — fatigue, ruined workdays and holidays – don’t encompass all the effects. In some cases, the impact of high temperatures can persist throughout one’s life and even be fatal.

A study on Mexico carried out by the economist Jorge M Agüero of the University of Connecticut examines data on temperature collected at the district level between 1960 and 1990 and household surveys of 65,000 people born during those years when heat waves became more frequent. The author found that exposure to high temperatures during the critical years of early life leads to decreased adult height. More exactly, adult height is reduced as a result of exposure to high temperatures during early childhood (1 to 4) and adolescence (10 to 15), the key periods of human growth.

Still, it is not precisely clear how extreme heat results in shorter adults. Is the heat suppressing appetite or affecting digestion and thus affecting growth? Do adults leave home to buy food less often, or do they buy less food because the heat limits their ability to work in the informal economy? Are heat waves increasing contamination and its effects to the point where they have long-term impacts on health? Or does agricultural production decline so much that some homes simply have less food? More research needs to be done to determine the impact of heat waves so as to be able to come up with appropriate policies to address the problem, especially for vulnerable segments of the population.

A study in Brazil showed that increased neonatal mortality — for example, death within 27 days of birth — is associated with excessive nationwide rainfall throughout the year, and, in the largely impoverished northeast, during the summer. Above-average temperatures in the northeast during those months also seem to increase neonatal mortality, while the high summer temperatures increase it in the central-western region during the fall.

The weather seems to have a less definitive, but no less important impact on birth weight. In rural homes — which tend to be poorer and suffer from inadequate housing — exposure to below-average temperatures during the third trimester of pregnancy leads to low birth weight, just as exposure to extremely high or low humidity does. High temperatures during the second trimester of pregnancy are also associated with low birth weight among rural households.

A study in Ecuador reveals that exposure to flooding when babies are still in the uterus —especially during the critical growth stage of the third trimester — makes them more likely to suffer from anemia than their peers from higher elevation areas. Moreover, children who are exposed to floods in the first trimester of pregnancy perform worse on the Peabody Picture Vocabulary Test, an internationally-recognized measure of cognitive development. This discovery, though worrisome, is not surprising from a biological perspective: the first trimester, especially the embryonic period, marks a moment when the brain, heart and other important organs begin to develop and the baby is acutely vulnerable.

Although the El Niño phenomenon is nothing new, its manifestations in the context of climate change are becoming ever more intense, and it is everyone’s responsibility to develop new and better ways to minimize the damage.